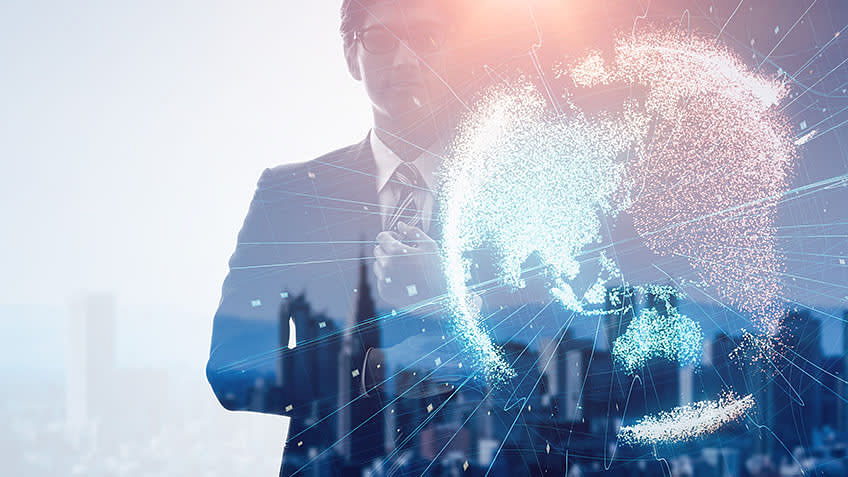 Today’s tech-driven economy, and the digital transformation underway throughout most industries, makes ongoing education and the willingness to learn new skills critical to long term success. Professionals seek post-college training for a number of reasons, typically in the pursuit of a new career or promotion. Bangalore-based professional Daksha Yajaman decided to brush up on his skills after accepting a new job with a startup, hoping it would help him become more efficient and effective.

While he was able to improve his performance—not to mention his salary—Yajaman was pleasantly surprised to experience broad, personal growth from his coursework in Lean Six Sigma as well. In fact, his story illustrates just how intertwined most peoples’ professional and personal lives really are. The following is a Lean Six Sigma Course review, from the vantage point of Yajaman’s journey with Simplilearn.

Startup Culture and the Desire for a Better Process

Working at a startup can be exciting, invigorating, and a true adventure. It also can be quite challenging to manage the ups and downs, and uncertainty, that comes with working at a new business. A few years after starting his career at Ezetap Mobile Solutions Pvt. Ltd, Yajaman realized that by harnessing the power of a proven business process methodology, he could greatly improve his own output.

“Working with a startup is not so easy,” Yajaman explained. “We have to set up so many processes, understand the drawbacks of each, and come up with solutions.”

Having earned his MBA in 2009 in finance and marketing, Yajaman had a cursory knowledge of quality management methodologies such as Lean and Six Sigma. He did extensive research to determine which methodology was right for him, and then read reviews before choosing a provider. He decided that Lean Six Sigma was the ideal methodology not only for his current role but also his future endeavors. Positive reviews and an assessment of what would be the right fit led him to choose Simplilearn as his education provider.

Even though startups typically require long (and sometimes odd) hours, Yajaman was able to complete Simplilearn’s Lean Management Certification Course without compromising on his efforts at Ezetap. A few months after receiving his certification, he was promoted to a senior-level role and given a 20 percent raise. Encouraged by his success, he decided to press ahead and enrolled in Simplilearn’s comprehensive Lean Six Sigma Green Certification Training, earning his internationally recognized certification in September, 2019.

The overall goal of learning and applying quality management methodologies such as Lean and Six Sigma (developed by Toyota and Motorola, respectively) is to continually improve the speed and quality of a given organization’s output. Other than its broad adoption by manufacturers and other large organizations, there are numerous reasons why learning Lean, Six Sigma, or the combination of the two (embraced by Yajaman) is good for your career.

If your employer is already using these methodologies, then formal training can help fast track your learning curve. But, even if there is no formal organizational adoption of Lean, Six Sigma, or Lean Six Sigma, learning these can make you a more effective member of your team. When you learn this methodology, you train your mind to think more analytically within a professional setting and you become more of an asset to your employer. Of course, having a certification also opens you up to more employment opportunities.

At the most basic level, Lean is focused on increasing speed, while Six Sigma is about improving quality. Both methodologies approach this on a continual basis, as opposed to making only periodic process changes, which is essential to today’s hyper-competitive markets.

Central to Lean Six Sigma is the five-step DMAIC process:

It’s a smart (and proven) methodology, but how do you decide which learning platform to use? We believe Simplilearn offers world-class courses, but don’t take our word for it. Lean Six Sigma Green Belt Certification Course reviews give our offering high marks, and Yajaman rates it “five stars” for its intuitive coursework and career-ready orientation. The fact that he was promoted so soon after receiving his certification illustrates its quality. But, he said, application of the knowledge learned in this course wasn’t just limited to his day job.

Advancing in one’s career is always a reason to celebrate, especially when it’s the result of hard work and a well-executed plan. Naturally, Yajaman’s career success had a positive impact on his life in general. However, his knowledge of Lean Six Sigma allowed him to greatly improve his wife’s vacation rental business. People would book their stay through airbnb and other intermediaries, but occasional problems (i.e., no hot water, problems with air conditioning) often went unnoticed after they were pointed out online.

Yajaman saw an opportunity to consolidate these reviews and better respond to customer complaints. Since bookings are done online, he put a feedback form on the various booking sites and segregated the issues based on priority, using what he learned in his Lean Six Sigma course. By resolving the issues based on priority, he was able to help his wife decrease the negative feedback, increase the positive ratings, and bring in more customers.

He credits Simplilearn’s practical approach to the coursework for inspiring him to apply the methodology to various aspects of his life outside of the office. Not content to slow down, Yajaman plans on exploring Simplilearn’s suite of IT service management courses next.

Get Certified Today, for Your Career and Beyond

We hope this Lean Six Sigma course review helps inspire you to dig deeper and explore your professional (and personal) goals. Simplilearn’s applied learning courses, featuring a blend of live, instructor-led courses, self-paced tutorials, and hands-on projects, will help you be career-ready upon completion. Seize your future today!