Top Artificial Intelligence Stats You Should Know About in 2021 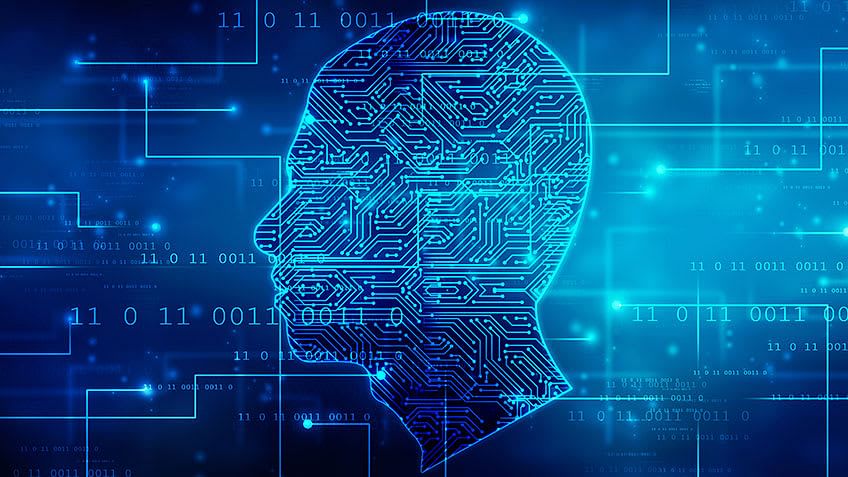 In this digital age, the adoption of smart, data-driven technologies in enterprise applications is happening at an unprecedented rate, which is disrupting traditional workplace strategies and transforming the business landscape like never before.

From healthcare to automobiles, agriculture to hospitality, manufacturing, or education, AI is increasingly impacting every industry. The technology is enabling organizations to increase efficiency, reduce costs, improve customer experience, boost revenues, and gain competitive advantage in the marketplace.

Services and solutions leveraging AI, such as virtual assistants, chatbots, facial recognition systems, voice search, and self-driving vehicles, are no longer science fiction stories of yesterday. They are now a reality, affecting every aspect of the modern-day world.

Artificial Intelligence Stats That Matter in 2021

1. Big Companies Will Most Likely Implement an AI Strategy

Artificial Intelligence stats from MIT Sloan show that 75 percent of top executives believe that AI will allow their organization to grow and achieve a competitive edge.

2. Most Consumers Think That AI Will Improve Their Lives

According to a survey by Strategy Analytics, 41 percent of the respondents in India, China, Western Europe, and the United States feel that emerging AI technologies will create a better life for them.

3. A Lot of People Are Unaware That They Use AI Platforms

One of the strange Artificial Intelligence facts is that only 34% of consumers realize that they are directly experiencing AI, according to a study published by Pegasystems Inc. However, when surveyed about technologies they use, it was found that 84% actually use one or more AI-powered devices or services.

AI-powered voice-search feature on smartphones, smart speakers, and other voice-enabled gadgets is becoming increasingly mainstream, thanks to the technological advancements in the field of speech-recognition. Current Artificial Intelligence stats point out that 41 percent of people who use smart devices utilize the voice-search feature as often as once a day.

6. Asset Maintenance Is at the Forefront of AI Automation

According to Artificial Intelligence stats published in a Capgemini study, the most popular AI use cases in the manufacturing sector include predicting when machines are likely to break down and recommending the best time to perform maintenance. The study shows that nearly 29 percent of AI applications in the manufacturing industry are for keeping production assets up and running.

Paris-based French multinational food corporation, Danone S.A., is implementing Artificial Intelligence to predict and plan the demand for its packaged food products. Forbes reports that by adopting AI, Danone has been able to reduce its forecast errors by 20 percent and product obsolescence by 30 percent.

Aware of the fact that 60 percent of consumers choose the best-priced offers, leading retailers are planning to implement AI systems by 2021 to optimize the pricing of their products, according to Artificial Intelligence stats released in a study by IBM.

Leading research and advisory firm Gartner, Inc. predicts that over the next decade, AI-enabled proactive chatbots will boost customer experience by anticipating the needs of customers and connecting with them at an emotional level. According to Gartner, advanced chatbots will be able to process 95 percent of customer interactions, cutting the human involvement to 5 percent.

According to a global survey by LivePerson, 38 percent of the consumers surveyed gave positive feedback regarding their perception of chatbots. While 51 percent of end-users took a neutral stance, the remaining 11 percent voiced negative perspectives.

11. AI Can Boost the Operating Profits of the Automotive Industry

According to Capgemini’s Accelerating Automotive’s AI Transformation report, major automakers will be able to increase the operating profits by 16 percent through the deployment of Artificial Intelligence in production facilities and in supply chain operations. Gains will come from reductions in operating costs, including raw materials, labor, administration, logistics, maintenance, and inspection.

12. by 2030, AI Will Contribute Significantly to the GDPs of World’s Leading Economies

Artificial Intelligence stats published by the Statista Research Department show that the contribution of AI to China's GDP will be 26.1 percent by 2030, the highest in the world, followed by North America (14.5 percent), and the United Arab Emirates (13.5 percent).

It’s Time to Build a Career in AI: Here’s How to Get Started

The World Economic Forum’s Future of Jobs Report 2020 states that by 2025, greater adoption of technology will transform many jobs, tasks, and skills. According to the study, 43% of businesses intend to downsize their workforce as a result of technology integrations. The report also indicates that in 5 years, employers will equally divide tasks between machines and humans, displacing over 85 million jobs.

The data cited above point to the fact that, in this age of disruption, upskilling is mandatory for survival.

If you just graduated, or have expertise in a different field, you can explore the free courses offered by Simplilearn, Introduction to Artificial Intelligence Course to develop foundational AI skills through skill-based learning modules. For more advanced training, consider pursuing the AI & Machine Learning Master’s Program or the Artificial Intelligence Engineer Master’s Program to accelerate your career in the booming field of AI.