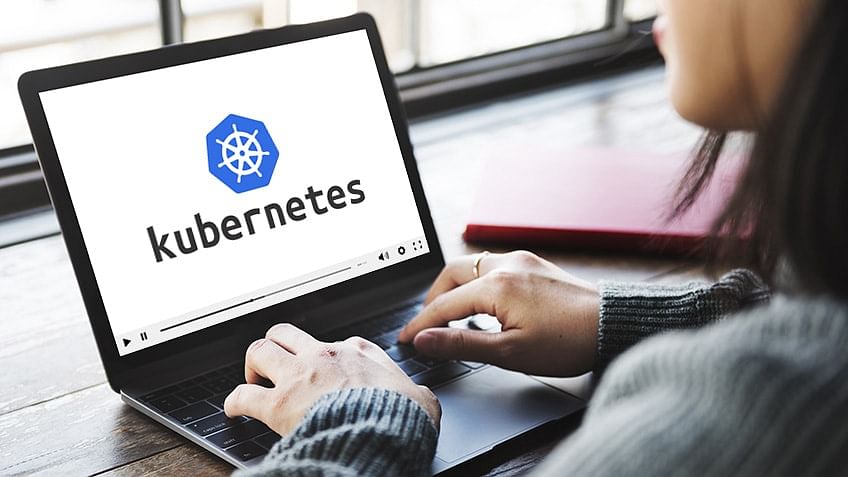 Kubernetes is a portable, extensible, open-source platform for managing containerized workloads and services—with a framework to run distributed systems resiliently. Kubernetes is also responsible for scaling requirements, failover, deployment patterns, scaling, load balancing, logging, and monitoring, much like PaaS offerings, and operates at the container level rather than at the hardware level. In this Kubernetes tutorial you’ll learn the benefits of using Kubernetes, differences between Docker Swarm and Kubernetes, various features like portability and framework support, and also learn how to install it on Ubuntu. So start learning now, understand the Kubernetes architecture, prepare yourself for a Kubernetes interview, and become an expert in the field of development.

The topics covered in the Kubernetes tutorial are:

The Kubernetes tutorial will ready you with a cloud computing concept that is cutting-edge and is actively being adopted. It's the next big thing after Virtual Machines as it simplifies the process application deployment to great extents. As more businesses start using Kubernetes, they will need certified Kubernetes DevOps professionals, making it an emerging career prospect.

At this time, it is being used in top organizations such as Spotify, Google Cloud Platform, and SAP, and Pinterest. This Kubernetes tutorial will teach you skills that will help you prepare for relevant Kubernetes job openings.

Kubernetes was primarily developed to solve deployment hassles for engineers working with technologies that use containerized solutions such as Docker. This Kubernetes tutorial covers the following key applications of Kubernetes used across the industry.

Kubernetes enables developers to deploy their applications in distributed environments by providing a controllable framework. They can connect the Kubernetes API for managing application workloads across multiple containers. This enables them to build a robust system that automates several server management processes.

It also reduces the system upkeep as Kubernetes features several DevOps processes in-built. Commonly, developers use this for deploying the following type of applications.

Applications that have complex dependencies usually present challenges while migration and execution of updates. With Kubernetes, this problem is solved as applications can be packed in the container form.

Kubernetes provides an interface for managing containerized applications so that the process of development to deployment can be made simpler. Therefore, it has a strong use case in the container DevOps that are harder to manage using other practices.

It comes with the following features for managing containerized applications.

Kubernetes finds significant application in the DevOps domain as it automates several processes associated with it. When applications are being deployed in distributed environments, it's hard to track each resource usage, actively manage infrastructure for all of them.

But with Kubernetes, a majority of DevOps tasks are controlled automatically. Some of them are mentioned below.

Kubernetes has been developed with the vision to support the hybridization of cloud resources. This refers to creating a balanced system that utilizes Virtual Machines in alignment with containerized applications.

This hybrid system makes it easy for a business that relies genuinely on its legacy cloud to adopt Kubernetes easily. The process is called creating Heterogeneous Clusters that strike the perfect balance between containers and individual servers.

In addition to that, Kubernetes also allows the utilization of resources from other public clouds such as AWS and Microsoft Azure. You can configure a workflow that uses AWS Elastic Block Storage for persistent storage in your solution.

Who Should Learn Kubernetes?

Kubernetes primarily deals with server and system management. Hence, it is best suited for IT administrators and Cloud Engineers who want to foray into the role of Kubernetes Administrator.

All kinds of Cloud Infrastructure Management professionals, may it be DevOps engineers or System Admins can benefit from learning Kubernetes. The quick adoption of the technology in enterprise IT signals that a firm career footing can be developed based on Kubernetes' skills. The Kubernetes tutorial covers all these things comprehensively.

Some of the prerequisites on your path to learning Kubernetes will be a decent knowledge of how Docker and containers work. These systems are different from Virtual Machines and Virtual Private Servers, which are widely used in the industry.

Other concepts such as Network Configuration and Linux will also come handy in grasping Kubernetes quickly but are not mandatory. Many cloud engineers with prior experience are enhancing their skills with Kubernetes.

1. What is Kubernetes?: Your Next Open Source Platform

Kubernetes is an open-source platform for managing containerized applications with several DevOps features. The platform enables cloud engineers to readily deploy their applications in distributed container clusters without having to worry about aspects like autoscaling or health checks.

In this Kubernetes tutorial, you will learn about how Kubernetes came into existence and two of its widespread applications in the industry - DevOps and Container Orchestration.

You will also learn about various Kubernetes features such as Resource Bin Packing and Secure Configuration Management. These features are critical to understanding how Kubernetes works.

The Kubernetes tutorial covers the benefits of using Kubernetes over Virtual Machines and the added advantages that businesses can extract out of it. This includes everything from making applications highly scalable to increasing the speed at which applications are developed. You will be able to grasp an excellent theoretical overview of Kubernetes before jumping into the core concepts. If you're a beginner, this tutorial will teach you some of the essential prerequisites that will come handy when you're setting up containers.

2. Understanding Kubernetes Architecture and Its Use Cases

Kubernetes uses a unique architecture to manage disparate systems. You will learn how this architecture operates alongside its components such as Pods, Nodes, Clusters, and the Master. These components interact with each other to lay down the framework in which services run.

Finally, after having covered the basic concepts and details about Kubernetes, the tutorial has the top 30 questions that are usually asked in interviews related to Kubernetes job profiles.

These questions have been cherry-picked for easy preparation. It's always good to have definite answers to tricky Kubernetes questions such as K8s and Heapster. If you're preparing for an interview any time soon, it'll be worth going through these questions for your advantage.

You also get to increase your knowledge about the common terminologies and buzzwords surrounding Kubernetes in this Kubernetes tutorial.

Kubernetes promises infrastructural efficiency and DevOps automation, which is hugely beneficial for most cloud environments. After being open-sourced, technology has gained immense popularity and is showing fast adoption by top companies.

Therefore, start your Kubernetes journey with our first tutorial lesson on “What is Kubernetes? Your Next Open Source Platform”.The lesson will familiarize you with the technology in a detailed manner, covering the theory on which the Kubernetes platform is built.

You'll be able to answer the fundamental questions such as Why Kubernetes, What are the core features and What benefits does it provide to the users? All these questions must be lurking in your mind since you've heard the term. So, now is the right time to cut the clutter and understand the terminologies properly.

No matter if you're a complete beginner in IT or have worked with Kubernetes before, this Kubernetes tutorial lesson will help you solidify your understanding of the same. Begin the first lesson now.