Top 21 Cyber Security Stats You Should Know About in 2023 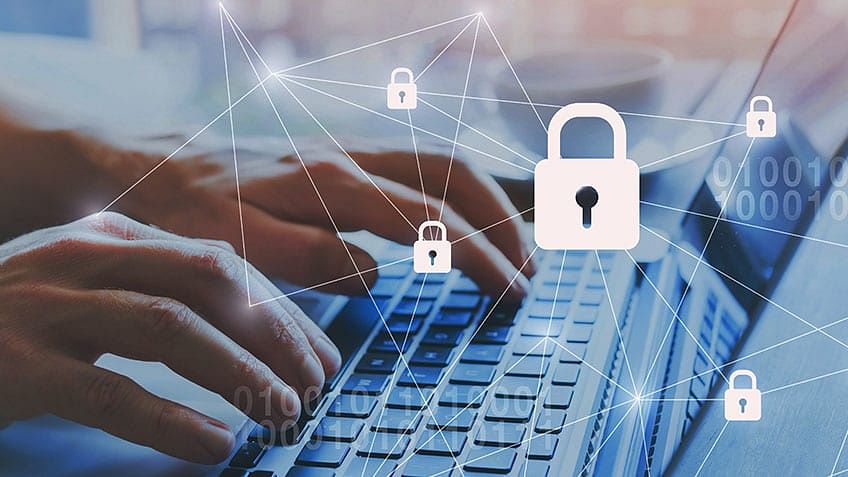 We are living in what can be called the “golden age” for hackers and cybercriminals. Shocking, but true. The ever-growing number of public IP addresses and access points, a dramatic increase in the volume of Internet traffic, and the massive amounts of data that the world generates today, combine to create a highly favorable environment for cybercriminals to exploit vulnerabilities.

In addition, today's cybercriminals operate in groups, and often function as tech startups, recruiting elite programmers to develop innovative cyber-attacks. As hackers become smarter and more inventive, new and advanced methods of cyber-attacks are emerging on a daily basis.

2020 was a year hit by unprecedented cyber-crimes, with a high number of data breaches, ransomware attacks, and even sophisticated state-sponsored cyber-attacks.

During the first half of the year, the multinational hotel chain Marriott International reported that hackers accessed 5.2 million records, involving the personal data of guests, through employee login credentials at one of their franchise properties.

Before the shockwave of this cyber-attack receded, a large-scale cryptocurrency scam, in the middle of the year, rocked the entire spectrum of the global business landscape.

In August and September, the New Zealand Stock Exchange was subject to a slew of cyber-attacks, which forced the stock exchange to halt trading several times.

Around the same time, London-based multinational low-cost carrier, EasyJet, revealed that a high-tech cyberattack led to a data spill, affecting around 9 million customers.

To top it all, the Wall Street Journal reported that hackers had installed malware into IT company SolarWinds' Orion software and accessed critical data of blue-chip companies, hospitals, universities, and U.S. government agencies.

According to the report, at least twenty-four major organizations, including Nvidia, VMware, Cisco, and Intel, fell victim to the malware embedded into the Orion software.

In the second half of 2020, when the world was struggling to deal with the coronavirus pandemic, cybercriminals did not even spare Covid-19 vaccine research institutions, targeting seven high-profile establishments from around the world, including one in India.

Let us now begin with the cyber security stats related to costs.

1. According to a report by multinational professional services company Accenture, a cyber-attack in the form of malware can cost an organization 2.6 million dollars.

2. An IBM study shows that among all industries, data breach costs in the healthcare sector are the highest at 7.13 million dollars.

3. In its research, professional services network Deloitte found that the average spending on security increased from 2,337 dollars per employee in 2019 to 2,691 dollars in 2020.

4. The amount of business lost because of cyber-attacks averaged 1.52 million dollars, a report by IBM states.

5. Information loss is the most costly component of cyber-attacks at about 5.9 million dollars, according to Accenture's "Ninth Annual Cost of Cybercrime Study."

6. Data breach incidents cost the U.S. 8.64 million dollars, the highest globally, followed by the Middle East at 6.52 million dollars, as per the "2020 Cost of a Data Breach Report" published by IBM.

9. In October 2020, researchers at a California-based security firm, Zscaler, identified 17 apps infected with the Joker malware, prompting Google to remove those apps from its Play Store. Researchers said the malware was programmed to steal user data. Another study suggests that entertainment (7 percent) and lifestyle (15 percent) make up the most common categories of malicious apps.

10. The rate at which smaller companies with 1 to 250 employees are affected by malicious emails is 1 in 323, according to the Symantec threat report.

We will next look at the cyber security stats and facts for 2023.

12. The global research and advisory firm Gartner, Inc. forecasts that the worldwide cybersecurity market will reach 170.4 billion dollars by 2022.

13. 95 percent of security breaches happen because of human errors.

15. Global cybersecurity threats are on the rise, nearly 68 percent of business leaders agree.

16. Verizon's 2020 Data Breach Investigations Report found that 86 percent of the data breaches were motivated by financial reasons, while 10 percent were cyber espionage.

18. 37 percent of malicious email attachments were .dot and .doc, followed by .exe with 19.5 percent, according to the Internet Security Threat Report.

20. Over 80 percent of the reported cybersecurity threats were phishing attacks.

Upskilling Is Mandatory to Cope With the Changing Threat Environment

The coronavirus pandemic is ushering in a dramatic transition to a digital ecosystem. As businesses start to re-open, more and more companies across all industries are striving to restructure their work practices to facilitate a digital transformation of their core processes. While companies are initiating a paradigm shift towards digitization, it is becoming increasingly crucial for them to upskill their workforce to make them ready for cybersecurity challenges.

To keep up with the fast-changing business dynamics, organizations require proficient cybersecurity professionals who are adept at using state-of-the-art cyber tools to combat and eliminate potential threats, data breaches, and cyber-attacks. The biggest challenge, however, that most organizations face in upskilling their personnel is the dearth of personalized learning modules that employees can access with ease from anywhere, at any time.

Leading multinational companies, such as Bosch, PepsiCo, Inc, Citibank, Dell, Microsoft, Amazon, and VMware, have already registered for Simplilearn's SkillUp program to upskill their employees in the most in-demand cybersecurity capabilities for free. Click here to know more about SkillUp.