Top Data Science Facts You Should Know About in 2023 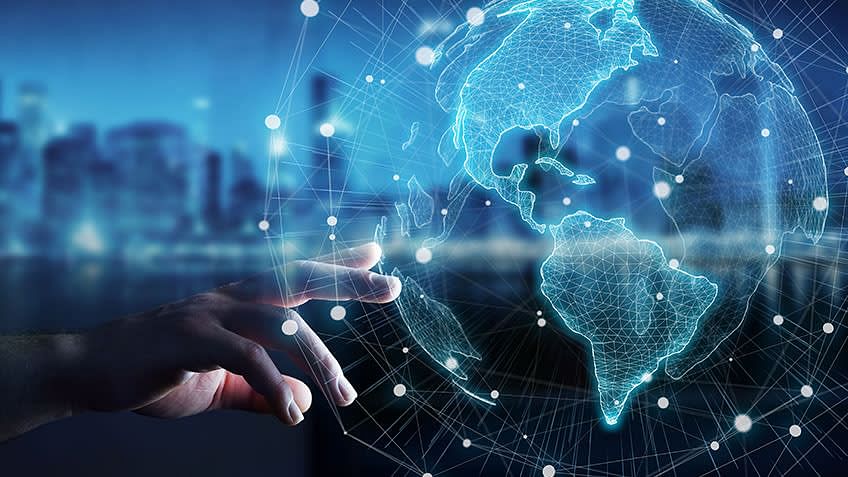 Rising growth in internet adoption and rapid technological advances in device connectivity are driving the flow of data at an exponential rate, prompting organizations to find different ways of transforming the data influx into business insights that facilitate more informed, smarter decisions.

Today, most people are familiar with how eBay, Amazon, YouTube, or Netflix augment the user experience by providing personalized recommendations on what to buy and what to watch. Performing such tasks would be impossible without gaining insights from data related to the search history of users. That's where data science comes in.

Data science, sometime in the year 2008, shot to prominence and has since then gathered upward momentum to become a dominant trend in the IT field. The popularity and acceptance of data science have soared over time because it enables businesses of all sizes to identify patterns in data, consequently helping to explore new markets, manage costs, increase operational efficiency, and build a competitive advantage.

The following document presents data science facts and data science stats that every aspiring data scientist should know in 2023.

First, What Is Data Science?

A massive amount of data is produced every day as a result of the growth in the number of mobile users, rising internet penetration rates, and the accessibility of different eCommerce apps. Data science is a discipline that is in charge of gathering, processing, modeling, and analyzing data in order to acquire a better understanding of the data. Businesses use data science to improve decision-making, boost revenues, and accomplish growth.

Here are some updated facts connected to Data Sources:

All types of content, such as photos, videos, reels, text, and audio, are considered user-generated content. UGC refers to user-generated content that is published anywhere online or on social media, including blogs, forums, websites, and online reviews. These data science statistics let us get a good understanding of how much data is produced globally and how unprepared we are to process it.

Let us now look at some of the Benefits of Data Science in 2023.

There are several benefits of Data Science, and every major and minor company in the world relies on its data to run its business. Let us look at some quick facts to understand better:

According to a data science report published by software company Anaconda, 75 percent of data scientists say that they always or frequently use the open-source Python programming language for data science-related tasks. Python dominates the data science landscape, and the trend is expected to continue in 2021.

Listed below are the stats for other popular programming languages:

Data science has been one of the top jobs in recent times with a good salary statistic. Let us look at some facts to analyze the current Data Science Job and Salary insights:

Now, let us look at the Data Science Statistics Facts that give us an insight into the future.

To provide a clearer picture of what the future holds, consider some of the most significant data science statistics. Below are some astonishing Data Science Statistics for the future:

Let us now look at quick FAQs to clarify what we have learned till now.

1. Does data science have a future?

The field of data science is still young and has a promising future that will persist for many years. The two main causes of the rising demand for data science are advancing technology and the production of enormous amounts of data. Data science will have a better and longer-lasting future as a result of anything from businesses' inability to handle enormous amounts of data to changes in data control rules to the astounding growth in data creation and handling.

2. Can I learn data science online, or do I need a degree from a university?

A university degree in data science is very acceptable, but you must never forget that time is of the essence. A strong, well-rounded university degree in data science could be an excellent option if you are considering your options for continuing your education after graduating from college. If you are changing careers, you probably won't want to continue your education for at least another two years before finding a job.

It is irrelevant in the world of work how long it takes you to learn data science or whether you have a top-notch certification. A business is most interested in hiring a tech-savvy individual with a set of demonstrated talents (supported by a portfolio of completed projects).

3. How do careers in data science work?

4. How good of a coder should a Data Scientist be?

Although knowing how to code is a need for every data science profession, prior programming experience is not necessary to get started in this field. It goes without saying that a person seeking employment in data science should be knowledgeable of specific programming languages and related technical tools, and employers of Data Scientists typically demand such skills. However, a Data Scientist's arsenal of coding tools is unquestionably less comprehensive than, say, that of a software engineer or computer scientist. Since there aren't many programming languages that can be used to solve data science problems, learning the fundamental data-related methods and techniques of just one of them can be a great place to start.

Data science is a broad area of study that requires a variety of skills and competencies in addition to coding, such as an analytical mentality, knowledge of statistics, probability, and linear algebra, effective storytelling, and business domain expertise.

5. What are the forecasts for the application of data science in 2023?

IoT technological innovation will be required, and it is anticipated that it will work in tandem with data science to realize predictable, repeatable, and measurable outcomes.

The use of AI-driven support will increase. It's likely that it will take the place of the present dashboards and do away with the "Swivel Chair" interface.

6. What qualifications and skills do employers want in a Data Scientist?

The most fundamental technical abilities that employers typically want from a Data Scientist are as follows:

This does not imply that any data science position would require you to have all of those abilities. You should study the job description for each organization in question and compile a list of the unique technical skills and equipment they demand in order to understand what they are looking for in a Data Scientist.

The most sought-after soft skills for a Data Scientist are those listed under:

Many fresh graduates believe that they cannot pursue a career in data science because their university course did not cover essential skills related to big data analytics. Likewise, experienced professionals think they lack confidence because they never had the chance to upskill, which would have given them hands-on experience that most employers demand today. If you are a data science aspirant and feel the same way, Simplilearn can help.

As the world's number one online bootcamp and certification course provider, Simplilearn has launched a SkillUp program, which incorporates free resources that attendees can access from anywhere, anytime. Employees from multinational organizations, including Bosch, PepsiCo, Microsoft, Amazon, Citibank, Dell, and VMware have already enrolled with Simplilearn's SkillUp program for skill-based learning. You can join their ranks today. Click here to learn more about Simplilearn's industry-recognized SkillUp program.