DevOps Training in Bangalore, in collaboration with Caltech CTME, prepares you for a DevOps career. This course combines the roles of operations teams and software developers. Simplilearn's tried and tested applied learning approach offers a combination of live online classes, labs, and other resources, all to give you a better hands-on experience. 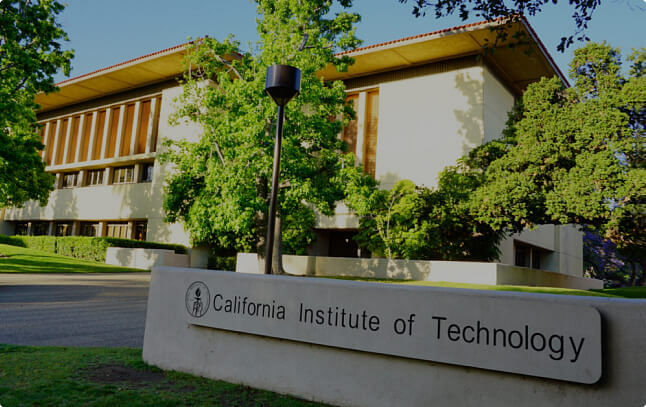 Why Join this Program

Looking to enroll your employees into this program ?
Inquire Now

DevOps Training in Bangalore gives you the know-how to improve the development and operational activities of your team. You will amplify your DevOps skillset by undertaking hands-on projects in continuous deployment, as well as using configuration management tools such as Ansible, SaltStack, and Puppet, resources you can work with when you enroll in the DevOps course in Bangalore.

The Post Graduate Program in DevOps in collaboration with the California Institute of Technology’s Center for Technology and Management Education (Caltech CTME) leverages Caltech’s academic excellence in DevOps and related technologies.

Start your DevOps journey by taking our step-by-step Post-Graduate Program in DevOps that will prepare you for DevOps Engineer roles, thanks to a comprehensive curriculum covering everything such as Git, GitHub, Docker, CI/CD with Jenkins, Kubernetes, and much more.

Disclaimer - The projects have been built leveraging real publicly available data-sets of the mentioned organizations.

Interview preparation to help you land your dream job

Career mentoring to help you achieve your career goals

According to IDC, 40% of DevOps teams will invest in tooling and focus on business KPIs by 2023. The number of organizations releasing codes for specific applications will increase to 30% by 2023 from the current 3% (as of 2019).

This devops course caters to working professionals from a variety of industries and backgrounds; the diversity of our students adds richness to class discussions and interactions.

Coming from a non-DevOps&nbsp;background, it was earlier difficult for me to carry-out various DevOps projects at my company. So, I took Simplilearn&nbsp;PGP in DevOps&nbsp;in association with Caltech CTME. After the course, my company gave me many DevOps&nbsp;projects such as the opportunity to configure and maintain the Nexus Repository which is used to store all our Artifacts for Development team. Simplilearn goes by its name &lsquo;learn simply&rsquo;.

What other learners are saying

The application process consists of three simple steps. An offer of admission will be made to the selected candidates and accepted by the candidates by paying the admission fee.

An admission panel will shortlist candidates based on their application

Selected candidates can begin the program within 1-2 weeks

For admission to this Post Graduate Program in DevOps, candidates:

We are dedicated to making our programs accessible. We are committed to helping you find a way to budget for this program and offer a variety of financing options to make it more economical.

We have partnered with the following financing companies to provide competitive finance options at 0% interest rate with no hidden costs.

We provide the following options for one-time payment

Got questions regarding upcoming cohort dates?
Talk To An Admission Counselor

Bangalore was formerly remarked as “Silicon Valley of India”. Now it's referred to as “Bengaluru” which is one amongst the most important cities within the state of Karnataka. Bangalore is the capital of Karnataka, with a population of 12,764,935 in 2021. Bangalore is 741 km2 in size and sits at 920 metres above water level .
Bangalore accounted for 38% of India's total IT exports in 2014, generating US$ 45 billion. Bengaluru's economy contributes quite 87 percent to Karnataka's GDP, with 98 percent of the state's software exports coming from Bengaluru.

Annual rainfall in Bangalore has ranged from 500 mm to 1350 mm during the past 100 years, with a mean of 970 mm.Bangalore was referred to as the headquarters of a number of India's leading national heavy industries even before it had been dubbed the Silicon Valley of India.

Bangalore's parks and nightlife are also well-known. There are many attractions, historical places, temples, hotels and entertainment spots in Bangalore. Some of them are listed below: