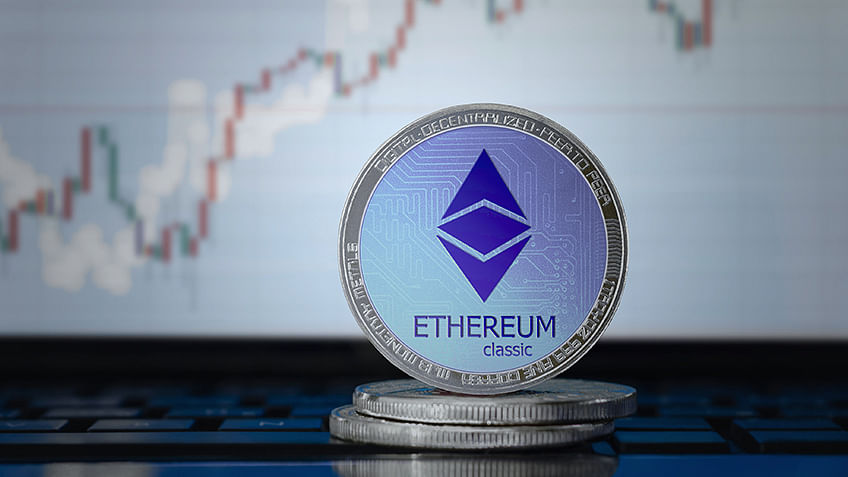 Ethereum is considered by many to be the second most popular cryptocurrency, surpassed at the moment only by Bitcoin. The Enterprise Ethereum Alliance (EEA) has some big-name founding members too, including Microsoft, Intel, and JPMorgan Chase, according to The Motley Fool. “The adoption of Ethereum by the corporate world,” says CNBC, “means it could eventually be bigger than its early stage rival.” That means it’s time to get to know the Ethereum platform, including its features and applications and what makes Ethereum different from Bitcoin.

These are the most important features of Ethereum and before going deep into the Ethereum tutorial, let’s discuss each of these features in more detail.

Also, if you want to deploy a contract on Ethereum, you will need gas, and you would have to pay for that gas in ether. So gas is the execution fee paid by a user for running a transaction in Ethereum. Ether can be utilized for building decentralized applications, building smart contracts and making standard peer-to-peer payments.

Smart contracts are revolutionizing the way how traditional contracts worked, which is why it is important for you to know about them in this Ethereum tutorial. A smart contract is a simple computer program that facilitates the exchange of any valuable asset between two parties. It could be money, shares, property or any other digital asset that you want to exchange. These contracts can be created by anyone on the Ethereum network. The contract consists primarily of the terms and conditions mutually agreed on between the parties (peers).

The transfer of any asset or currency is done in a transparent and trustworthy manner, and the identities of the two entities are secure on the Ethereum network. Once the transaction is successfully done, the accounts of the sender and receiver are updated accordingly, and in this way it generates a trust between the parties.

In traditional contract systems, you sign an agreement, then you trust and hire a third party for its execution. The problem is that in this type of process, data tampering is possible. With smart contracts, the agreement is coded in a program. The result is not verified by a centralized authority; it is verified by the participants on the Ethereum blockchain-based network. Once a contract is executed, the transaction is registered and cannot be altered or tampered, so it removes the risk of any data manipulation or alteration.

EVM is a runtime compiler to execute a smart contract. Once the code is deployed on the EVM, every participant on the network has a copy of the contract. When Elsa submits the work on Ethereum for evaluation, each node on the Ethereum network will evaluate and confirm whether the result given by Elsa has been done as per the coding requirements, and once the result is approved and verified, the contract worth $500 will be self-executed and the payment will be paid to Elsa in ether. Zack’s account will be automatically debited, and Elsa will be credited with $500 in ether.

The Ethereum tutorial video includes a demo on the deployment of a Ethereum smart contract.

How Does EVM Work?

Suppose person A wants to pay person B 10 ethers. The transaction will be sent to the EVM using a smart contract for a fund transfer from A to B. In order to validate the transaction, the Ethereum network will perform the proof-of-work consensus algorithm.

The goal of the miners on the Ethereum network is to validate the blocks. For each block of transaction, miners use their computational power and resources to get the appropriate hash value by varying the nonce. The miners will vary the nonce and pass it through a hashing algorithm—in Ethereum, it is the Ethash algorithm.

This produces a hash value that should be less than the predefined target as per the proof-of-work consensus. If the hash value generated is less than the target value, then the block is considered to be verified and the miner gets rewarded.

In Ethereum, a process called proof of stake is also under development. It is an alternative to proof of work, and is meant to be a solution to minimize the use of expensive resources spent for mining using proof of work. In proof of stake, the miner—who is actually the validator—can validate the transactions based on the amount of cryptocoins he or she holds before actually starting the mining. So based on the accumulation of cryptocoins the miner has beforehand, he or she has a higher probability of mining the block. However, proof of stake is not widely used as of now compared to proof of work.

To understand the gas limit and the gas price, let’s consider an example using a car. Suppose your car has a mileage of 10 kilometers per liter and the price of petrol is $1 per liter. Then driving a car for 50 kilometers would cost you five liters of petrol, which is worth $5. Similarly, to perform an operation or to run code on Ethereum, you need to obtain a certain amount of gas, like the petrol, and the gas has a per-unit price, called gas price.

If the user provides less than the amount of gas to run a particular operation, then the process will fail and the user will be given the message “out of gas.” And Gwei, as noted above, is the lowest denomination of ether used for measuring a unit of a gas price.

Bitcoin uses SHA-256, and Ethereum uses Ethash. The average time taken on Bitcoin for mining a block is 10 minutes, whereas on Ethereum it is 12 to 15 seconds. As of today, the mining reward for Bitcoin is 12.5 bitcoins; for Ethereum it’s 3 ethers plus the transaction fee—the cumulative transaction fees of all the transactions of a block. As of April 10, 2019, the value of 1 bitcoin is $5249.03, whereas 1 ether is $180.89.

How is Ethereum mining different from Bitcoin mining?

Below is a screenshot of an Ethereum reward that has been given to the miner of the block. As you can see, the reward is 3 ethers plus the total accumulated transaction fees of all the underlying transactions in this block, which are 0.0666 ethers.

Let’s compare decentralized applications with traditional applications. When you log in to Twitter, for example, a web application gets displayed that is rendered using HTML. The page will call an API to access your personal data (your information), which is centrally hosted. It’s a simple process: your front end executes the backend API, and the API goes and fetches your information from a centralized database.

A Dapp consists of backing code that runs on a distributed peer-to-peer network. It is a software designed to work in the Ethereum network without being controlled by a centralized system, as mentioned, and that is the primary difference: it provides direct interaction between the end users and the decentralized application providers.

An application qualifies as a Dapp when it is open-source (its code is on Github) and it uses a public blockchain-based token in order to run its applications. A token acts as fuel for the decentralized application to run. Dapp allows the backend code and data to be decentralized, and that is the primary architecture of any Dapp.

A DAO is a digital organization that operates without a hierarchical management; it operates in a decentralized and democratic fashion. So basically a DAO is an organization in which the decision-making is not in the hands of a centralized authority but rather in the hands of certain designated authorities or a group or designated people as a part of an authority. It exists on a blockchain network, where it is governed by the protocols embedded in a smart contract, and thereby, DAOs rely on smart contracts for decision-making—or, we can say, decentralized voting systems—within the organization. So before any organizational decision can be made, it has to go through the voting system, which runs on a decentralized application.

Here’s how it works. People add funds through the DAO, because the DAO requires funding in order to execute and make decisions. Based on that, each member is given a token that represents that person’s percentage of shares in the DAO. Those tokens are used to vote in the DAO, and the proposal status is decided based on the maximum votes. Every decision within the organization has to go through this voting process.

Head over to our “Ethereum Explained” Ethereum tutorial video to see an in-depth demo on how to deploy an Ethereum smart contract locally, including installing Ganache and Node in a Windows environment. And if you really want to take your career to the next level, what are you waiting for? Sign up for Simplilearn’s Blockchain Basics course or Blockchain Certification course. Remember that blockchain is the underlying technology not just for Ethereum but for Bitcoin and other cryptocurrencies. And according to Indeed, the average salary for a blockchain developer is almost $90,000 per year, and some blockchain developer salaries are as high as $193,000!