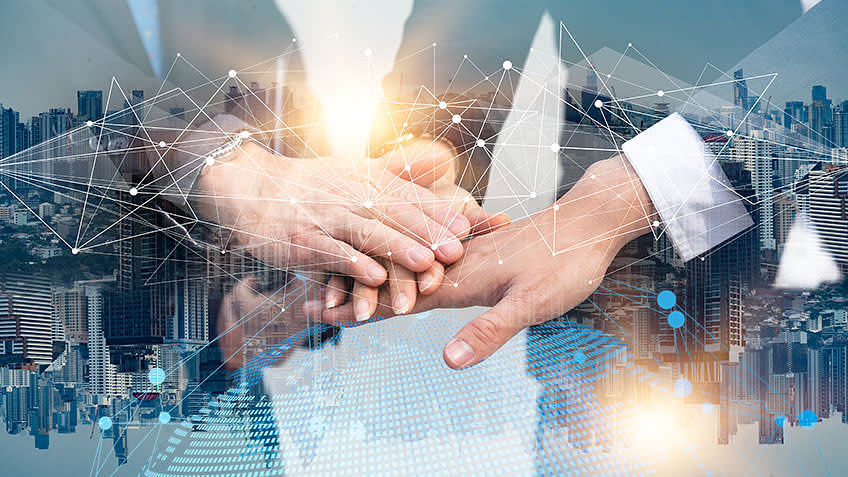 Netflix is widely regarded as the leading over-the-top (OTT) platform because of its reputation for offering users a wide variety of high-quality streaming content. The reason why Netflix's services are so popular worldwide is that the company uses cutting-edge technology like artificial intelligence and machine learning to provide consumers with more appropriate and intuitive suggestions. This article explains how Netflix uses artificial intelligence, data science, and machine learning.

How AI Integration Has Improved

Even now, over twenty years after it first launched, Netflix is still working to improve its service. Artificial intelligence has been put to use by Netflix to provide customers with the greatest possible service and experience.

Improvement in Netflix’s AI integration has made widespread individualization possible. Simply said, the AI engine keeps an eye on the flow of information and sometimes takes over so that it may make judgments and suggestions at predetermined moments.

Netflix's AI considers your viewing habits and hobbies to provide Netflix recommendations. Users can take charge of their multimedia streaming and customize their interactions owing to the system's ability to compile and recommend content based on their preferences.

It's fascinating how Netflix applies AI/Data Science/ML to running its operations, such as by implementing algorithms to provide movie recommendations and using AI to guarantee high-quality streaming even at reduced bandwidths. The following are some of the numerous applications of AI, data science, and machine learning at Netflix:

The user places great importance on the thumbnail, which is becoming an extremely prevalent trend in modern times. The thumbnail alone is enough for many viewers to determine whether or not they should watch the video in question. Over time, Netflix realized that it wasn't enough to rely on titles; it also had to provide visually appealing thumbnails to entice viewers.

Netflix AI generates thumbnails by annotating and ranking hundreds of frames taken from a preexisting movie or TV program to determine which thumbnails are most likely to prompt a click from users.

About 220.67 million people worldwide actively use Netflix each month. It becomes very difficult to provide high-quality video to everyone at once under these conditions. The use of AI has resulted in significant advancements for Netflix. Netflix AI is able to foresee how many subscribers it will have in the future. Therefore, it has room to make more technological advances. Netflix improves video quality for viewers even during busy viewing times by placing video assets near subscribers in advance.

Netflix customizes its data recommendations for each customer. A single Netflix account may be used in two distinct locations, but you will be shown different recommendations in each. Netflix AI is responsible for this function. The algorithm learns on its own and continues to gather information. Simply logging more hours on Netflix increases the quality of the Netflix recommendations sent to you. The annualized cost of Netflix's recommendation engine is close to $1 million. And its only purpose is to enhance the customer's overall satisfaction.

When it comes to how AI can be beneficial in improving advertising, Netflix AI is the gold standard. A recommendation engine is used to anticipate what sorts of movies consumers would like to view next. The success of Netflix's advertising campaigns may be directly attributed to the company's investment in machine learning and data science, two areas where Netflix AI excels.

Dive Into The World Of AI With Simplilearn

Netflix has implemented the "right approach" for employing artificial intelligence, data science, and machine learning. Instead of focusing on AI solutions first, as is often the case, the firm has adopted a product-based approach that places business requirements first. Artificial intelligence technologies that tailor the Netflix experience to each individual user have the potential to boost both Netflix's subscriber base and user happiness.

In addition, we strongly recommend that you gain certification in AI Program to understand the platform's technical elements comprehensively. A good example of this would be the automatic production of individualized thumbnails, movie lists, etc.

1. How does Netflix use AI and ML?

As users browse through the company's thousands of movies, Netflix employs AI and ML to determine which visuals are most likely to captivate each viewer. In the year 2022, it is one of the greatest ways that Netflix efficiently uses artificial intelligence.

2. How does the Netflix algorithm work?

3. What is Amazon's AI called?

Amazon's AI, known as Alexa, is a voice-activated virtual assistant that may be used to build to-do lists, place online orders and appointment timers, and get answers to frequently asked questions.

4. What is the Netflix algorithm called?

By applying an algorithm developed by Netflix, called the recommendation algorithm, the suggestions are automatically presented to users watching the service. This algorithm gives the servers of Netflix instructions to analyze the data stored in the company's databases to identify which movies a user is most likely to like watching.

5. How does Netflix use neural networks?

When a user scrolls through Netflix's extensive catalog of titles, the streaming service employs neural networks to determine which visuals most likely attract that user's attention.