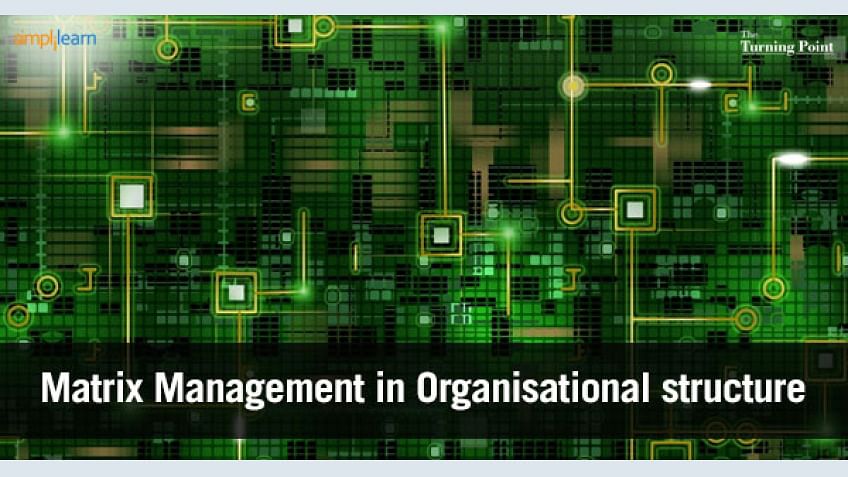 Effective organization is essential for the success of a project. A great project with the potential to increase sales and revenue manifold remains just that without effective time, resource and cost management Every organization needs an all-encompassing plan that involves the planning, leading, monitoring and controlling of resources and members to fulfill the needs of a business.  Competent managers and leaders are the blocks on which a company can build its future. They have to be able to make day to day decisions and handle issues that arise on a daily basis.

There is no right or wrong way to lead. It is the ability to achieve a balance that makes the difference. The structure of an organization is dependent on its size, number of employees, resources, regions, divisions and hierarchy followed. All this leads up to the management structure. In organizational management, a company’s structure is usually either functional or project based.  Functional Management is where the employees can be grouped together based on function, for e.g. all software Engineers working for Infosys.  Their focus is mostly on the development of applications that the business demands.

This is beneficial from an employee’s point of view, as there is an established career path. Whereas in Project Management, a group selected to work on a project could belong to various functions needed for the successful completion of that project.  The advantage of this kind of structure is that the focus is completely on the project, which helps in better utilization of the available resources. The disadvantages are that once a project is done, a project manager has nowhere to go until the next project. There is no clear career path. The organizational structure that tries to balance both the above structures is called Matrix Management.

Matrix Management Too Many Chiefs & Not Enough Braves
–Anti Pattern A matrix management is where an employee reports to both the functional as well as the project managers. S/he reports to the functional manager for daily work functions while reporting to the project manager on project related operational issues.   For the matrix management structure to work, both the managers need to be given equal weight and recognition. It calls for a delicate balance of human egos and fragilities. This management structure has a few distinct advantages.

One is the better utilization of skills and resources available. The team created could be dynamic and chosen to suit the project. The other advantage is that since people with specialized skills are pulled in, it could mean an increase in the depth of knowledge and skill set. This opens up new career paths for the employees involved in the project. Possible disadvantages are, a potential conflict between the managers regarding the distribution of time and resources. This could potentially create confusion among the other team members. This in turn could lead to loss of time and underutilization of resources, resulting in the complete failure of the project.

Another negative is the development of a conflict among the employees as to where their loyalties really lie. For e.g, an engineer would have a better relationship with his/her immediate functional manager, to whom s/he reports to as part of his/her functional profile. This could lead to a dissent in the ranks.  There is also a possibility of an increase in the costs as the number of managers increases. Every project would need two managers. In a large scale organization, as the number of projects increases so does the number of managers.

As a concept, matrix organization has lot more benefits than other organizational structures. It would take a deft hand in managing the human element as well as the costs and resources for it to be successfully implemented.