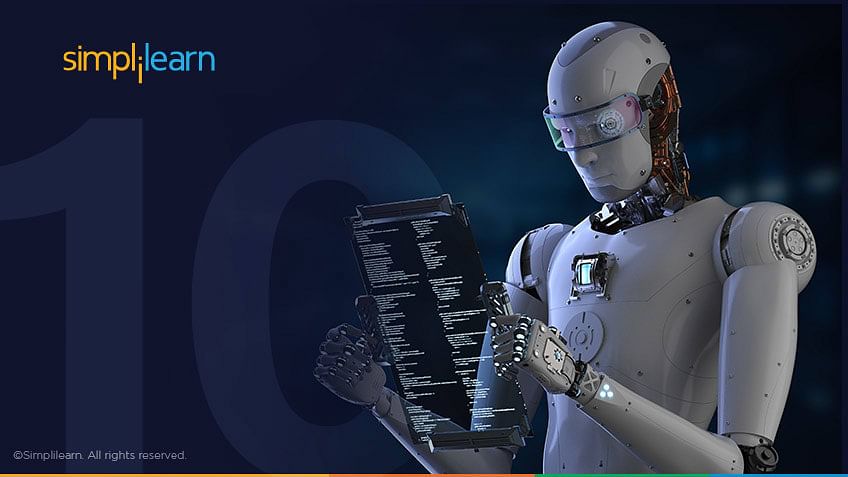 The pace of technological innovation has increased dramatically over the last century. Furthermore, over the last decade, advances in the information technology world have grown exponentially, especially in the world of Artificial Intelligence (AI) and machine learning (ML).

These changes have a growing impact on our lives, affecting everything from entertainment to personal finances, to eLearning. Let’s look back at the AI and machine learning milestones over the last ten years before considering how to navigate the inevitable and rapid changes coming in the future.

The Ever-Changing World of AI and ML

The terms “machine learning” and “artificial intelligence” first appeared in 1952 and 1956, respectively. Fast-forward to over a half-century later, and in 2010, researchers George Dahl and Abdel-rahman Mohamed proved that deep learning speech recognition tools could beat the contemporary state-of-the-art industry solutions. At the same time, Google announced its self-driving automobile project, now called Waymo. Finally, DeepMind, a pioneer in the fields of AI and deep learning, was established in September 2010. We will hear more about them later.

Everybody knows that the internet and cats share a deep and abiding relationship. So, it was unsurprising that this entertaining partnership experienced a major milestone in 2012. The Google Brain Team, led by Jeff Dean and Andrew Ng, developed a neural network that recognized cats on YouTube by watching unlabeled images from video frames.

2012 was also the year Oculus VR was incorporated and used Kickstarter to fund its first Oculus Rift virtual reality headset.  The technology was so exciting that Facebook acquired the company only two years later.  The Oculus Rift is used in many applications beyond VR gaming, including industrial visualization and design, education, and media.

In 2013, Boston Dynamics, maker of the 4-legged robot BigDog, created Atlas.  Six feet tall and humanoid in form, Atlas has since evolved to operate both indoors and outdoors and can carry out a variety of human activities, like driving a vehicle, opening and closing doors, climbing a ladder, and attaching and operating a fire hose.  Its purpose is to perform search and rescue operations in environments too dangerous for humans.

Also in 2013, Google introduced a beta test version of Google Glass.  Google Glass is a heads-up display mounted on eyeglasses and supports AR and AI applications, including facial recognition and text translation.  Over time, Google Glass has transitioned from a consumer product to an industrial tool, while some AR applications have been integrated into Android phones as Google Lens.

Google turned heads again in 2014 when it bought the earlier-mentioned DeepMind for a whopping $500 million. Meanwhile, Facebook researchers revealed their work on DeepFace, a neural network system that identifies faces with over 97 percent accuracy.

Finally, 2014 saw the invention of generative adversarial networks, a machine learning system where two neural networks compete against each other to create better solutions to problems. This competition artificially creates new, original content.

In 2015, AI continued its mastery in games when AlphaGo, powered by DeepMind, beat a human professional Go master for the first time. Google, meanwhile, demonstrated its driverless car, powered by the Waymo model.

2016 saw the world’s greatest Go player, Lee Sedol, lose to AlphaGo. Also, that year, the Face2Face program enabled users to create deepfake videos. Deepfake, a mix of the terms “deep learning” and “fake,” uses AI and ML techniques to create or manipulate audio and video footage. This development has drawn its share of controversy since technology can manipulate videos and create fraudulent or libelous content.

In 2018, generative adversarial network technology was once again in the news when a set of AI-created paintings made by machines using GAN sold for USD 400,000 at a Christie’s auction. Obvious, a Paris-based art collective of artists and AI researchers, created the artwork using a two-part algorithm that analyzed image data from 15,000 portraits from the 14th through 20th centuries.

Mimicry, Medicine and The Mayflower

Google improved on Google Assistant with the release of the extension Google Duplex, which can carry out realistic, natural conversations by imitating human voices, complete with hesitations, contractions, and realistic intonations. Users can currently employ Google Assistant to make restaurant reservations, and there are plans to expand its capabilities to routinely book other kinds of appointments and possibly serve as a translator. Think of robocalling, only much smarter and sometimes indistinguishable from real human voices.

The medical field got its turn to benefit from rapidly advancing AI technology when, in 2019, Google demonstrated a lung cancer diagnosis delivered by artificial intelligence. Powered by deep learning and using an algorithm that analyzed computer tomography (CT) scans, the system yielded greater accuracy than what human radiologists could deliver. This development is a potential bonanza for oncologists, giving them better tools for diagnosing and treating cancer.

That brings us to the present day when AI and machine learning have set their sights on the sea. The Mayflower Project plans to send a crewless, AI-controlled ship across the Atlantic Ocean, coinciding with the 400th anniversary of the Mayflower’s voyage to North America from Europe.

Artificial Intelligence and edge computing systems will navigate the Mayflower Autonomous Ship across the Atlantic, a task that’s easy compared to programming a self-driving car to navigate the streets of downtown Manhattan during rush hour. However, the sea comes with its own set of unpredictable variables that will no doubt put the AI and machine learning to the test. The voyage is planned for the fall of 2020.

A Corresponding Increase in Ethical and Human Questions

In 2020, AI and ML are on the front lines of the fight against the COVID-19 pandemic.  Researchers are using AI and ML tools to predict the spread of the virus, to do virtual drug testing to find potential treatments among existing drugs and to design potential vaccines.  Robotics even plays a role, as in the use of social connectivity robots to help residents of nursing homes stay in touch with loved ones during the quarantine.

Technological advances tend to outpace societal norms.  New rules of engagement need to be established to ensure that ethical development and practices are in place.

At the basic level, labor experts have expressed concern over people losing their jobs to robots. Privacy advocates are also alarmed about how virtual assistants and natural-sounding chatbots (with functioning vocabularies) are gathering personal information.

Using AI and ML to regulate and defend against malicious uses of similar technologies will be a developing trend in the years ahead—as Certified Ethical Hacker’s know.

AI and machine learning have created significant changes in our lives over the past decade, and the pace of innovation is accelerating.  Simplilearn offers a whole range of AI and Machine Learning courses that can provide you with the skills you need to become part of this exciting industry.

For example, the AI and Machine Learning Course explores the concepts of this fascinating technology and how it is changing the digital world. By learning concepts such as real-time data, developing algorithms using supervised and unsupervised learning, regression, and classification, you will become a machine learning engineer, ready to tackle the challenges and excitement of this cutting-edge technology.