HomeResourcesSoftware DevelopmentWhat is Hyperledger Fabric & How Does it Work

What is Hyperledger Fabric & How Does it Work 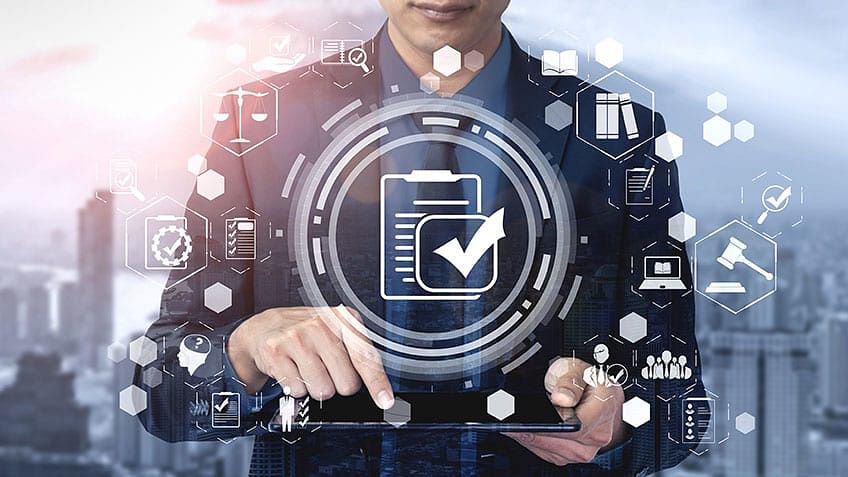 Hyperledger Fabric is a modular architecture-based framework for distributed ledger applications that provide high levels of secrecy, robustness, adaptability, and scalability. It's built to facilitate pluggable installations of various components and handle a financial ecosystem's depth and subtleties.

The Hyperledger blockchain project was established in December 2015 by the Linux Foundation (the same organization that created the Linux Operating System). This project was built to serve as a hub for developing fully public blockchain technology and distributed ledgers.

Hyperledger Fabric was founded by Digital Asset and IBM and has now evolved into a joint cross-industry effort sponsored by the Linux Foundation. The Fabric was the first Hyperledger project to get through the "incubation" stage and enter the "active" location in March 2017.

How Does Hyperledger Fabric Work?

It is a distributed ledger platform that is open, tested, and enterprise-ready. It features sophisticated privacy safeguards, ensuring that only the intended information is shared with the "permissioned" (known) participants in the network. A Hyperledger Fabric network comprises distinct organizations (or members) that communicate with one another.

For example- An organization might be a bank in a financial institution system or a shipping company in a supply chain network. Each organization has a Fabric certificate authority and one or more peer nodes in terms of Fabric components.

The Architecture of Hyperledger Fabric System

There is a notion of networks in Hyperledger Fabric allowing member companies to join and interact. A channel is a tunnel via which one organization can interact surreptitiously with other organizations that have joined the same channel. Others who do not participate in the channel in issue will never have access to any of the channel's transactions or data.

The critical components in the Hyperledger Fabric System are as follows:

Chaincode actions begin with a transaction concept and are then tested against the ledger's current state data. Additionally, Chaincode implementation provides a set of key-value entries that may be transmitted to the network and applied to all users' logs.

All modifications in the Fabric's value are documented in a damage-resistant, chronological ledger. Every operation creates a set of asset key-value pairs in the ledger, generated, modified, or removed.

Hyperledger Fabric is the backbone of a distributed transaction processing system in which all participants are recognized. Cryptographic licenses are associated with enterprises, networking devices, app developers or client applications using Public Key Infrastructure. As a result, data access control may be governed and monitored at the network and channel levels, providing safety.

Consensus comprises more than merely reacting to transaction execution, as evidenced by its prominent role in the whole operation pipeline in Hyperledger Fabric, from demand and authorization to scheduling, validation, and pledge. In a nutshell, consensus refers to the complete verification of the integrity of a block's transactions.

Instead of an open network of anonymous participants, establish decentralized confidence in a web of known members.

Only share the info you want with the people you want.

Rather than a one-size-fits-all strategy, tailoring the blockchain to industry demands a pluggable design.

Instead of learning proprietary languages and architectures, smart program contracts in the languages your team uses. The number of trust levels and verification is minimized, which keeps the network and processing clean.

Fabric networks are composed of channels that are a private ‘subnet’ of communication between different or more specified users on the web, allowing them to interact securely and secretly.

For example, on the blockchain network, each transaction occurs on a channel, and every counterparty must be authenticated and permitted to transact on that channel. This brings an extra degree of security and is particularly handy when users wish to keep their information private, such as when they're on the same network as their rivals.

A candy producer wants to distribute candies to a particular store or marketplace of merchants in the United States at a given cost and does not want to divulge that pricing in other marketplaces, i.e., Indian retailers. Because several counterparties, such as customs, a transportation firm, and a financing bank, maybe engaged in the item's transportation, the pricing may be exposed to all parties if a rudimentary form of blockchain technology is adopted to facilitate this transaction.

Hyperledger Fabric solves the problem by keeping private transactions secret on the network; simply those who have to know are privy to the information. On the blockchain, data partitioning allows particular data points to be available exclusively to those who need to know.

After bitcoin plummeted in 2018, crypto-enthusiasm rose dramatically (which hit its peak on December 17, 2017). Skepticism supplanted overly enthusiastic promises about the emerging technology's worth, and similar technologies, such as Hyperledger, also struggled from this skepticism.

There is a lot of discussion on Hyperledger Fabric versus Sawtooth among specialists. Both of these appear to be very identical; however, there are a few distinctions that you must be aware of:

There is a significant difference between the permission levels in Hyperledger Sawtooth and Hyperledger Fabric. This is because Sawtooth, in actuality, works with both permissioned and permissionless networking. As a result, there are no limitations.

Sawtooth currently has a large number of consensus algorithms to select among. Evidence of Elapsed Time, Practical Byzantine Fault Tolerance, Devmode, Raft, and PoET CFT are just a few of the features available. Hyperledger Fabric design, on the other hand, only supports Kafka, Solo, and Raft.

The Hyperledger Fabric architecture, on the other hand, only provides Crash Fault Tolerance. As a result, Fabric does not offer the maximum level of fault tolerance. Thus, even if CFT is now running well, Sawtooth is still well ahead of Fabric.

Smart contracts are, in essence, a type of business logic that allows you to organize and digitize your company contracts through the internet. In Sawtooth, transaction groups are in charge of this functionality. As a result, you'll need to employ these families to make your stored procedures easier.

Fabric, on the other hand, provides Chaincode for this purpose. This functionality manages and executes all types of reasoning and assets.

Industry Use Cases for Hyperledger Fabric

Hyperledger Fabric applications are corporation-oriented and provide a broader view of Hyperledger Fabric and its installation. Fabric may be applied to improve educational services. During the 2017-2018 academic year, IBM collaborated with several universities. Learners may utilize Fabric to effectively manage the work duties or obtain certificates accessible from everywhere.

Hyperledger Fabric architecture and blockchain technology can revolutionize a wide range of industries throughout the world. As a result, becoming educated and certified in blockchain technology is a wise investment for your future. Simplilearn's Blockchain Certification program will help you get started on the road to a rewarding profession.

This program will assist you in becoming proficient in smart contracts, fabricode, bitcoin wallets, creating transactions, and more. In partnership with IIT Kanpur, this course will help you experience real-world blockchain applications in Fintech, Healthcare, Supply Chain Management and more.