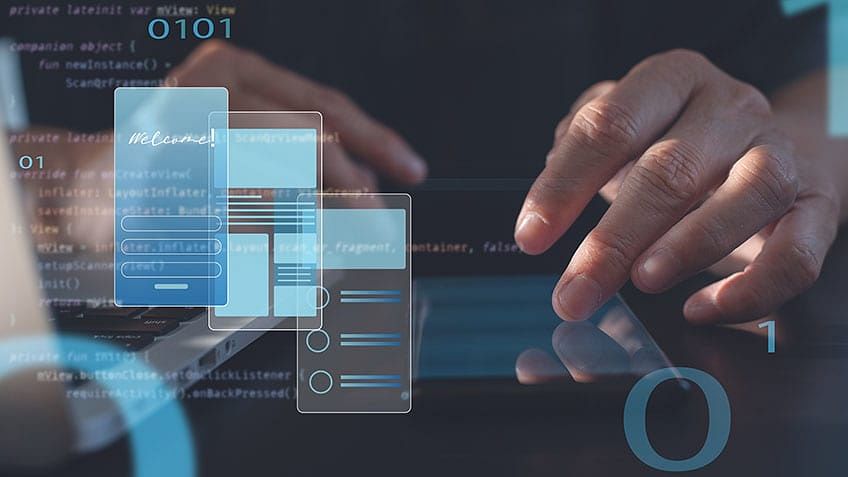 Angular is a web application framework that makes it easy to build the next generation of web applications. The framework is open-source and has been created by Google. Angular's goal is to make it easier for developers to build apps and to provide solutions for everyday problems in building single-page applications.

The angular developer typically implements the front, which includes HTML, CSS, and JavaScript code that interacts with the user interface. They also create templates and directives that are used in views and controllers. They also take care of routing so users can move around a site without reloading the whole page.

The developer needs to have a firm understanding of the Angular framework to be successful in the role. The developer must also be able to create custom directives, modules, and services and understand how these components work together. In addition, the developer will need to know how to use Angular's built-in directives, such as ngIf, ngFor, ngSwitchWhen, and ngModel.

As an Angular developer, your roles and responsibilities will include creating and implementing user interface components using AngularJS directives, creating custom directives, and creating unit tests for the executed code. In addition, you will be responsible for ensuring cross-browser compatibility for the developed code and ensuring that the code meets all performance requirements. As an Angular developer, you will also be responsible for troubleshooting any issues that may arise during the development process.

Many software companies are searching for skilled Angular developers. Their roles and responsibilities include building and testing software, maintaining existing code bases, and developing new user-facing features. To be hired, Angular developers should be familiar with TypeScript, JavaScript, and web development concepts, and they should also be able to work in a team environment and communicate effectively.

The Angular App Developer job role and responsibilities include the following:

As an Angular Developer, you will work on various web applications. The skills required for this position include solid AngularJS and TypeScript skills. In addition, you will need to be able to work with HTML, CSS, and JavaScript.

As an Angular Developer, you'll need to have a strong understanding of web development concepts and be able to use that knowledge to build user-friendly applications. The skills required for this role include the following:

In addition, you should be able to communicate effectively with a team of developers As an Angular Developer. You will work on a wide range of web applications and sites and be responsible for the front-end development of these applications using Angular, TypeScript, and JavaScript. In addition to your programming skills, you will need to understand web design principles well. Working well in a team is also essential, as you will often work with other developers, designers, and project managers—with solid attention to detail.

Why Should You Become an Angular Developer?

Angular is a robust framework written in TypeScript. It is used in the development of complex single-page applications. Being an Angular developer myself, I can attest to its many benefits. The framework is constantly updated to include new features, and the community is active.

Though AngularJS has been around for a few years, it is still gaining popularity amongst web developers. AngularJS is a JavaScript framework that can create single-page web applications. The benefits of using AngularJS are two-fold: it makes front-end development more efficient and helps make code more maintainable. This article will discuss why AngularJS is becoming increasingly popular and why you should consider using it for your next web development project.

Angular is an excellent framework for building modern web applications, and it's easy to use and a great way to organize your code. Plus, Angular is constantly being updated with new features and improvements. So if you're looking for a framework that will keep you up-to-date with the latest trends, Angular is a great choice.

Becoming an Angular developer is a great way to start or further your career in web development. Many resources are available to help you learn Angular, and this guide will point you to some of the best ones. The first step is to learn about the basics of Angular. Once you understand the framework well, you can start looking for jobs. You may have recently graduated college or university or been in the workforce for a while. Regardless of your situation, if you're interested in a career in web development, you're probably wondering how to get started. In this article, we'll go over some steps you can take to launch your career as an Angular developer.

Now that you understand the basics of what an angular developer does, what the job market looks like for these professionals, and what it takes to be successful in this career, you may be wondering how to get started. Below are five steps to help you launch your angular developer career, whether you are just beginning or making a career change.

How to Prepare for a Job Interview?

The best way to prepare for an angular developer job interview is to familiarize yourself with the framework. You should also have a strong understanding of JavaScript and HTML. It is also helpful to have a portfolio of projects showcasing your skills. Finally, practice your interviewing skills to be comfortable discussing your experience and skills with potential employers.

Hope this article was able to give you a clear understanding about angular app developer job roles and responsibilities. If you are looking to enhance your software development skills further, we would recommend you to check Simplilearn’s Post Graduate Program in Full Stack Web Development. This course, developed in collaboration with Caltech CTME, can help you gain the relevant skills and make you job-ready.

If you have any questions or doubts, please feel free to post them in the comments section below. Our team will be more than happy to get back to you at the earliest.