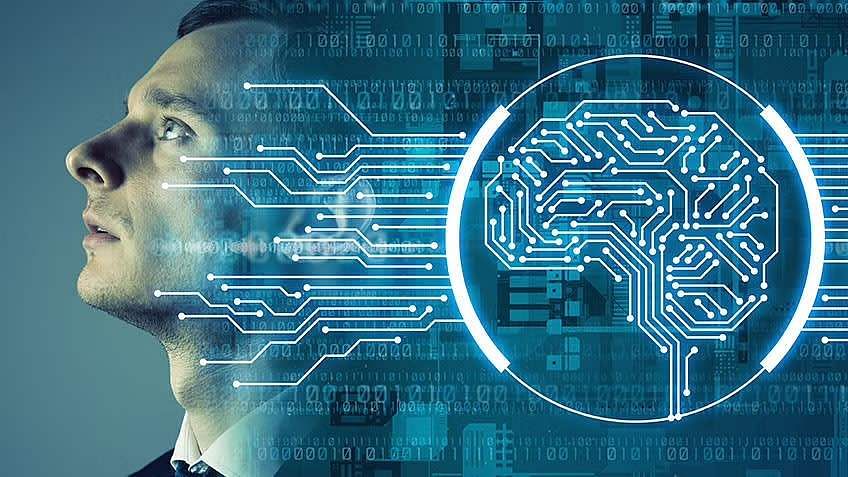 From the realm of science fiction into the realm of everyday life, artificial intelligence has made significant strides. Because AI has become so pervasive in today's industries and people's daily lives, a new debate has emerged, pitting the two competing paradigms of AI and human intelligence.

While the goal of artificial intelligence is to build and create intelligent systems that are capable of doing jobs that are analogous to those performed by humans, we can't help but question if AI is adequate on its own.

This article covers a wide range of subjects, including the potential impact of AI on the future of work and the economy, how AI differs from human intelligence, and the ethical considerations that must be taken into account.

What Is Artificial Intelligence?

The term artificial intelligence may be used for any computer that has characteristics similar to the human brain, including the ability to think critically, make decisions, and increase productivity. The foundation of AI is human insights that may be determined in such a manner that machines can easily realize the jobs, from the most simple to the most complicated.

Insights that are synthesized are the result of intellectual activity, including study, analysis, logic, and observation. Tasks, including robotics, control mechanisms, computer vision, scheduling, and data mining, fall under the umbrella of artificial intelligence.

What Is Human Intelligence?

The origins of human intelligence and conduct may be traced back to the individual's unique combination of genetics, upbringing, and exposure to various situations and environments. And it hinges entirely on one's freedom to shape his or her environment via the application of newly acquired information.

The information it provides is varied. For example, it may provide information on a person with a similar skill set or background, or it may reveal diplomatic information that a locator or spy was tasked with obtaining. After everything is said and done, it is able to deliver information about interpersonal relationships and the arrangement of interests.

The following is a table that compares human intelligence with that of artificial intelligence:

What Brian Cells Can Be Tweaked to Learn Faster?

According to the findings of recent research, altering the electrical characteristics of certain cells in simulations of neural circuits caused the networks to acquire new information more quickly than in simulations with cells that were identical. They also discovered that in order for the networks to achieve the same outcomes, a smaller number of the modified cells were necessary and that the approach consumed fewer resources than models that utilized identical cells.

These results not only shed light on how human brains excel at learning but may also help us develop more advanced artificial intelligence systems, such as speech and facial recognition software for digital assistants and autonomous vehicle navigation systems.

The researchers focused on adjusting the "time constant," or the pace at which one cell makes a decision about its own fate based on the actions of its associated cells. Some cells make decisions rapidly, while others take longer to respond and base their choice on the actions of nearby cells.

The data that AI systems are educated on and the manner in which those data are tied to a particular occurrence determines the degree of control or power that AI systems have over decision-making. Artificial intelligence robots will never be able to comprehend the idea of "action and reaction" since they do not have any sensibility. Only humans have the capacity to learn, comprehend, and then put their learned information to use by combining it with their comprehension, rationality, and thinking.

The capabilities of AI are constantly expanding. It takes a significant amount of time to develop AI systems, which is something that cannot happen in the absence of human intervention. All forms of artificial intelligence, including self-driving vehicles and robotics, as well as more complex technologies like computer vision, and natural language processing, are dependent on human intellect.

What Are the Impacts of AI on the Future of Jobs and the Economy?

The most noticeable effect of AI has been the result of the digitalization and automation of formerly manual processes across a wide range of industries. These tasks, which were formerly performed manually, are now performed digitally. Currently, tasks or occupations that involve some degree of repetition or the use and interpretation of large amounts of data are communicated to and administered by a computer, and in certain cases, the intervention of humans is not required in order to complete these tasks or jobs.

Artificial intelligence is creating new opportunities for the workforce by automating formerly human-intensive tasks. The rapid development of technology has resulted in the emergence of new fields of study and work, such as digital engineering. Therefore, although traditional manual labor jobs may go extinct, new opportunities and careers will emerge.

When it's put to good use, rather than just for the sake of progress, AI has the potential to increase productivity and collaboration inside a company by opening up vast new avenues for growth. As a result, it may spur an increase in demand for goods and services, and power an economic growth model that spreads prosperity and raises standards of living.

In the era of AI, recognizing the potential of employment beyond just maintaining a standard of living is much more important. It conveys an understanding of the essential human need for involvement, co-creation, dedication, and a sense of being needed, and should therefore not be overlooked. So, sometimes, even mundane tasks at work become meaningful and advantageous, and if the task is eliminated or automated, it should be replaced with something that provides a comparable opportunity for human expression and disclosure.

5. Growth of Creativity and Innovation

Experts now have more time to focus on analyzing, delivering new and original solutions, and other operations that are firmly in the area of the human intellect, while robotics, AI, and industrial automation handle some of the mundane and physical duties formerly performed by humans.

Do you wish to gain AI excellence within 3 months and grab your dream job role in a jiffy? If yes, enroll in Simplilearn's AI Program with Wharton Online right away and crack that job you always wanted!

Learn More About AI With Simplilearn

Artificial intelligence, once the purview of speculative fiction, is now a reality that is revolutionizing every sector and pushing humanity forward to a new level. However, it is not yet feasible to achieve a precise replica of human intellect. The human cognitive process remains a mystery to scientists and experimentalists. Because of this, the common sense assumption in the growing debate between AI and human intelligence has been that AI would supplement human efforts rather than immediately replace them.

Check out the AI Program program at Simplilearn if you are interested in pursuing a career in the field of artificial intelligence. With this AI certificate program, professionals from many walks of life may get in-depth instruction in the latest tools and techniques that will help them become effective AI business leaders.

The Future of Work Depends on AI-human Partnerships