The Global Impact of Chip Shortage in Supply Chain 2021 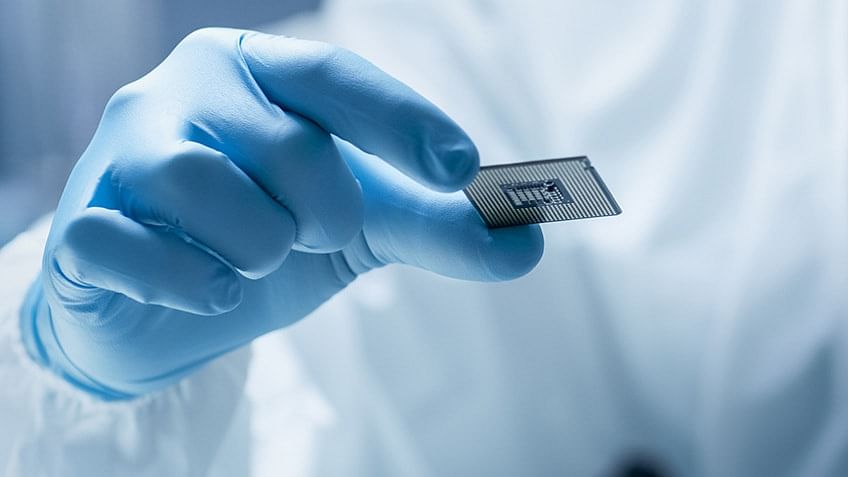 The good news is the demand for smart electronic devices shows no sign of diminishing. Consumers continue to order computers, phones, gaming consoles, cars, and appliances in high volume.

The bad news is that chip shortages are squeezing supply chains, which impacts product availability and cost. Chip shortages have been impacting new phones, auto inventories, and more.

Consumer demand for smart products has driven chip demand into the stratosphere. Tech analyst IDC wrote that worldwide semiconductor sales grew to $464 billion in 2020, an 11 percent increase over 2019. The trend is expected to continue. IDC forecasts another 12.5 percent in growth in 2021.

According to ZDNet, personal computers and other consumer products have been behind the chip sale surges. Semiconductor shipments powering computing systems rose by more than 17 percent compared to 2019 due to increased remote work and online learning.

The introduction of 5G devices has accelerated the demand for smartphones. ZDNet wrote that IDC forecasts that revenue from chips powering mobile phones will grow by 23.3 percent in 2021 to reach $147 billion. "5G phones capture 34% of all mobile phone shipments while semiconductors for 5G phones will capture nearly two-thirds of the revenue in the segment," said Phil Solis, research director for connectivity and smartphone semiconductors at IDC.

The timing of the chip shortage is presenting supply chain issues. For example, customers who tried to buy the new Apple iPhone 12 Pro had a three-week wait, and Samsung and Xiaomi may delay releasing their latest models.

The chip shortage also impacts manufacturers of home appliances powered by simple processors, such as microwaves, refrigerators, and washing machines.

Because 80 percent of chips are manufactured outside the U.S., the COVID-19 pandemic hit the supply chain hard, said Ivan Drury, Edmunds' senior manager of insights for automotive information, in a recent Pittsburgh Post-Gazette article. Weather and environmental issues have also played a role in disrupting production. A drought slowed chip production in Taiwan, and Texas chip manufacturers were affected by last year's winter storm. The article said a fire at a chip factory in Naka, Japan, added to the industry's woes.

"Something so small, but so crucial, can disrupt the industry," Drury said. "Now we're finally seeing the repercussions … it's highlighting that, yes, we live in a global economy. But at the same time, when something gets disrupted in any way, shape, or form, this is that trickle-down effect."

The auto industry perhaps has felt the chip shortage most acutely in terms of being unable to equip new vehicles.

During the pandemic, countries worldwide imposed new public health rules, automakers cut output, and car dealerships and showrooms closed. As sales dried up, the industry's OEMs (original equipment manufacturers) scaled back orders for semiconductor chips. Now that demand is back, ramping up production has taken time to catch up.

According to the Pittsburgh Post-Gazette, computer chips in newer vehicles perform critical functions such as acceleration, navigation displays, backup cameras, anti-lock and emergency brakes, and other functions. If chips are not available, finished cars sit idle.

According to Wired, the shortage has hit auto manufacturers worldwide:

Matt DeLorenzo, senior managing editor of Kelley Blue Book, said chips for autos aren't as profitable as computer or phone chips, so they're lower on the priority list. Due to the shortage, manufacturers are starting to remove digital displays in favor of physical dials to use fewer chips and get the vehicles out the door and onto car lots.

In the meantime, shortages should continue through the next couple of years. Last May, German semiconductor producer Infineon Technologies AG forecasted that microchip supply bottlenecks could continue into 2022.

Fortunately, chip manufacturers are investing heavily to ramp up production to alleviate supply chain issues. According to Bloomberg, well over half a trillion dollars of capital was committed to semiconductor fabrication, with $450 billion from Samsung, around $130 billion in President Biden's infrastructure spending, and another $100 billion from Taiwan's Semiconductor Manufacturing Co (TSMC).

Jumpstart Your Career in Software Development and Quality Management

The boost in investment can lead to promising software development and project management opportunities in the supply chain for the semiconductor industry. Simplilearn can help you increase your marketability with flexible, affordable online courses in software development. Those who want to expand into the automotive quality management field would benefit from Simplilearn's Post Graduate Program in Six Sigma, which is for professionals who wish to master continuous improvement frameworks, six sigma frameworks, and agile management practices.

How to Tackle the Talent Shortage in the Semiconductor Industry