2 Billion Bits of Info Exposed: Inside a Record-breaking Data Leak

Your One-Stop Guide to Understand Virtualization 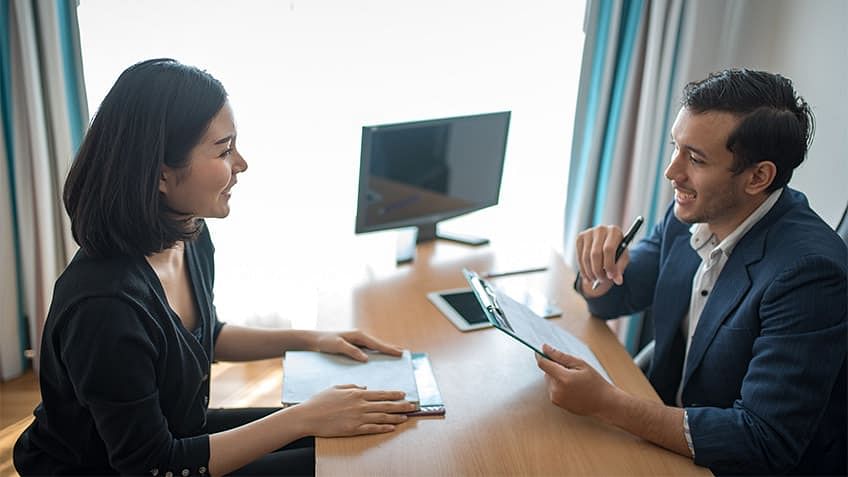 Let us start with some basic computer networks interview questions!

In a network system, an IP address is a unique software address of a computer. It is 32 bit.

3. What do you understand by DNS?

There are two types of server/client programs. One is directly used by the user and the other support application programs. Domain Name system belongs to the second type as it is used by other programs, for example, to find the IP address of an e-mail recipient.

4. What is a peer-to-peer process?

A peer-to-peer process refers to all processes on a machine that communicates at a given layer.

Network topology refers to the network's physical structure that defines how nodes or computers will be connected.

A firewall is a security system concept that helps in protecting computers from any cyber-attack or unauthorized access.

7. Tell us the maximum segment length of the 100Base-FX network.

The maximum length of a 100Base-FX network is 412 meters.

8. What is the role of the network layer in the OSI reference model?

The network layer is responsible for packet switching, control of network congestion, and data routing. This layer has routers operating under it.

9. Explain OSI and its role in computer networks.

OSI or Open Systems Interconnect is a reference model for data communication. It has seven layers, each defining a particular aspect of how network devices communicate and connect. One layer dictates how data is transmitted, while the other deals with physical media used.

10. Give the disadvantage of the peer-peer network.

As the resources to be accessed are shared by one of the workstations on the network, there is a performance hit.

Ping is a utility program that allows us to check connectivity on the network between network devices. A device can be pinged by using its device name(like computer name) or IP address.

12. What is meant by clustering support?

Clustering support is the ability of a network operating system in a fault-tolerant group to connect multiple servers. The primary purpose of clustering is that if one server fails, the processing can continue with the next server in the cluster.

13. How does dynamic host configuration protocol help in network administration?

The network administrator applies the dynamic host configuration protocol to create a pool of IP addresses instead of visiting each client computer to configure a static IP address. This pool is known as the scope that can be assigned to clients dynamically.

14. What do you understand by decoder?

The decoder is a type of circuit that converts the digital signal into an analog signal and encoded data into its original format.

15. Can you tell us about the use of Pseudo TTY?

It is a false terminal allowing external machines to log in or to connect through Telnet. No connection can take place without it.

16. Tell us about the advantages of a Modem.

Some advantages of modem are:

17. Explain Proxy Server and its function.

IP addresses are required for data transmission and are even used by DNS to route to the correct website. Without knowledge of the actual and correct IP address, it is not possible to identify the network's physical location. Proxy servers prevent unauthorized access of IP addresses and make the computer network virtually invisible to external users.

18. What are the characteristics of networking?

The characteristics of networking are:

19. What do you understand by beaconing?

When a network self-repair its issues, then it is known as beaconing. It is mainly used in Fiber Distributed Data Interface (FDDI) and token ring networks. If a device in the network faces any problem, then the devices that are not receiving any signal are notified. This way, the problem gets repaired within the network.

SLIP refers to Serial Line Interface Protocol. It is used for transmitting IP datagrams over a serial line.

Next up, we will cover the ten most advanced computer networks interview questions!

1. Can you explain what LAN is?

LAN refers to Local Area Network. It is the network between devices located in a remote physical location. It can be either wired or wireless. LANs differ from each other based on given factors:

2. What is an anonymous FTP?

Anonymous FTP allows users to access public data. The user need not identify himself to the server, and the login is anonymous. So, while using anonymous FTP, you are required to add 'anonymous' in place of the user id. Anonymous FTPs effectively distribute large files to many people without giving vast numbers of password and username combinations.

3. Tell us about UTP cable.

A UTP cable is made up of copper and has a resistance of 100 ohms. It includes 2-1800 unshielded twisted pairs surrounded by a non-metallic case. These twists provide immunity to EMI and electrical noise.

4. What do you understand by TCP?

Transmission Control Protocol or TCP is a connection-oriented protocol that maintains an established connection between communicating devices until both are done exchanging messages. This protocol is used to determine how application data can be delivered over a network using packets. It also receives and sends packets from and to the network layer and is in charge of flow control.

7. What do you understand by DHCP?

Dynamic Host Configuration Protocol or DHCP is a network management protocol. DHCP automatically assigns IP addresses to the devices on the network and is used on the UDP/IP networks. In turn, it reduces the need for a network admin to assign IP addresses manually; this further reduces errors.

8. What is the best place to install an antivirus program in a network containing twenty workstations and two servers?

The best option is to install antivirus on all the computers of the network. This will protect all devices from others in case there is a virus inserted into the server.

10. What do you understand by sneakernet?

This article is going to be helpful for everyone attending a computer network interview. As it is a complex topic, you need to be careful while answering these computer networks interview questions. You can smoothly get through the network architect interview by preparing for the topics mentioned above. We have tried to cover most of the essential things in this article. However, if you want to learn more about networking and master it in and out, you can check out our CCNA routing and switching training. What are you waiting for? Start preparing for your next computer networks interview now!