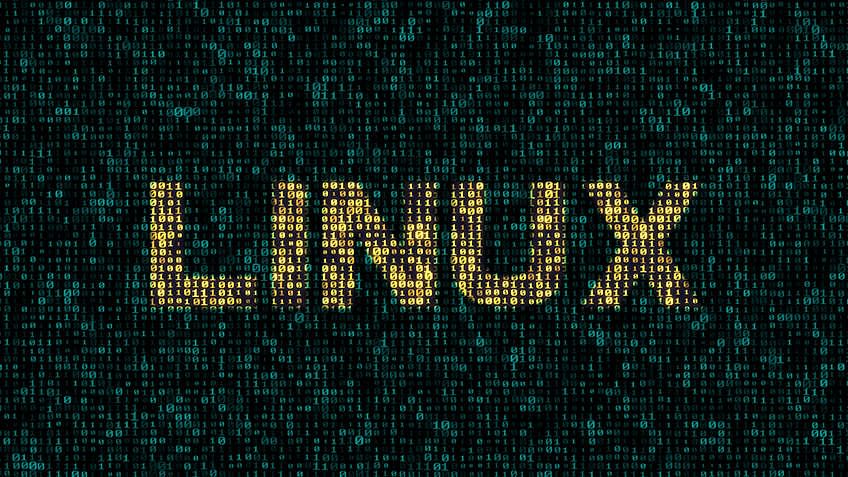 Every time a person powers up their laptop or turns on their smartphone, something miraculous happens—or so it may seem to the average tech user. By the simple press of a button, the user suddenly has access to all of the capabilities contained in their device. While this might seem like a wild and mysterious curiosity to the less technologically inclined, those that work in computer programming and development know that the only real magic is the depth of experience of the programmers and developers behind the scenes.

The fact is, most people don’t give much thought to their operating systems; however, they are central to the functions of their devices and the user experience. Today, one of the most popular operating systems in the world is Linux, and developing with it requires a specialized skill set.

Learn the fundamentals of Linux, the important command-line tools, utilities, and more with the Linux Training Course. Click to enroll now!

Linux was developed nearly three decades ago and since then has gone on to power some of the most important interfaces in the world. Where Linux was once viewed as a fringe technology, it has solidified its place on the frontlines with a reputation for stability, security, and adaptability.

For those who are interested in a career in programming, learning Linux is a must to advance your career and optimize your earning potential. We’ll discuss the most important details to know about Linux programming.

What is Linux Programming?

If we were to take Linux and condense it down to the most basic definition, it would be described as a completely open-source operating system kernel. Linux is also one of the most widely used operating systems for server-side applications. Linux is highly adaptable, which means as a kernel, its uses and applications are practically limitless.

Linux has extended beyond its identity as an operating system and has evolved into a culture and ecosystem all it’s own. While Linux is one of the most popular operating systems, it still somewhat pales in comparison to Windows and Mac OS for desktop computing applications. This has created a misconception that Linux system programming is a fringe technology, when in fact, the opposite is exact. Linux OS is one of the most utilized, powering some of the most significant and most essential infrastructures in the digital world. Linux programming is among the top skillsets for individuals looking for career opportunities as either a back or frontend developer.

While Linux system programming can be learned by almost anyone and is often used by individuals looking for a way to wedge into a free or low-cost operating system, there are some complexities to gaining skills in Linux programming. Among these complexities are the frequent updates and releases. On the surface, Linux programming is relatively easy to learn. However, the kernel is more complex and demands a wider breadth of knowledge in programming and developing. Linux programming mastery is indeed an incredible asset, and among the skills that can boost a developer’s salary. It’s also a skill set that’s best learned after acquiring a foundation of knowledge and hands-on experience.

If you’re interested in Linux programming and the expansive opportunities it can provide you from a professional standpoint, then you need to start with the basic concepts of Linux programming. This includes the type of foundational knowledge you’ll need to learn and implement Linux technology easily.

One of the most basic foundations of knowledge for Linux programming is experience with the C programming language. C is the basis of the Linux Kernel, so an exceptional understanding and ability to use C in practical applications is critical.

Additionally, it’s also necessary to become familiar with Linux from both the perspective of a developer and as a user. The range of functionality and adaptability to Linux demands a full spectrum perspective of its potential uses and applications.

Considering all of this, it only makes sense that corporate giants depending on their operating systems, choose Linux. We’re talking about digital giants that see an almost unimaginable amount of traffic daily, companies like Facebook, Amazon, and even the mighty Google.

You’ll find Linux to be widely used in servers, computer security systems, and computer architecture, as well as a host of other applications. Honestly, the versatility and security of Linux make it an ideal choice for a variety of applications that extend beyond the desktop computer. Web servers, networking gear, smartphones, and even automobiles are critical applications of Linux programming technology.

Because Linux is an open-source operating system, it’s constantly evolving, which means there’s a consistent demand for Linux programming professionals with an up-to-date skillset. If you’re interested in a career that’s focused on programming or if you’re interested in becoming a full-stack developer, having familiarity and building foundational knowledge in Linux is a must.

As a Linux programmer, your core responsibilities would center around developing and documenting computer programs for the Linux operating system, as well as debugging those programs as necessary. The daily life of a Linux programmer doesn’t differ that much from those who are general programmers and use other programming languages besides C. When looking for a career in Linux programming, you can expect to be asked many of the same interview questions as different types of software developers.

While the demand for full-stack developers is expected to rise in the coming years, the Bureau of Labor Statistics predicts that the career opportunities for general computer programmers are expected to decrease by a rate of 7 percent. There will still be plenty of employment opportunities for programmers; however, having a specialized skill set such as Linux programming will enable you to remain more competitive and stand out in the eyes of prospective employers.

Currently, the average salary for software developers with Linux skill sets is USD 72,388. Those who are familiar with Linux, as well as a range of programming languages, are positioned to command a higher salary in the workplace. Individuals with a background in Linux programming may also be interested in pursuing careers as computer hardware engineers and computer systems analysts.

Preparing for an Exciting Career in Software Development

A foundation of knowledge and experience in Linux programming is just one facet of building your skills for an exciting and rewarding tech career. For those who work as computer engineers, leaping automation testing is one of the most fulfilling career moves you can make. Simplilearn offers a course called the Automation Testing Master’s Program, which is designed to help professionals like becoming expert automation test engineers with a strong focus on software development and the automation of web applications.

In contrast to the demand for computer programmers, the need for automation test engineers is steadily growing. This is fueled by the fact that manufacturers are made to depend on automation technologies. As an automation test engineer, you’ll be involved in the hands-on development and implementation of technology to ensure the accuracy and delivery of the automation process. By enrolling in and completing Simplilearn’s Automation Testing Master’s Program course, you can significantly boost your earning potential.

Jumpstart Your Career with Simplilearn Today

Simplilearn offers a catalog of learning opportunities that put today’s most in-demand skills within your reach. In addition to the Automation Testing Master’s Program, individuals looking for a lucrative career in technology might be interested in other learning opportunities, such as Simplilearn’s courses in data science, artificial intelligence, cloud architecture, full-stack development, and more.

When you’re ready to explore where the future can take you, we’re here to help lead the way. Master the important concepts of the Linux Operating System from command line tools and utilities to concepts such as virtualization through Linux Training Course. Contact Simplilearn today and take the first step to discover the opportunities that await you.