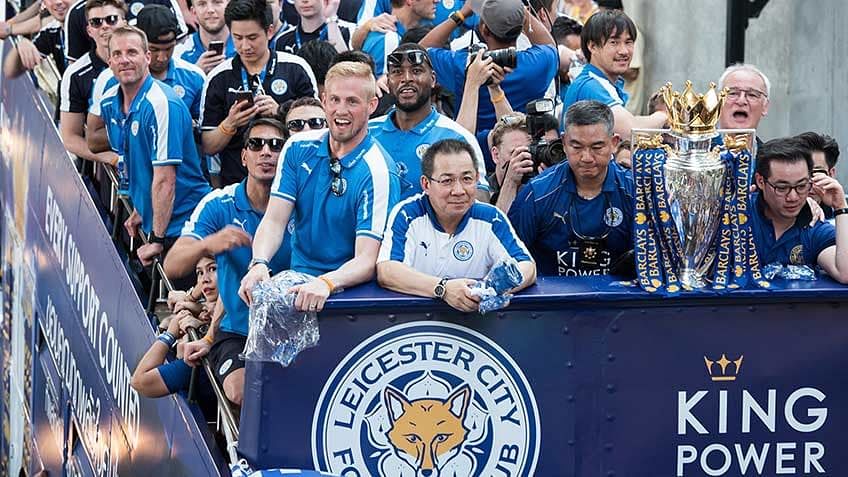 In one of the greatest sports stories of all times, Leicester City won the Premier League title of 2015/16.

Throughout the history of the Premier League, every champion, until now, has finished in the top 3 in the season before winning the title. Leicester City, however, was an exception, finishing the 2014/15 season in 14th place, 46 points behind winners Chelsea.

From escaping relegation by the skin of their teeth to winning the title, Leicester City have pulled off a truly remarkable feat.

But how did they do it?

Data Analytics may hold the answer.

In early April, when the club were on a high at the top of the Premier League points table, seasoned pundits expected them to falter as they approached the finish line.

But time was to prove them wrong. As their rivals fell by the wayside, Leicester City displayed consistent form, playing the same brand of quick counter-attacking football that had catapulted them to the top in the first place.

When the club sealed the title earlier this May, it was branded one of the biggest upsets in sports history. But when you look behind-the-scenes at the way in which the club operates, their successful campaign doesn’t come as a surprise at all.

It all comes down to a simple, underlying reason – the club’s use of data analytics and sports science is by far one of the most advanced in the Premier League. For years now, Leicester City has been using a number of different sophisticated data and analytical tools coupled with wearable technology to train right, play right, and strategize right.

According to Chris Mann, a marketing executive at Prozone Sports, tech supplier to 19 of the 20 Premier League teams, Leicester City has been using its products for 10 of the last 11 seasons. It is reported that the team receives the feed from the Prozone3 tracking data to support an enhanced assessment of the player’s fitness and conditioning through a range of physical metrics like distance covered, sprints, and high intensity runs. Data of this kind can be used to tailor players’ training regimens to individual needs.

One of the most remarkable things about this season is the relatively small number of injuries that the club’s players have suffered. The end of April 2016 saw fewer injuries in the club than any other in the Premier League.

Leicester City was successful in brushing off the tiny problems due to Prozone's tools and wearable technology - Catapult Sports' OptimEye S5, which is a small GNSS-based device. It uses reception from satellites - both Glonass and GPS. It is worn on the back.

This technology enables the users to ascertain a player's risk of getting injured at any given point of time based on benchmarked data and alerts them when they are approaching their limits.

According to Paul Boanas, the head of Europe, Middle East, and Africa at Catapult, Leicester City uses the OptimEye S5 across all first team and academy players.

In addition to the wearable technology, the club also makes use of the latest in sports science techniques including cryotherapy to accelerate recovery programs.

However, the club’s success isn’t down only to the fact that it managed to keep injury levels low. A culture of data-driven decision-making is deeply ingrained into the club’s operational approach, with high-tech products from the likes of Opta Pro proving to be the game-changer.

Pre and post-match interactive reports which include subjective comments, statistics, and match footage are used to brief players to identify weaknesses and improve performance.

Leicester City also has their very own specialist analytics room which is connected to their dressing rooms to access data through Opta's Pro Portal at half-time.

Once the final whistle blows the games are immediately coded using Opta data. The benchmarks and metrics that are key to Leicester City’s gameplay approach are also recorded so it is ready for the next Monday's debrief.

Additionally, player performance is benchmarked against the season average so they can assess how well they’re playing at any given time.

The tools that Leicester City uses are available to every Premier League club. OptaPro, as well as Prozone, works with the majority of Premier League sides and a number of Champion-League clubs. A growing array of GPS tracking tools is being adopted by the Premier League teams.

StarSports Technologies, for instance, produces a number of tracking tools and currently works with 15 of the Premier League clubs in addition to European giants like Barcelona.

The GPS tracking technology offers teams a huge advantage while monitoring the load they are putting on players in training.

With the rate of adoption of data analytics it isn’t just the business world that is benefiting from its advantages. Leicester City’s success shows that successfully leveraging data analytics tools can give sports outfits an edge over the competition.