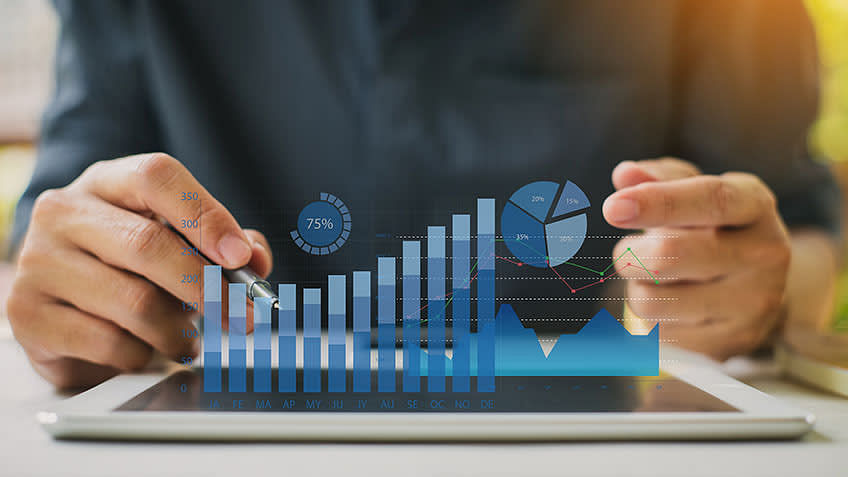 Knowing how to work with statistics is essential if you are pursuing a career in data science. But have you ever taken a moment and considered what statistics genuinely are? To the average person, statistics are just a series of numbers and other random information that clever people use to prove their point. However, statistics is both a subtle and complex concept that requires a closer look.

Experts define statistics as a science or a branch of mathematics that encompasses the collecting, classification, analysis, interpretation, and presentation of numerical facts and data. Statistics are especially handy when analysts must work with vast populations that are too extensive for specific, detailed measurements. Statistics are necessary for drawing general conclusions that relate to datasets taken from a data sample.

What Are Inferential Statistics?

That goes a lot towards defining inferential statistics. This branch of statistics takes a random data sample from a portion of the population to make predictions, draw conclusions based on that information, and generalize the results to represent the data on-hand.

The best way to get an accurate analysis when using inferential statistics involves identifying the population being measured or studied, creating a sample for that portion of the population, and using analysis to factor in any sampling errors.

If a data analyst took the data results and didn't make any projections, inferences, or generalizations, they would practice descriptive statistics. More on that later.

How Analysts Use Inferential Statistics in Decision-Making

For example, a data analyst could randomly sample a group of 11th graders in a given region and gather SAT scores and other personal information. Using inferential statistics and the data sample, the researcher could make estimates and test hypotheses regarding 11th graders in the whole country.

Or a political consultant could gather voter information from a specific precinct and establish how many people voted for each presidential candidate. Equipped with that information, the consultant could project how voters would vote for a particular referendum question.

Analysts can also use inferential statistics to predict which movies or television shows have a greater likelihood of success. Data culled from test screenings and focus groups help analysts estimate how viewers will react to a new program and its potential viewership nationwide. We’ll revisit this idea later.

Inferential statistics employ statistical models to help data analysts to compare their sample data with other samples or earlier related research. Most analysts use statistical models called the generalized linear model, including methods like ANOVA (Analysis of Variance), t-tests, regression analysis, and others that produce linear or straight-line probabilities and results.

Say, for instance, you have sample data about an upcoming new television show, gleaned from a sample of the population that watched an “as-yet-unreleased” TV pilot episode. You could use that data to generate a set of descriptive statistics that describe your sample, including:

That’s a straightforward presentation of the facts, with no speculation or guesswork. But with inferential statistics, you could take that same sample data and try to figure out whether the data can predict if the rest of the national viewing audience will like it.

There are even different ways to predict the outcome, from calculating the z-score to post-hoc testing. Z-scores, also known as standard scores, show how far away a given data point is from the mean, pinpointing its location relative to the bell curve, otherwise known as normal distribution. Post-hoc testing analyzes experimental data results, often based on a familywise error rate (the chance of arriving at a false conclusion in a group of hypothesis tests). Common post-hoc tests include:

Are you considering a profession in the field of Data Science? Then get certified with the Data Science Certification Training Course today!

What’s the Difference Between Inferential Statistics and Descriptive Statistics?

On the other hand, descriptive statistics never take things that far. It tells you that, in one survey conducted in one location, 60 percent of the people surveyed liked Cola A better, and that’s that.

In summary, descriptive statistics give you a single, clear snapshot of your current data findings. Inferential statistics take that same data and make projections based on the data’s results.

Incidentally, we should note that the two statistics share one common trait — they both rely on the same dataset.

Statistics are a Critical Backbone in a Data Science Career

Whether you’re interested in descriptive or inferential statistics, the fields of data science and data analytics offer many opportunities for motivated professionals. It’s good to learn both.

To build upon your statistics and mathematical training and boost your career, Simplilearn’s Post Graduate Program in Data Science opens the door to critical data science concepts and tools like Python, R, machine learning, and more. The acclaimed program provides hands-on labs and project work, bringing the ideas to life with the aid of skilled trainers and teaching assistants that guide and advise you along the way.

This rigorous and comprehensive bootcamp, conducted in partnership with Purdue University and collaboration with IBM, offers the ideal mix of theory, case studies, and extensive hands-on practice.

According to Glassdoor, data scientists earn an annual average of USD 113,309. Payscale shows that a data scientist in India makes a yearly average of ₹817,366. Data science is an ideal and timely career choice if you want a challenge in an in-demand vocation that also offers you financial security.

Explore Simplilearn’s catalog of data science courses today and get started on an exciting new opportunity!