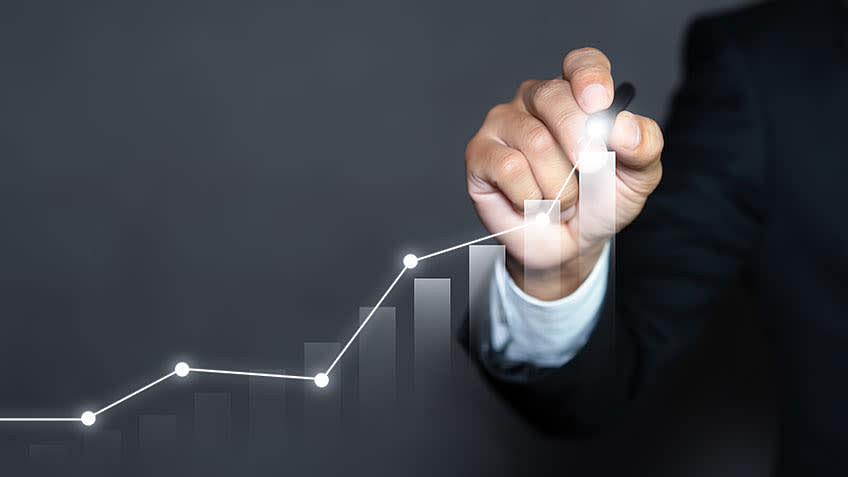 If you work with datasets long enough, you will eventually need to deal with statistics. Ask the average person what statistics are, and they’ll probably throw around words like “numbers,” “figures,” and “research.”

Statistics is the science, or a branch of mathematics, that involves collecting, classifying, analyzing, interpreting, and presenting numerical facts and data. It is especially handy when dealing with populations too numerous and extensive for specific, detailed measurements. Statistics are crucial for drawing general conclusions relating to a dataset from a data sample.

Descriptive statistics describe, show, and summarize the basic features of a dataset found in a given study, presented in a summary that describes the data sample and its measurements. It helps analysts to understand the data better.

Descriptive statistics represent the available data sample and do not include theories, inferences, probabilities, or conclusions. That’s a job for inferential statistics.

Also Read: The Difference Between Data Mining and Statistics

Start your Dream Career with the Best Resources!

If you want a good example of descriptive statistics, look no further than a student’s grade point average (GPA). A GPA gathers the data points created through a large selection of grades, classes, and exams then average them together and presents a general idea of the student’s mean academic performance. Note that the GPA doesn’t predict future performance or present any conclusions. Instead, it provides a straightforward summary of students’ academic success based on values pulled from data.

Finally, political polling is considered a descriptive statistic, provided it’s just presenting concrete facts (the respondents’ answers), without drawing any conclusions. Polls are relatively straightforward: “Who did you vote for President in the recent election?”

Descriptive statistics break down into several types, characteristics, or measures. Some authors say that there are two types. Others say three or even four.

Datasets consist of a distribution of scores or values. Statisticians use graphs and tables to summarize the frequency of every possible value of a variable, rendered in percentages or numbers. For instance, if you held a poll to determine people’s favorite Beatle, you’d set up one column with all possible variables (John, Paul, George, and Ringo), and another with the number of votes.

Statisticians depict frequency distributions as either a graph or as a table.

Mean: The mean is also known as “M” and is the most common method for finding averages. You get the mean by adding all the response values together, and dividing the sum by the number of responses, or “N.” For instance, say someone is trying to figure out how many hours a day they sleep in a week. So, the data set would be the hour entries (e.g., 6,8,7,10,8,4,9), and the sum of those values is 52. There are seven responses, so N=7. You divide the value sum of 52 by N, or 7, to find M, which in this instance is 7.3.

Mode: The mode is just the most frequent response value. Datasets may have any number of modes, including “zero.” You can find the mode by arranging your dataset's order from the lowest to highest value and then looking for the most common response. So, in using our sleep study from the last part: 4,6,7,8,8,9,10. As you can see, the mode is eight.

Median: Finally, we have the median, defined as the value in the precise center of the dataset. Arrange the values in ascending order (like we did for the mode) and look for the number in the set’s middle. In this case, the median is eight.

The measure of variability gives the statistician an idea of how spread out the responses are. The spread has three aspects — range, standard deviation, and variance.

Range: Use range to determine how far apart the most extreme values are. Start by subtracting the dataset’s lowest value from its highest value. Once again, we turn to our sleep study: 4,6,7,8,8,9,10. We subtract four (the lowest) from ten (the highest) and get six. There’s your range.

Variance: Variance reflects the dataset’s degree spread. The greater the degree of data spread, the larger the variance relative to the mean. You can get the variance by just squaring the standard deviation. Using the above example, we square 1.992 and arrive at 3.971.

Univariate descriptive statistics are helpful when it comes to summarizing huge amounts of numerical data as well as revealing patterns in the raw data. Patterns discovered in univariate data may be described using central tendency (mean, mode, and median), as well as dispersion: variance, range, quartiles, standard deviations, maximum, and minimum.

When dealing with univariate data, you have numerous alternatives for defining it.

What is the Main Purpose of Descriptive Statistics?

The prime purpose of descriptive statistics is to convey information regarding a data set. It helps in reducing a large chunk of data into a few relevant pieces of information.

What’s the Difference Between Descriptive Statistics and Inferential Statistics?

So, what’s the difference between the two statistical forms? We’ve already touched upon this when we mentioned that descriptive statistics doesn’t infer any conclusions or predictions, which implies that inferential statistics do so.

Therefore, if you stood outside that movie theater and surveyed 50 people who had just seen Rocky 20: Enough Already! and 38 of them disliked it (about 76 percent), you could extrapolate that 76% of the rest of the movie-watching world will dislike it too, even though you haven’t the means, time, and opportunity to ask all those people.

Simply put: Descriptive statistics give you a clear picture of what your current data shows. Inferential statistics makes projections based on that data.

Enroll in the Professional Certificate Program in Data Science to learn over a dozen of data science tools and skills, and get exposure to masterclasses by Purdue faculty and IBM experts, exclusive hackathons, Ask Me Anything sessions by IBM.

Why Not Become a Data Scientist?

Whether you like descriptive or inferential statistics, you can find many opportunities in the field of data analytics and data science. Simplilearn’s Professional Certificate Program in Data Science, gives you broad exposure to key data science concepts and tools like Python, R, Machine Learning, and more. Hands-on labs and project work in this acclaimed program bring the ideas to life with skilled trainers and teaching assistants to guide you along the way.

The boot camp, conducted in partnership with Purdue University and in collaboration with IBM, features the perfect mix of theory, case studies, & extensive hands-on practice. The Economic Times ranked this Data Science certification program at the top of its list.

According to Glassdoor, data scientists earn an annual average of USD 113,309. Payscale shows that a data scientist in India makes a yearly average of ₹817,366. Data science is a great career choice if you’re looking for a challenge in a secure vocation and getting well-compensated in the process!