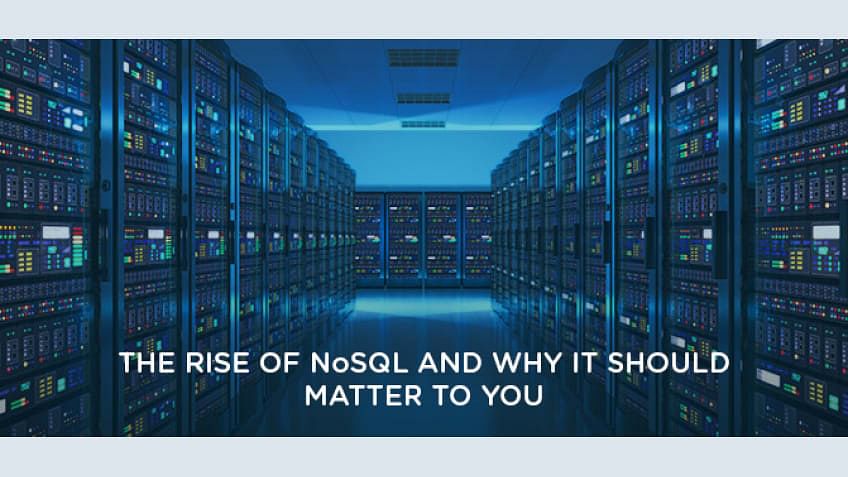 Under the vast umbrella of Big Data lies a number of confusing terminologies and acronyms. One among them, which is attracting a huge amount of interest, is the NoSQL database.

The Not Only SQL or NoSQL database is an approach that works towards managing data as well as database design which may come in handy for huge sets of distributed data.

It consists of a number of technologies and architectures that seek a solution to the big data performance issues and scalability that cannot be addressed by the relational databases. This database is used when companies and enterprises develop a need to access and analyze large amounts of unstructured data or the data stored in multiple virtual servers in the cloud.

There is no specific definition for what NoSQL is, but a set of common observations can describe it:

The Types of NoSQL

There are four types of NoSQL:

The concept that is focused on in document databases is the documents. The documents that are stored and received from the data base stores can be in BSON, XML, JSON, etc. the documents are usually similar to each other and are in a hierarchical tree data structure that are self-describing and consist of scalar values, maps, and collections.

These are the databases that store data in what is called column families. They have rows and a number of columns that are associated with a row key. This is a bunch of data that is related and can be accessed together

With the graph database comes the storage of nodes or entities and the relationship between these nodes.

The advantages of NoSQL include:

The Trouble it May Face

Not everything is sunshine and rainbows in the land of NoSQL. The database does have one critical vulnerability – one that can restrict, or even worse, reverse the exponential growth of NoSQL.

It is simple: the NoSQL databases analytical tooling is almost nonexistent. A lot of data is packed into these databases, but the legacy analytics tooling hat is based on the relational technology cannot make any sense of it, because it is tabular and uniform data.

So what originally happens is that the companies will transform, extract, flatten, and normalize the NoSQL data into the RDBMS, under which they can slice and dice the data in order to build their reports.

Taking this into consideration, if the RDBMS vendors can find a way to get their act together, and move a little closer to the NoSQL databases, and at the same time preserve their compatibility with legacy analytic tool chains, they may be able to slow down or even reverse this tide of adoption.

The Rise of NoSQL

Among all of the enterprise technologies out there, enterprises pay most of their attention to their chosen databases. Once the data is entered into the specific database, nobody wishes to take it out. It often has to do with a lot of money expenditure and the risks always tend to outweigh the benefits.

Thus making it extremely fascinating to dive into social media, jobs, and various other numbers that lean towards the ever rising interest in the NoSQL databases. It is clear that there is something happening in the database market and is hugely driven by the Big Data adoption.

While other databases are not going to business anytime soon, there is a very bright future for NoSQL.
Being measured only by the number of mentions that are given to it on news articles, social media, etc., MongoDB clearly dominated the database field.

Information given by techrepublic showed the popularity of databases in March 2013 – 2014 is as follows.

Oracle and the SQL server, which is not shown among this data, remains roughly constant as well as the PostgreSQL.

But the former poster child of open source keeps sinking.

Once added to this, is the jobs data and the other measures that are of interest to databases, like the DB Engines ranking, there is still an increase in the top NoSQL databases.

Taking away the trends and only looking at the numbers you will see that NoSQL still has a long way to go, however they are in the right direction. The traditional databases like Oracle, MySQL, and the other relational databases are still taking a little bit of a beating.

However, a survey conducted by Dice on the number of job postings showed that 1,133 Hadoop-related jobs and 927 NoSQL jobs on Dice’s board .

These stats show an inclination towards the importance and the need companies give to the database management skill which is directly attributed to the increasing popularity and the growth of big data.

Looking into the future

Do not expect to see a sudden change in the market share today. As seen in the initial set of charts, the movement today starts with the share of voice in the industry. As people move towards the fresher and the newer data needs, they are increasingly talking about Cassandra and MongoDB, among the other NoSQL systems, to address these needs.

This is why the next set of NoSQL call outs will be seen in the job numbers. When it comes to absolute numbers, MySQL still minimizes any other NoSQL system, as the data by Indeed shows. However, Oracle, SQL server, and MYSQL clearly show a decline in the absolute job posting.

It is thus clear where things are headed for NoSQL.

At first, this will hit MySQL the hardest. But over time, every RDBMS, including Oracle, is at risk.
With the value of Big Data increasing by the day, enterprises will rely increasingly on Hadoop and NoSQL databases. As said above, there is not going to be an unseating of the RDBMSs by NoSQL.

However, the first to get hit will be MySQL, and over time Oracle and every other RDBMS will be at risk.
Thus, proving the importance of having a skillset in NoSQL. Want to stay relevant and be ready for the NoSQL wave to hit?

With 2 hours of high quality eLearning content and a course completion certificate, get all your need to push yourself forward and build your NoSQL skillset.

So get out there and get certified, today!

Take a sneak peek into one of our world class courses, below:
​

Avantika holds a degree in Journalism, & writes on such topics of interest as PMP, Digital Marketing, Six Sigma, & Big Data.