Case Studies: The Growing Role of AI and Big Data in Healthcare

Data Lakes and Analytics on AWS 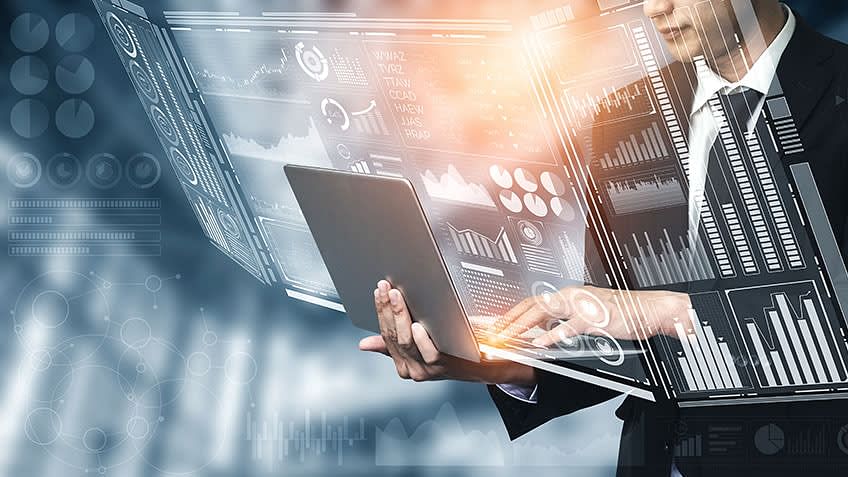 Apache Storm is a real-time stream processing system, and in this Apache Storm tutorial, you will learn all about it, its data model, architecture, and components.

Following are the features of Apache Storm.

In the next section of apache storm tutorial, we will discuss Uses of Storm.

Storm provides the computation system that can be used for real-time analytics, machine learning, and unbounded stream processing. It can take continuously produced messages and can output to multiple systems.

In the next section of apache storm tutorial, let us understand what a stream is.

What is a Stream

In this command, cat logfile command produces a stream that is consumed by wc -l command to display the number of lines in the file.

Industry Use Cases for STORM

Many industries can use Storm for real-time big data processing such as:

In the next section of apache storm tutorial, let us look at the Storm data model.

A tuple is an ordered list of named values similar to a database row. Each field in the tuple has a data type that can be dynamic. The field can be of any data type such as a string, integer, float, double, boolean or byte array. User-defined data types are also allowed in tuples.

A stream of Storm is an unbounded sequence of tuples.

Storm has a master-slave architecture. There is a master server called Nimbus running on a single node called master node. There are slave services called supervisors that are running on each worker node. Supervisors start one or more worker processes called workers that run in parallel to process the input.

In the next section of Apache Storm tutorial, we will discuss storm processes.

A Zookeeper cluster is used for coordinating the master, supervisor and worker processes. Moving on, let us explore the Nimbus process, which is the master daemon of Storm cluster.

Next comes the supervisor process which is the worker daemon of Storm cluster.

Next is the worker process, that does the actual work of Storm.

This program given below contains a single spout and a single bolt.

The spout does the following:

Opens the file, reads each line and outputs the entire line as a tuple.

Next, let us explore the Storm Components.

The diagram shows a Storm cluster consisting of one spout and two bolts. The spout gets the data from an external data source and produces a stream of tuples. The first bolt takes the output tuples from the spout and processes them to produce another set of tuples. The second bolt takes the output tuples from bolt 1 and stores them into an output stream.

Now, we will understand the functioning of Storm spout.

Spout is a component of Storm that ingests the data and creates the stream of tuples for processing by the bolts. A spout can create a stream of tuples from the input, and it automatically serializes the output data. It can get data from other queuing systems like Kafka, Twitter, RabitMQ, etc. Spout implementations are available for popular message producers such as Kafka and Twitter. A single spout can produce multiple streams of output. Each stream output can be consumed by one or more bolts.

The diagram shows a twitter spout that gets twitter posts from a twitter feed and converts them into a stream of tuples. It also shows a Kafka spout that gets messages from Kafka server and produces a tuple of messages.

Next, let us look at how Storm bolt functions.

Storm Bolt processes the tuples from spouts and outputs to external systems or other bolts. The processing logic in a bolt can include filters, joins, and aggregation.

Aggregation examples include calculating the sum of sale amount, calculating the max stock value, etc. A bolt can process any number of input streams. Input data is deserialized, and the output data is serialized. Streams are treated as tuples; bolts run in parallel and can distribute across machines in the Storm cluster.

Next, we will explore the functioning of Storm topology.

Let us understand this in a better way with the help of an example in the next section of apache storm tutorial.

Let us illustrate storm with an example.

Problem: The stock market data which is continuously sent by an external system should be processed, so that data with GOOD status is inserted into a database whereas data that are with BAD status is written to an error log.

Serialization is the process to convert data structures or objects into a platform-independent stream of bytes. It is used to store data on disk or memory and to transmit data over the network. The purpose of serialization is to make data readable by other programs.

For example, The object ( name: char(10), id : integer) may have data {‘John’, 101}. This can be serialized as “John\00x65”. This represents that the string John is followed by null character and then the hexadecimal representation of 101.

Now we will go through the steps involved in submitting a job to Storm.

Submitting a Job to Storm

A job is submitted to the Nimbus process. To submit a job, you need to:

The diagram shows a Java program fragment for submitting a job to Storm. It first gets a Storm topology builder object. Next, it sets the spout and bolts for the topology with the setSpout and setBolt methods. It also sets the connection from the output of spout to bolt using the shuffleGrouping method.

shuffleGrouping is a type of grouping of input that we will discuss in a subsequent lesson. After setting the spout and bolt, the program sets the number of workers for the job to 2; which represents the number of workers that will run in parallel. Finally, using the submitTopology method, the topology is submitted to Nimbus process.

Now, finally, we will look at the Types of topologies.

Here’s the summary of the Apache Storm tutorial:

Now that we have covered one everything about Apache storm, your next step should be mastering Big Data ecosystem in general. If you have just stepped into the world of Big Data, Simpliearn’s Apache Spark and Scala Certification should be your next stop. This certification course will help you gain most  in-demand Apache Spark skills and develop a competitive advantage for a career as a Spark Developer. On the other hand, if you are already proficient in Big Data ecosystem, becoming a Big Data engineer might be your career goal. And we have just the right course to help you reach there. Explore Simplilearn’s Big Data Engineer Master’s Program, and enroll in it right away, to get a step closer to your ambition. What are you waiting for? Start right away!

Find Post Graduate Program in Data Engineering in these cities