What is Cloud Networking? 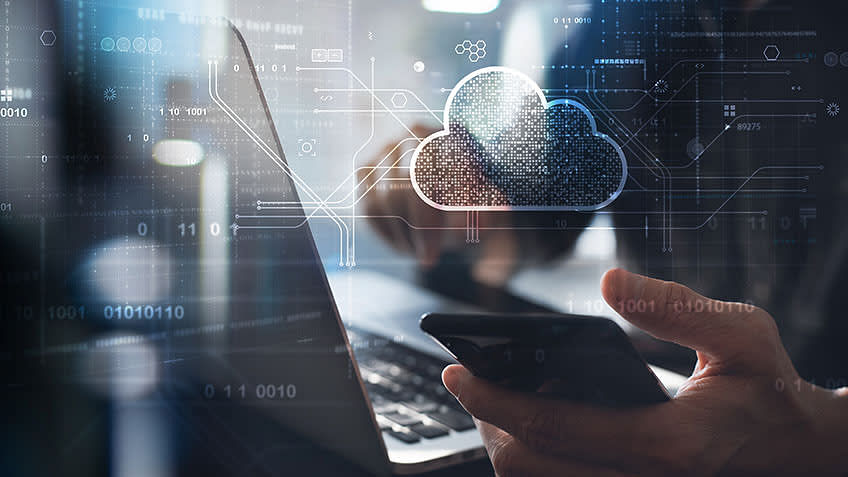 Cloud Networking is a type of public or private cloud platform in which organizations ' networks and resources are hosted. In it, the network and capabilities are partially or completely hosted and are available on the basis of demand when an internet connection is available.

Why is Cloud Networking Required and in Demand?

In this fast-paced digital world, businesses rely on the cloud to boost revenue scale, create differentiation, and expedite time-to-market. For the modern corporation, the cloud model has evolved into the unofficial method for developing and delivering applications.

What Do Tech Companies Want in Cloud Experts?

How Does Cloud Networking Work?

Cloud computing is a software structure to keep data on remote servers and can be accessed via the internet, it is divided into front-end and back-end components for easy understanding.

Using an internet browser or cloud computing software, the front end allows a user to access data stored in the cloud. While the backend acts as the primary component of cloud computing and is responsible for securely storing data and information.

How the Cloud Is Changing Traditional Networking?

Cloud software is available as a service. This means that instead of purchasing an application, you subscribe to the service and then connect to it and use it.

With cloud networking, Developers can feasibly test new concepts and develop application architectures since they are no more constrained by hardware availability and tiring procurement processes.

Developers can easily test and deploy new software versions in the cloud environment. It enables faster product innovation by providing more and more features to end customers on a monthly, weekly, and in some cases daily basis.

You can save your pocket by purchasing and maintaining equipment with cloud infrastructure. It expands your business, you do not need to invest in hardware, infrastructure, utilities, or the construction of a large data center.

Data security is a crucial concern for all businesses, regardless of size or sector. Data breaches and other cybercrimes can have a devastating impact on a company's revenue, client loyalty, and brand positioning. The cloud has several advanced security mechanisms that ensure data is securely stored and handled.

When the word "cloud" is removed from both networking and computing, the concepts immediately take on new connotations.

Cloud networking refers to the hosting of network resources and capabilities in the public, private, or hybrid cloud. Virtual routers, switches, load balancers, firewalls, bandwidth, network management, and other resources are among those available. They are ad hoc and can be administered in-house or by a third party. The command line interface (CLI) on Cisco router interfaces differs from that on Juniper router interfaces, and the same is true when setting network gear in the cloud between virtual public clouds (VPCs). Cloud networking refers to the cloud infrastructure that is used to support resource connectivity and is based on cloud computing.

Cloud computing is a general term for centralized computing resources shared by many consumers. It includes all of the cloud's services that are required to keep applications functioning, such as computation, storage, and networking. It is more of an umbrella word for cloud networking.

Cloud networking is an umbrella word for a sort of IT architecture that connects all on-premises, edge, and cloud-based services.

A sort of cloud networking that is sophisticated and connected with public cloud providers, resulting in easier access across different clouds and on-premises systems.

A sort of cloud networking solution that hosts and delivers its control plane in public clouds rather than on-premises devices.

Beyond networking, cloud computing or simply "cloud" encompasses various fields of computation. Here are a few of the most prevalent terminologies to become familiar with:

Infrastructure as a Service (IaaS):

A cloud provider provides access to "raw" computer resources such as servers, storage, and networking. The platform and application software are the responsibility of the customer.

Platform as a service (PaaS):

A development environment that aids in the development, management, testing, and deployment of applications. Servers, storage, and networks are managed by third-party service providers or enterprise clients. PaaS reduces the requirement for organizations to develop their platform.

Software as a Service (SaaS):

Software that is delivered over the internet and may or may not be installed on a local machine. SaaS applications are hosted on the cloud network, and users can use them to store and analyze data as well as collaborate on projects.

Visibility into network traffic becomes increasingly difficult when enterprises use cloud networking topologies and other elastic cloud technologies. Connections to a SaaS platform may include dozens of router hops maintained by multiple service providers. Expect an on-premises SNMP or NetFlow collection platform to collect telemetry data from these ISPs.

The use of cloud networks is increasing. Cloud networking has spread to almost every industry, with a few examples below:

Banking and finance: Cloud networks are used by banks to process a large volume of transactions and online loan applications.

Manufacturing workers frequently do repetitive manual operations that can be automated and managed by a cloud network system.

Retail: By utilizing a cloud network, retailers can consolidate systems to manage speedy order delivery and high-volume customer support. Some businesses have even installed AI-powered virtual assistants to answer the most frequently asked inquiries from clients.

Launch Your Career into the Clouds!

Among other things, we utilize on-demand streaming services to watch sports, television, movies, and even live events. They are all fully dependent on the advancement of cloud computing technologies.

The majority of backup systems currently rely on cloud computing. The cloud virtually removes the necessity for manual backup operations.

Cloud computing, in combination with powerful algorithms, can be used to construct interactive chatbots. It is a low-cost tool that allows businesses to improve sales funnels and upgrade online assistance services to become more automated and easier to administer.

Even a single endpoint generates so much data each day that it is practically impossible for humans to analyze it. Big data is now pervasive and needs automated analysis; the cloud can assist in sifting through it to uncover useful information.

Hope this article was able to give you a clear understanding about cloud networking. If you are looking to enhance your cloud computing skills further, we recommend you check Simplilearn’s Post Graduate Program in Cloud Computing. This program, in collaboration with Caltech CTME, can help you gain the right skills and make you job-ready in no time.