HomeResourcesDevOpsGit TutorialGit Installation on Windows: How to Install Git on Windows (Step-by-Step) Guide

Git Installation on Windows: How to Install Git on Windows (Step-by-Step) Guide

Lesson 3 of 11By Sayeda Haifa Perveez 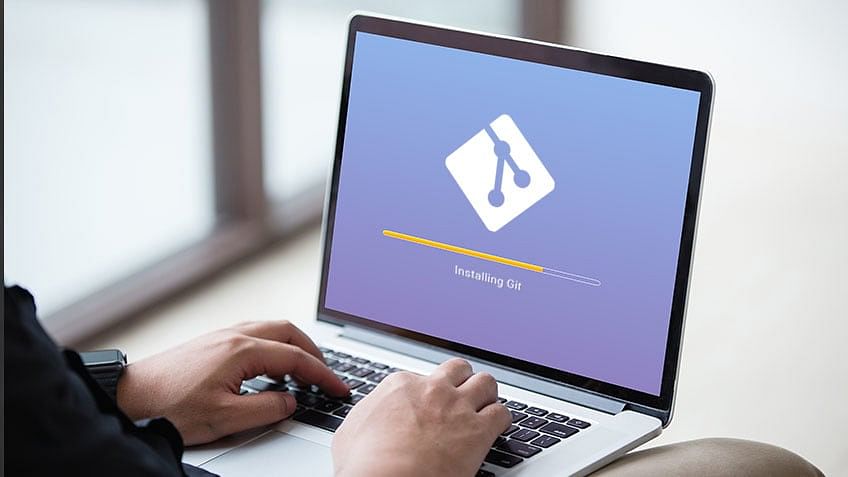 Git is a DevOps tool for source code management—an open-source version control system (VCS) used to handle small to very large projects efficiently. Git is used to tracking changes in the source code, supporting non-linear development so that multiple developers can work together in near real-time.

Let us now look at the various steps in the Git installation on Windows.

Download the latest version of Git and choose the 64/32 bit version. After the file is downloaded, install it in the system. Once installed, select Launch the Git Bash, then click on finish. The Git Bash is now launched.

For any help, use the following command:

This command will lead you to a browser of config commands. Basically, the help the command provides a manual from the help page for the command just following it (here, it's config).

Another way to use the same command is as follows:

The next step is to initialize the directory:

Go to the folder where "test" is created and create a text document named "demo." Open "demo" and put any content, like "Hello Simplilearn." Save and close the file.

Enter the Git bash interface and type in the following command to check the status:

Add the "demo" to the current directory using the following command:

Next, make a commit using the following command:

Note: simplilearn-github is the username on the Github account.

Open your Github account and create a new repository with the name "test_demo" and click on "Create repository." This is the remote repository. Next, copy the link of "test_demo."

Go back to Git bash and link the remote and local repository using the following command:

Here, <link> is the link copied in the previous step.

Push the local file onto the remote repository using the following command:

Move back to Github and click on "test_demo" and check if the local file "demo.txt" is pushed to this repository.

How to Launch Git in Windows?

You can configure your local GitHub installation with credentials by using the following commands. Also, don't forget to add your own GitHub credentials for username and email address.

Bridge the gap between software developers and operations and develop your career in DevOps by choosing our unique Post Graduate Program in DevOps. Enroll for the PGP in collaboration with Caltech CTME Today!

Are you preparing for a career in DevOps? Check out Simplilearn's DevOps Engineer Master's Program or the DevOps Certification Training Course that bridges the gap between software developers and operations. You can become an expert in the principles of continuous development and deployment, automation of configuration management, inter-team collaboration, and IT service agility, using modern DevOps tools such as Git, Docker, Jenkins, Puppet, and Nagios. DevOps jobs are highly paid and in great demand, so start on your path today.