Lesson 1 of 11By Simplilearn 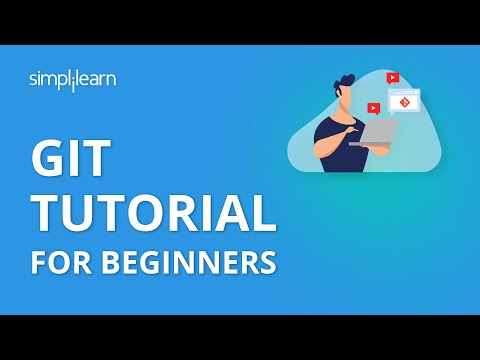 Before diving into our how Git works tutorial, let's understand a little more about what Git is in general.

GitHub is one place where project managers and developers coordinate, track, and update their work, so projects stay transparent and on schedule. The packages can be published privately, within the team, or publicly for the open-source community. Downloading packages from GitHub enables them to be used and reused. GitHub helps all team members stay on the same page and stay organized. Moderation tools, like issue and pull request locking, helps the team focus on the code.

Next in this how Git works tutorial, let's look at the several commands used in Git.

Next in this how Git works tutorial, we will go over the Git push command in detail.

Next in the how Git works tutorial, let’s start with opening Git Bash and configuring it with a user name and email ID. To configure, we use the following commands:

With this how Git works tutorial we went through the Git Push command, and also learned the basics of the push command and followed a hands-on demo of the same. In the demo, we saw how files from the local repository could be pushed to the remote repository. The process makes it possible for the team to stay updated on different people performing different tasks in the same program.

For more information on how Git works tutorial, you can check this detailed Git push video.

If you would like to learn more about using Git, check out our online Git Training Course. This comprehensive self-paced course will teach you everything you need to know about this immensely popular VCS.