Node.js Installation on Windows and Ubuntu 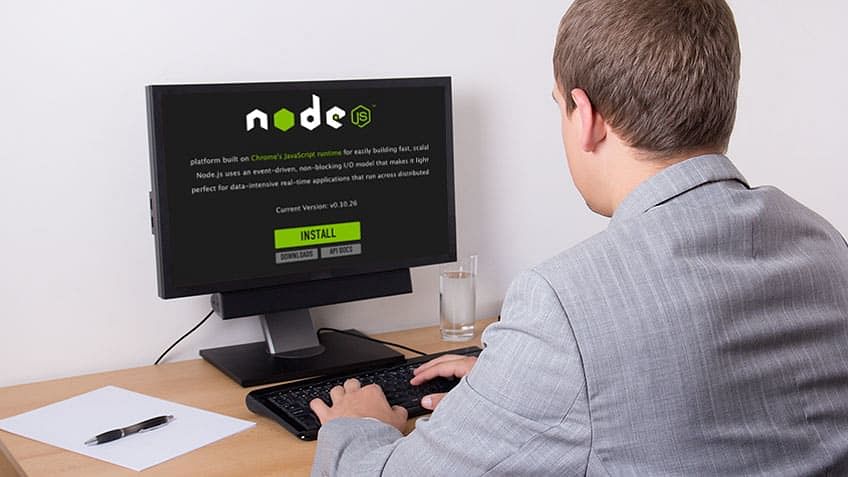 Node.js is used by large, established companies (Netflix, Paypal, NASA, and Walmart, to name a few) and newly-minted startups alike. The platform brings plenty of advantages to the table, making it a better choice than other server-side platforms like Java or PHP in many cases.

The following article covers the complete Node.js installation on Windows and Ubuntu. We’ll also create a basic Node.js server, in the end, to verify if everything is working properly.

Enroll for the Node.js Certification Training and learn to build network applications quickly and efficiently using JavaScript. Check out the course curriculum!

Steps to Install on Windows:

2. Select the Windows installer according to your system environment (32-bit or 64-bit).

4. Accept the license agreement. You can leave other settings as default. The installer will install Node.js and prompt you to click on the finish button.

5. Verify that Node.js was properly installed by opening the command prompt and typing this command: node --version

6. When we install Node.js, NPM (Node Package Manager) also gets installed. NPM is included in the installation as it includes many libraries that are used in web applications like React. So let’s verify if it's installed using this command in cmd: npm --version

That’s all we need to do for a successful Node.js installation on a Windows system! If you're a Windows user, you can skip the next section and jump straight to the section in which we'll create a basic Node.js server to verify if everything works as expected.

Here, we'll carry out Node.js installation on the Ubuntu system.

Steps to Install on Ubuntu:

1. First, add the Node.js PPA to our system to install Node.js on Ubuntu:

2. Now run the below command to install Node using apt-get. This will also install NPM with Node.js:

3. Verify that Node.js and NPM are properly installed, by running this command:

Now that we’ve completed the installation of Node.js on both Windows and Ubuntu Operating Systems, let’s create a simple Node.js web server.

In this section, we'll create a simple Node.js web server. For this, we'll need a text editor, preferably VS Code or Atom. The code to create the server is as below:

res.end('Hey! You have successfully created a web server!!');

We can now start the Node.js server that we just created using the command:

Note: VS Code has a built-in terminal so you can run this command there.

Since we get the String that we defined within the brackets of console.log method, we can see that Node.js server is now running and working as expected.

We can also check the response on the web page by going to the defined URL and port.

Since this also works absolutely fine, we can conclude that we’ve successfully installed Node.js in our system.

Now the next logical step would be to start learning more about Node.js and eventually gain some hands-on knowledge about this very popular server-side platform.

Check out the video tutorial below to understand clearly the Node.js installation on Windows 10 and Ubuntu -

Now that you’ve learned about Node.js installation on Windows and Ubuntu, you may be wondering how you can obtain the skills necessary to take advantage of its rising popularity.

Fortunately, there are some great options for learning this exciting and practical skill set at your own pace. Simplilearn’s Node.js Certification Training will give you a great foundation in this popular platform, combining live, instructor-led training, self-paced tutorials, and hands-on projects to help you become career-ready upon completion. Get started today to seize your future!