HomeResourcesSoftware DevelopmentYield in Python: An Ultimate Tutorial on Yield Keyword in Python

Yield in Python: An Ultimate Tutorial on Yield Keyword in Python 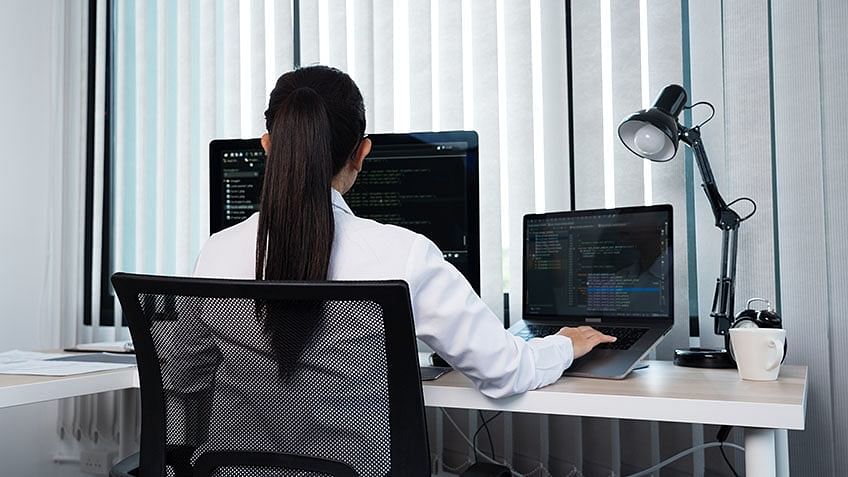 What Is Yield In Python?

The Yield keyword in Python is similar to a return statement used for returning values or objects in Python. However, there is a slight difference. The yield statement returns a generator object to the one who calls the function which contains yield, instead of simply returning a value.

Inside a program, when you call a function that has a yield statement, as soon as a yield is encountered, the execution of the function stops and returns an object of the generator to the function caller. In simpler words, the yield keyword will convert an expression that is specified along with it to a generator object and return it to the caller. Hence, if you want to get the values stored inside the generator object, you need to iterate over it.

It will not destroy the local variables’ states. Whenever a function is called, the execution will start from the last yield expression. Please note that a function that contains a yield keyword is known as a generator function.

When you use a function with a return value, every time you call the function, it starts with a new set of variables. In contrast, if you use a generator function instead of a normal function, the execution will start right from where it left last.

The general syntax of the yield keyword in Python is -

Before you explore more regarding yield keywords, it's essential first to understand the basics of generator functions.

You can create a generator function using the generator() and yield keywords. Consider the example below.

In the above program, you have created a simple generator function and used multiple yield statements to return multiple values, which are stored inside a generator object when you create it. You can then loop over the object to print the values stored inside it.

Let’s create another generator function with yield keywords. You will try to filter out all the odd numbers from a list of numbers. Also, here it is essential to use different methods such as list(), for-in, and next() to output the values stored inside the generator object.

Consider the example below.

You can see that it has printed the generator object as a list.

You can also use the for-in loop to print the values stored inside the generator object. Here is how to do so.

for num in odd_numbers:

Please note that if there is no item left in the generator object and you invoke the next() method on it, it will return a StopIteration error.

Also, it’s very important to note that you can call the generators only once in the same program. Consider the program below.

for i in odd_numbers:

Here is a general example that you can use to understand the concept of yield in the most precise manner. Here is a Fibonacci program that has been created using the yield keyword instead of return.

Here, you have created a Fibonacci program that returns the top 20 Fibonacci numbers. Instead of storing each number in an array or list and then returning the list, you have used the yield method to store it in an object which saves a ton of memory, especially when the range is large.

How Can You Call Functions Using Yield?

Instead of return values using yield, you can also call functions. For example, suppose you have a function called cubes which takes an input number and cubes it, and there exists another function that uses a yield statement to generate cubes of a range of numbers. In such a case, you can use the cubes function along with the yield statement to create a simple program. Let's check out the code below.

You can see how you can use yield to compute values by calling the function directly along with the statement and store them in a generator object.

Why And When Should You Use Yield?

Moreover, the execution of the generator function starts only when the caller iterates over the generator object. Hence, it increases the overall efficiency of the program along with decreasing memory consumption. Some situations where you should use yield are -

Yield Vs. Return In Python

A normal function directly stores and returns the value. However, generator functions return generator objects which contain all the values to be returned and they store them locally, thus reducing a lot of memory usage.

Below are some differences between yield and return in Python.

Advantages And Disadvantages of Yield

The advantages of using yield keywords instead of return are that the values returned by yield statement are stored as local variables states, which allows control over memory overhead allocation. Also, each time, the execution does not start from the beginning, since the previous state is retained.

However, a disadvantage of yield is that, if the calling of functions is not handled properly, the yield statements might sometimes cause errors in the program. Also, when you try to use the yield statements to improve time and space complexities, the overall complexity of the code increases which makes it difficult to understand.

To sum up, you can leverage the yield statements in Python to return multiple values from generator functions. It is highly memory-efficient and increases the overall performance of the code. It saves memory because it stores the values to be returned as local variables state, and also each time it executes the function, it need not start from the beginning as the previous states are retained. This is what makes yield keywords highly popular among developers and a great alternative to return statements.

In this tutorial, you explored how you can leverage yield in Python to optimize programs in terms of both speed and memory. You saw several examples of generator functions and the different scenarios where you can use the yield statements. Moreover, you also explored why and when should you use it, along with its advantages and disadvantages.

You differentiated the use of normal functions and generator functions, and at the same time, you also compared return statements with yield keywords.

We hope that this comprehensive tutorial will give you better in-depth insights into yield keywords in Python.

If you are looking to learn further and master python and get started on your journey to becoming a Python expert, Simplilearn’s Python Certification Course should be your next step. This comprehensive course gives you the work-ready training you need to master python including key topics like data operations, shell scripting, and conditional statement. You even get a practical hands-on exposure to Djang in this course.

If on the other hand, you have any queries or feedback for us on this yield in python article, do mention them in the comments section at the end of this page. We will review them and respond to you at the earliest.