What is SciPy Integrate? 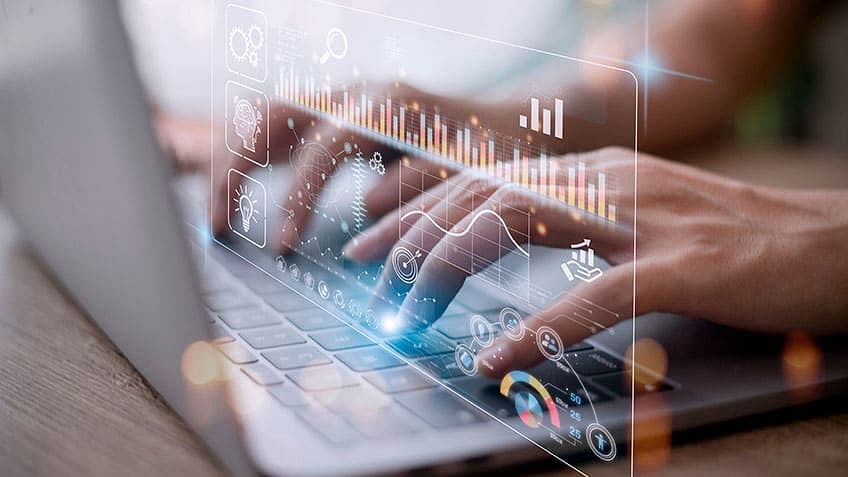 Integration is one of the most fundamental mathematical operations that we perform. We use it to find the area under a curve, to find the volume of a solid, and to solve differential equations.

In Python, scipy.integrate provides an interface for performing numerical integration using several different methods. It also provides an ordinary differential equation solver that can be used to solve problems in ODE and PDE theory.

It also includes some algorithms for finding roots of univariate polynomials, as well as some basic linear algebra operations such as matrix multiplication and inversion.

The function quad is provided to integrate a function of one variable between two points. The points can be infinite or negative infinity, indicating that the integrand has limits of +infinite and -infinite.

The nquad function performs the integration of n variables.

# n is the order of integration

The scipy.integrate.quadrature() method can be used to compute the definite integral using fixed-tolerance Gaussian quadrature

Using the scipy.integrate.romberg() method, we can integrate a callable function from a to b.

The numpy.trapz() function uses the composite trapezoidal rule to integrate along a given axis.

The scipy.integrate.cumtrapz() method can be used to find the cumulative integrated value for \( y(x) \) using the composite trapezoidal rule.

By using the scipy.integrate.simps() method, we can use Simpson’s rule to get an estimate of the integral of y(x).

The scipy.integrate.romb() method can be used to get a Romberg integration of a function from a to b, using samples of the function.

The numpy.polyint() function evaluates the anti-derivative of a polynomial with the specified order.

The quad() function is a mathematical tool that makes numerical integration possible. It allows us to approximate the area under a curve using discrete points on the curve.

The syntax for the quad() function is scipy.integrate.quad(f,a,b), where:

f - Function name to be integrate

a-It is a lower limit.

The double integral problem can be solved using the scipy.integrate.dblquad(func,a,b,gfun,hfun).

SciPy Integrate is a powerful tool that can be used to perform calculations, make plots and analyze data. It has many different applications in science, engineering, mathematics and other fields.

SciPy Integrate is free and open source software, which means it's easy to use and highly customizable. You can use it for free with no restrictions or limitations on how long you can use it or where you can use it.

2. Its Functionality Is Extensive

SciPy Integrate includes many different functions for performing calculations and making plots. It also includes tools to help you analyze data sets and graphs so that you can better understand what the data is telling you about your experiment or project.

This functionality makes SciPy Integrate a powerful tool for scientists who want to do more than just calculate numbers by hand; they want to analyze their results as well!

Enroll in the Professional Certificate Program in Data Science to learn over a dozen of data science tools and skills, and get exposure to masterclasses by Purdue faculty and IBM experts, exclusive hackathons, Ask Me Anything sessions by IBM.

The Professional Certificate Program in Data Science is designed for professionals who want to learn about data science. The program will provide you with the skills you need to make informed decisions about your company's use of data.

The program is designed to equip you with the skills required to succeed in data science roles across industries. You will learn how to analyze data using advanced machine-learning techniques and build predictive models that can be used to solve real-world problems.

1. What is SciPy integration?

Scipy integration is a function that can be used to integrate any function of one or more variables. The purpose of the integration is to find the area under the curve of a given function. It can be used in many different applications, including math, physics, and engineering.

2. What are simps from scipy integrate?

Simps are the symbolic form of the numerical integration for scipy. They are based on Simpson's rule, which is a simple and fairly accurate way to calculate an approximation of the area under a curve.

3. How does integrating quad work?

Integrating quad works by combining the most important elements of quadratic equations, namely solving for the x-intercept and writing in the form of ax^2 + bx + c = 0. Once you can do this, you can find the solutions to any quadratic equation.

4. How does SciPy integrate with Python?

SciPy integrates very well with Python. It offers a lot of functionality for scientific computing in Python, and it's quite easy to use.

SciPy is a collection of open source software for mathematics, science, and engineering. It includes modules for linear algebra, optimization, integration, statistics and more. SciPy also provides many other useful features that make it easy to program with Python.

5. How do I install SciPy integration?

To install SciPy integration, you must first install Python. You can download it here: https://www.python.org/downloads/

Once you have installed Python, you can use pip to install the package:

6. Should I use NumPy or SciPy?

If you're looking to do data analysis and visualization, NumPy is the way to go. NumPy is an extension of Python that allows for fast array manipulation, which is useful when you're working with large datasets. It also provides a lot of built-in functions, including linear algebra and Fourier transforms.

If you're looking for more advanced mathematics, though, SciPy is a great choice. SciPy provides tools for solving differential equations and performing numerical integration, as well as for computing integrals and integrating functions.