Simplilearn Reviews: Use This Time to Pursue Your Dream Career

What is Data: Types of Data, and How To Analyze Data?

What is Data Structure : Types, Classifications, and Applications 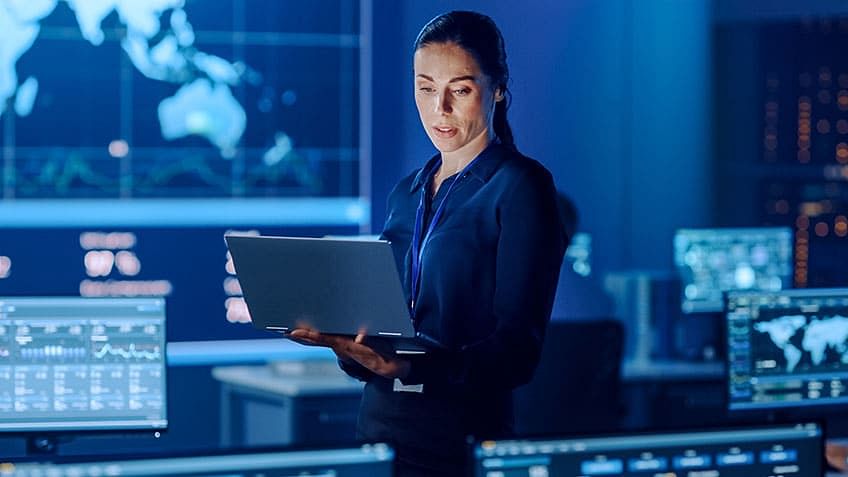 Python is the most widely used programming language today. When it comes to solving data science tasks and challenges, Python never ceases to surprise its users. Most data scientists are already leveraging the power of Python programming every day. Python is an easy-to-learn, easy-to-debug, widely used, object-oriented, open-source, high-performance language, and there are many more benefits to Python programming. Python has been built with extraordinary Python libraries for data science that are used by programmers every day in solving problems. Here’s the top 10 Python libraries for data science:

The first in the list of python libraries for data science is TensorFlow. TensorFlow is a library for high-performance numerical computations with around 35,000 comments and a vibrant community of around 1,500 contributors. It’s used across various scientific fields. TensorFlow is basically a framework for defining and running computations that involve tensors, which are partially defined computational objects that eventually produce a value.

TensorFlow is particularly useful for the following applications:

SciPy (Scientific Python) is another free and open-source Python library for data science that is extensively used for high-level computations. SciPy has around 19,000 comments on GitHub and an active community of about 600 contributors. It’s extensively used for scientific and technical computations, because it extends NumPy and provides many user-friendly and efficient routines for scientific calculations.

NumPy (Numerical Python) is the fundamental package for numerical computation in Python; it contains a powerful N-dimensional array object. It has around 18,000 comments on GitHub and an active community of 700 contributors. It’s a general-purpose array-processing package that provides high-performance multidimensional objects called arrays and tools for working with them. NumPy also addresses the slowness problem partly by providing these multidimensional arrays as well as providing functions and operators that operate efficiently on these arrays.

Pandas (Python data analysis) is a must in the data science life cycle. It is the most popular and widely used Python library for data science, along with NumPy in matplotlib. With around 17,00 comments on GitHub and an active community of 1,200 contributors, it is heavily used for data analysis and cleaning. Pandas provides fast, flexible data structures, such as data frame CDs, which are designed to work with structured data very easily and intuitively.

Matplotlib has powerful yet beautiful visualizations. It’s a plotting library for Python with around 26,000 comments on GitHub and a very vibrant community of about 700 contributors. Because of the graphs and plots that it produces, it’s extensively used for data visualization. It also provides an object-oriented API, which can be used to embed those plots into applications.

Similar to TensorFlow, Keras is another popular library that is used extensively for deep learning and neural network modules. Keras supports both the TensorFlow and Theano backends, so it is a good option if you don’t want to dive into the details of TensorFlow.

Next in the list of top python libraries for data science is PyTorch, which is a Python-based scientific computing package that uses the power of graphics processing units. PyTorch is one of the most commonly preferred deep learning research platforms built to provide maximum flexibility and speed.

The next known python libraries for data science is Scrapy. Scrapy isone of the most popular, fast, open-source web crawling frameworks written in Python. It is commonly used to extract the data from the web page with the help of selectors based on XPath.

BeautifulSoup - the next python library for data science. This is another popular python library most commonly known for web crawling and data scraping. Users can collect data that’s available on some website without a proper CSV or API, and BeautifulSoup can help them scrape it and arrange it into the required format.

In addition to these top 10 Python libraries for data science, there are many other helpful python libraries ones that deserve to be looked at. And as a next step, if you are interested in learning and mastering data science with python, head onto Simpliearn’s Data Science with Python Certification Course. Do explore the frequently asked Data Science interview question, and unlock your career as a data scientist!

Find Data Science with Python in these cities