What is Business Analytics and Why it is Important

Get Certified in Data Science with a Caltech CTME Bootcamp

What Is P-Value in Statistical Hypothesis? 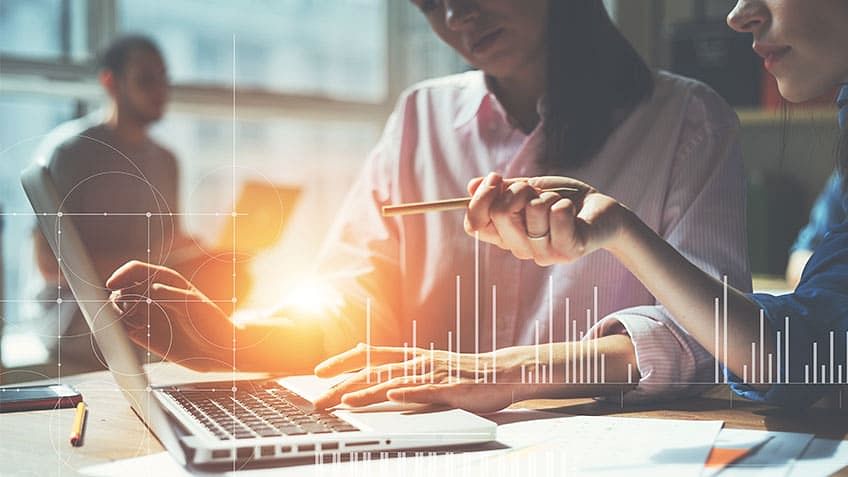 P-values are expressed as decimals and can be converted into percentage. For example, a p-value of 0.0237 is 2.37%, which means there's a 2.37% chance of your results being random or having happened by chance. The smaller the P-value, the more significant your results are.

In a hypothesis test, you can compare the p value from your test with the alpha level selected while running the test. Now, let’s try to understand what is P-Value vs Alpha level.

A P-value indicates the probability of getting an effect no less than that actually observed in the sample data.

An alpha level will tell you the probability of wrongly rejecting a true null hypothesis. The level is selected by the researcher and obtained by subtracting your confidence level from 100%. For instance, if you are 95% confident in your research, the alpha level will be 5% (0.05).

When you run the hypothesis test, if you get:

In addition to the P-value, you can use other values given by your test to determine if your null hypothesis is true.

How Is P-Value Calculated?

Depending on the test statistic and degrees of freedom (subtracting no. of independent variables from no. of observations) of your test, you can find out from the tables how frequently you can expect the test statistic to be under the null hypothesis.

How to calculate P-value depends on which statistical test you’re using to test your hypothesis.

Regardless of what statistical test you are using, the p-value will always denote the same thing – how frequently you can expect to get a test statistic as extreme or even more extreme than the one given by your test.

Effectively, the significance level is declared in advance to determine how small the P-value needs to be such that the null hypothesis is rejected.  The levels of significance vary from one researcher to another; so it can get difficult for readers to compare results from two different tests. That is when P-value makes things easier.

The level of statistical significance is usually represented as a P-value between 0 and 1. The smaller the p-value, the more likely it is that you would reject the null hypothesis.

A statistically significant result does not prove a research hypothesis to be correct. Instead, it provides support for or provides evidence for the hypothesis.

An investor says that the performance of their investment portfolio is equivalent to that of the Standard & Poor’s (S&P) 500 Index. He performs a two-tailed test to determine this.

Therefore, if the investor gets a P value of .001, it indicates strong evidence against null hypothesis. So he confidently deduces that the portfolio’s returns and the S&P 500’s returns are not equivalent.

P-Value or probability value is a number that denotes the likelihood of your data having occurred under the null hypothesis of your statistical test.

3. What is P-value and how is it calculated?

The p-value or probability value is a number, calculated from a statistical test, that tells how likely it is that your results would have occurred under the null hypothesis of the test.

4. What is p-value in research?

P values are used in hypothesis testing to help determine whether the null hypothesis should be rejected. It plays a major role when results of research are discussed. Hypothesis testing is a statistical methodology frequently used in medical and clinical research studies.

5. Why is the p-value significant?

6. What is null hypothesis and what is p-value?

P-value or probability value is a number, calculated from a statistical test, that tells how likely it is that your results would have occurred under the null hypothesis of the test.

P-Value is used to determine the significance of observational data. Whenever researchers notice an apparent relation between two variables, a P-Value calculation helps ascertain if the observed relationship happened as a result of chance. Learn more about statistical analysis and data analytics and fast track your career with our Professional Certificate Program In Data Analytics.