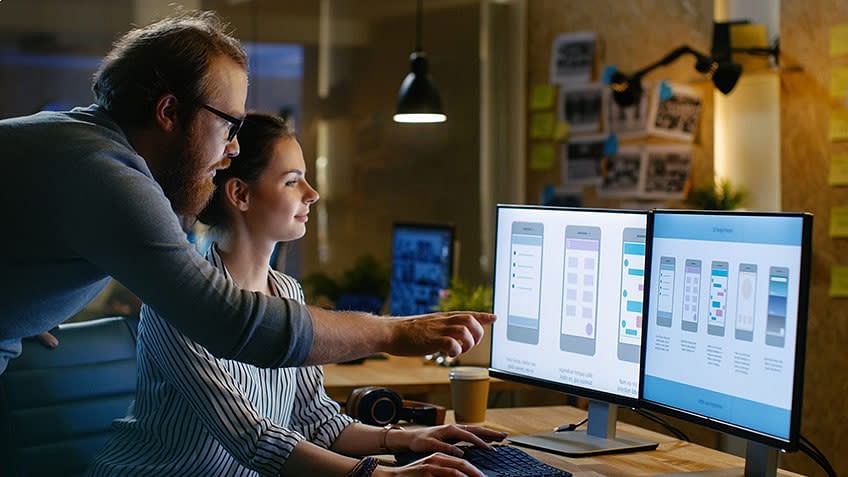 The cool features that come along with apps are what draw the interests of users. Apps make phones “smart” and through their benefits, apps have drastically transformed how we function today. Adept programmers are getting busy, designing, and building apps of their own and embedding them with favorable features. In this article we will cover the top 5 Android App development fundamentals that you should know before you begin programming an Android application:

Proper understanding of Java and XML will help you build/develop a more robust and elegant android app.

2. Familiarity with the Right Application Development Tools and Environment

If you are stepping into Android App development, it is very important that you familiarize yourself with the build automation tools as well as the integrated development environment before you start developing your app. You can use Android app studio IDE or Eclipse for the tools; they will help you learn the basics and many other things that will help improve your code. You can learn Apache Maven, Apache Ant, and Gradle as they provide a powerful set of tools to help in managing your builds.

It is also important that you familiarize yourself with source control tools and concepts. Learn git and then create a git-source repository (by creating an account on Bitbucket or GitHub). To understand the basic concepts and terms of how the platform operates, you can use the Git Pocket Guide.

3. Knowledge of the Application Components

Application components are the essential building blocks of Android app development. Each of the components is a different point by which the system can enter your app. Although each one of them exists as its own entity and plays a specific role, there are some which depend on each other, and not all of them are actual entry points.

There are five different types of app components each serving a distinct purpose with a distinct life cycle which defines how it is created and destroyed. They include:

Android is a fragmented market with many different devices and operating system versions. Note that, if your device supports more devices and/or versions it will definitely require more maintenance and testing as well as the related costs. The vice-versa is also true. You also require appropriate fonts, assets, and layouts that will help in ensuring that the best possible experiences in the various screen characteristics are given. You should also consider the array of android supported sensors or UI facilities. All android apps have an application class, one or more activities, and one or more fragments.

Sometimes, you may have services for background tasks that should run continuously but other times you may not. If you want to deliver a great and smooth user interface, always ensure that the thread is never blocked. Therefore, the long operations (computations, I/O, network, etc.) should all be run asynchronously in the background (mainly on a different thread of execution). This is why it is important to learn the Java language concurrency facilities.

The simple tools that you need for Android app development are just a Mac or Windows PC, any type of Linux, and Eclipse, the ADT Plugin, and the Android SDK—all of which are free. You can go through the installation guide on Google to learn how to set up your development environment; it provides documentation of everything needed. Android has some unique parameters that you should consider when writing an Android app. Some of them include:

Check out our video that takes you through the introduction to Android Application Development to get a taste of what the course entails.

77% of Americans today own a smartphone, and apps are where the majority of their time is spent. In fact, in 2017, 197 billion apps were downloaded, ensuring that a career as an Android App Developer is a stable one with lots of opportunities for growth. When it comes to Android App development, there’s a lot to learn, so consider getting started with Simplilearn’s Google-authorized Certified Android App Developer training course. You’ll learn to master Android fundamentals along with the other skills you need with hands-on experience, developing six trending applications during the course. The course is aligned with the Associate Android Developer (AAD) Exam conducted by Google. Happy app-developing!