Top AWS Stats You Should Know About in 2021 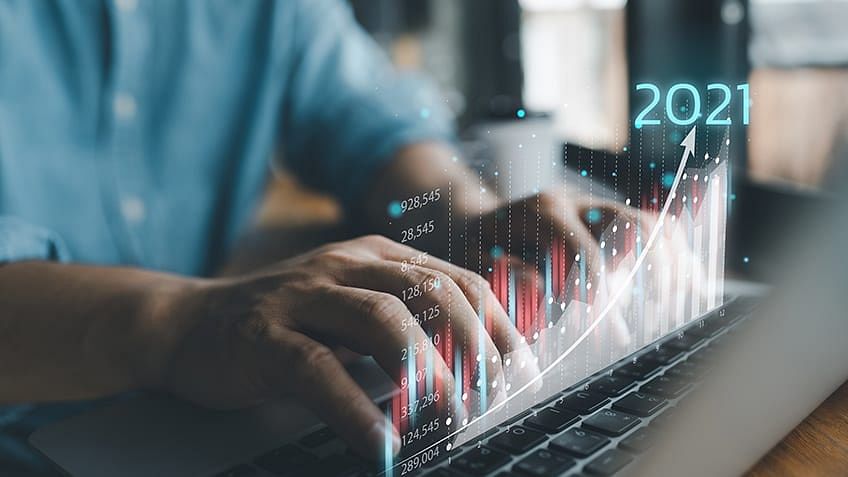 The name ‘Amazon’ doesn’t need an introduction. Founded by Jeff Bezos in 1994, Amazon officially started off as an online bookseller and over the years, grew into the global e-commerce behemoth that it is today.

Oftentimes, Amazon is almost synonymous with online purchases. In an age where people around the world are taking their shopping activities to the internet, it’s one of the first places we stop by to look for anything, from household items to the latest tech gadgets.

However, Amazon isn’t just dominating the ecommerce landscape. The company has expanded into various sectors, including cloud computing currently holds the lion’s share of the global cloud market. For the uninitiated, the term 'cloud computing' refers to a remote version of an on-premises datacenter. It enables users to remotely access computing resources, such as software, networks, databases, servers, and storage, from any geographic region across the globe via the Internet.

With global businesses increasingly moving their workloads and operations to the cloud, the demand has peaked for cloud experts who can help companies assist in their transition. Whether you’re someone looking to start an IT career or you’re working in a technical role and wish to advance your career prospects, gaining expertise in cloud computing can be an excellent addition to your resume. And, one of the fundamental elements to cover when you begin to learn cloud computing is being familiar with major cloud platforms, such as Amazon Web Services (AWS).

This article gives you an insight into some powerful and interesting AWS stats to get you started.

Launched in 2006, Amazon Web Services (AWS) offers cloud computing services to government organizations, enterprises, educational institutions, and individuals on a pay-as-you-go model. According to a CSA (Cloud Security Alliance) report, AWS holds 41.5% of the cloud computing market -- greater than all of its competitors combined -- Microsoft Azure (29.4%), Google Cloud (3.0%), and IBM (2.6%). One of the little-known AWS facts is that Amazon Web Services struck a $600 million deal with the Central Intelligence Agency (CIA) in 2013 to support their cloud computing needs.

An early entrant in the cloud infrastructure market, AWS reported an earning of $3 billion in 2013. The company’s revenues shot up to $35 billion by 2019, driven by the worldwide adoption of cloud-based services, making it the primary income generator for its parent organization, Amazon.

Here’s a list of some of the most fascinating AWS facts and AWS stats.

Amazon Web Services has more than 1 million active users. According to various consulting firms, enterprise-scale customers make up about 10 percent of AWS users, and the rest are small and medium-sized businesses.

Most Fortune 500 enterprises and over 90 percent of the Fortune 100 organizations leverage the APN (AWS Partner Network) to develop services and solutions for customers. Some of the world’s biggest brands such as Facebook, Netflix, Adobe, and BBC rely on it to fuel their top projects.

AWS Is the No. 1 IaaS Player

According to a new TSO Logic report, Amazon Web Services prices continue to get lower. The report reveals that AWS has lowered prices sixty-seven times since its launch in 2006.

A Wide Array of Databases

Learn about the AWS architectural principles and services like IAM, VPC, EC2, EBS and more with the AWS Solutions Architect Course. Register today.

As migration to the cloud accelerates worldwide, the demand for IT professionals with a deep understanding of Amazon's cloud architecture is skyrocketing. However, the supply is failing to meet the growing demand. There is a tremendous shortage of professionals equipped with AWS skills, and hence, an upskilling program from a leading educational institution, such as Simplilearn, can help you take advantage of this talent gap.

Simplilearn’s AWS Cloud Architect Master’s Program makes you an Amazon Web Services expert. The industry-recognized course, which incorporates 140+ hours of applied learning, 92 hours of instructor-led training, and 46 hours of self-paced learning, will help you master the architectural principles of AWS, and its key components, such as CloudFormation and S3. Here's the link to your AWS cloud architect certification.