What is AWS EC2 and Why It is Important?

AWS CloudFront: Everything You Need to Know

An Introduction To AWS Auto Scaling

An Introduction to AWS SageMaker

Lesson 4 of 14By Simplilearn 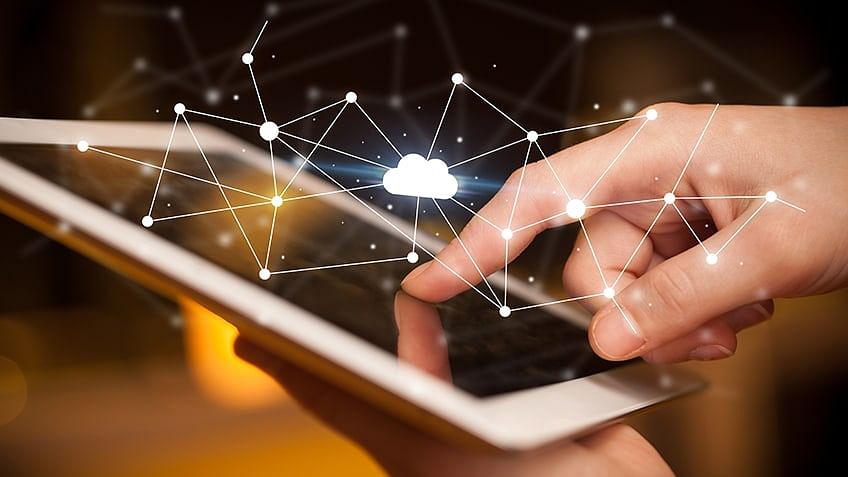 Businesses have many reasons to adopt cloud computing. Whether they do so to streamline processes and reduce costs, to manage risks, to improve data security, or any other purpose, businesses of all sizes are migrating to the cloud.

Amazon Web Services (AWS), a leading cloud service provider, offers several services to integrate local resources with the cloud seamlessly. One such service is the Amazon Virtual Private Cloud (VPC). This article outlines how to create virtual networks that closely resemble the ones that operate in your on-premises data centers, but with the added benefit of AWS resources and services.

Let us now begin by understanding more on AWS VPC and subnets.

Each VPC that you create is logically isolated from other virtual networks in the AWS cloud and is fully customizable. You can select the IP address range, create subnets, configure root tables, set up network gateways, define security settings using security groups, and network access control lists.

Each Amazon account comes with a default VPC that is pre-configured for you to start using immediately. A VPC can span multiple availability zones in a region. This is the diagram of a default VPC:

The default VPC is suitable for launching new instances when you're testing AWS, but creating a custom VPC allows you to:

By default, instances that you launch into an Amazon VPC can't communicate with your network. You can connect your VPCs to your existing data center using hardware VPN access. By doing so, you can effectively extend your data center into the cloud and create a hybrid environment. To do this, you will need to set up a virtual private gateway.

A peering connection can be made between your own VPCs or with a VPC in another AWS account, as long as it is in the same region.

If you have instances in VPC A, they wouldn't be able to communicate with instances in VPC B or C unless you set up a peering connection. Peering is a one-to-one relationship; a VPC can have multiple peering connections to other VPCs, but transitive peering is not supported. In other words, VPC A can connect to B and C in the above diagram, but C cannot communicate with B unless directly paired.

Additionally, VPCs with overlapping CIDRs cannot be paired. In the diagram, all VPCs have different IP ranges. If they have the same IP ranges, they wouldn't be able to pair.

In the event that the default VPC gets deleted, it is advised to reach out to AWS support for restoration. Therefore, you’ll only want to delete the default VPC only if you have a good reason.

After going through what AWS VPC is, let us next learn the IP addresses.

Give Your Appraisals The Edge

IP addresses not reachable over the internet are defined as private. Private IPs enable communication between instances in the same network. When you launch a new instance, a private IP address is assigned, and an internal DNS hostname allocated to resolves to the private IP address of the instance. If you want to connect to this from the internet, it will not work. You would need a public IP address for that.

As a part of our AWS VPC tutorial, let us learn about subnets.

The following is a basic diagram of a subnet:

There is a virtual private cloud consisting of availability zones. A subnet is created inside each availability zone, and you cannot launch any instances unless there are subnets in your VPC.

Private subnets are for resources that don't need an internet connection, or that you want to protect from the internet; database instances are an example.

Let us extend our AWS VPC tutorial by looking into networking.

An internet gateway is a redundant, horizontally scaled, and is a highly available VPC component. It enables communication between instances in your VPC and the internet. Therefore, it imposes no availability risks or bandwidth constraints on your network traffic.

In this diagram, we've added the internet gateway that is providing the connection to the internet to your VPC. For an EC2 instance to be internet-connected, you have to adhere to the following rules:

Amazon defines a route table as a set of rules, called routes, which are used to determine where network traffic is directed.

As mentioned earlier, public and private subnets protect your assets from being directly connected to the internet. For example, your web server would sit in the public subnet and database in the private subnet, which has no internet connectivity. However, your private subnet database instance might still need internet access or the ability to connect to other AWS resources. You can use a NAT device to do so.

In the diagram, you can see a NAT device is added to the public subnet to get internet connectivity.

AWS recommends the NAT gateway because it is a managed service that provides better bandwidth and availability compared to NAT instances. Every NAT gateway is created in a specific availability zone and with redundancy in that zone. A NAT Amazon Machine Image (AMI) is used to launch a NAT instance, and it subsequently runs as an instance in your VPC.

A NAT gateway must be launched in a public subnet because it needs internet connectivity. It also requires an elastic IP address, which you can select at the time of launch.

As a part of our learning about the AWS VPS, security groups and network ACLs takes an important role. So, let's dive in.

Get Certified in AWS, Azure and Google Cloud

A web server needs HTTP and HTTPS traffic at the least to access it. The following is an example of the security group table:

Here, we allow HTTP and HTTPS, the ports associated with them, and the sources from the internet. All traffic is allowed to those ports, so any other traffic that arrives on different ports would be unable to reach the security group and the instances inside.

If we consider a SQL server database, then you need to open the SQL server port to access it.

We've allowed the source to come from the internet. Because it's a Windows machine, you may need RDP access to log on and do some administration. We've also added RDP access to the security group. You could leave it open to the internet, but that would mean anyone could try and hack their way into your box. In this example, we've added a source IP address of 10.0.0.0, so the only IP ranges from that address can RDP to the instance.

There are a few rules associated with security groups, such as:

The Network Access Control List (ACL) is an optional security layer for your VPC. It acts as a firewall for controlling traffic flow o and from one or more subnets. Network ACLs can be set up with rules similar to your security groups

Here is the network diagram:

You can find the Network ACLs located somewhere between the root tables and the subnets. Here is a simplified diagram:

You can see an example of the default network ACL, which is configured to allow all traffic to flow in and out of the subnet to which it is associated.

Each network ACL includes a rule an * (asterisk) as the rule number. The rule makes sure that if a packet is identified as not matching any of the other numbered rules, traffic is denied. You can't modify or remove this rule.

For traffic coming on the inbound:

Let us next look into the AWS VPC best practices.

Are you skilled enough with the AWS concepts? Try answering this AWS Solutions Architect Practice Test and find out.

You should use private subnets to secure resources that don't need to be available to the internet, such as database services. It enables the flexibility to launch a service in the subnets.

To provide secure internet access to instances that reside in your private subnets, you should leverage a NAT device.

When using NAT devices, you should use the NAT gateway over NAT instances because they are managed services and require less administration. It also provides secure internet access to your private subnets.

You should choose CIDR blocks carefully; Amazon VPC can contain anywhere from 16 to 65,536 IP addresses. You can select your CIDR block according to the number of instances needed.

There are various limitations to the VPC components. For example, you're allowed:

However, some of these limits can be increased by submitting a ticket to AWS support.

Use security groups and network ACLs

Looking to Learn More About AWS?

AWS or the Amazon Web Services offers a wide range of services and also provides certifications to help you demonstrate your expertise in different cloud services. Depending on your interests and current job role, you can pick a certification that best suits your role. As preparing for AWS certification can be a daunting task to accomplish, Simplilearn offers an AWS Solutions Architect Certification Training Course. The course helps you gain expertise in AWS architectural principles and services and designing AWS Cloud implementations with best practices, as recommended by Amazon.