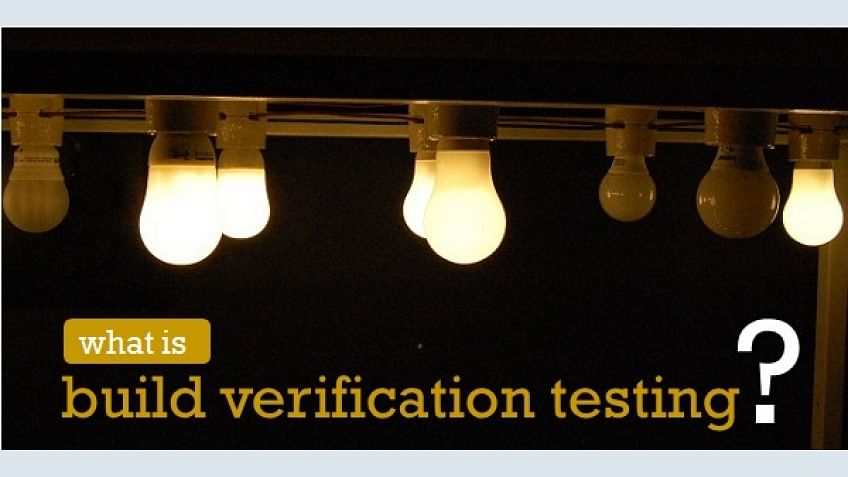 Build Verification Test is a set of tests run on every new build to verify that build is testable before it is released to test team for further testing. These test cases are core functionality test cases that ensure application is stable and can be tested thoroughly.

The build acceptance test is generally a short set of tests, which exercises the mainstream functionality of the application software. Any build that fails the build verification test is rejected, and testing continues on the previous build (provided there has been at least one build that has passed the acceptance test).

It is a set of tests run on each new build of a product to verify that the build is testable before the build is released into the hands of the test team.

Pro-Tip: If you are looking to launch a career in Software Testing, consider a professional, accredited, globally recognized credential in the domain.

What happens when BVT suite run

What is process to run the build verification tests?

All the new and modified files are included in release,

All file formats are correct,

Every file version and language, and

Flags associated with each file.

Below are some tips to select Build Verification tests

Once the bug is fixed; BVT test suite is executed again. This process gets repeated for every new build.

Key point to success of BVT

Kshama Rangan is an ISEB certified Corporate IT Trainer in UK and a software test professional, with more than 7 years of experience in a variety of technologies across multiple industry sectors combined with the complete understanding of Project Management, Agile Methodologies and Software Testing.