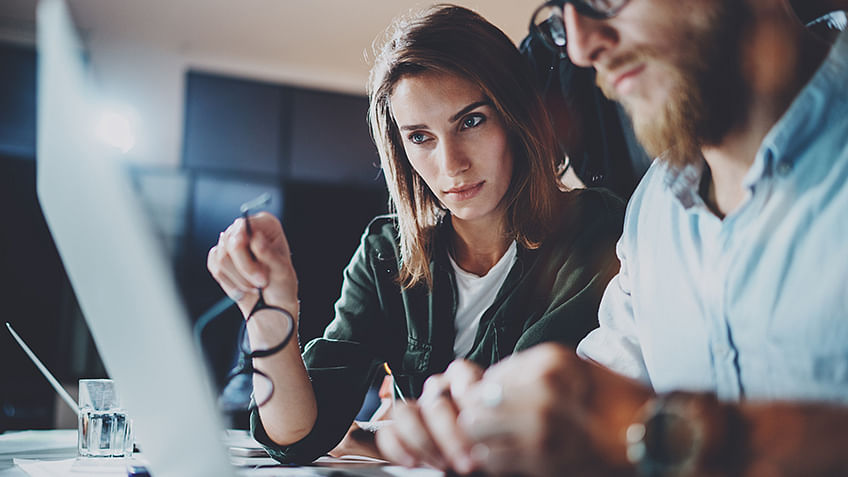 Chef is an open source configuration management tool developed by Opscode. Chef is available for free, but there are paid versions, such as Chef Enterprise. Chef is written in Ruby and Erlang, and offers a means of defining infrastructure as code that can be deployed onto multiple servers, which also includes automatic configuration and maintenance.

Get the overview of Chef and demonstrate the Chef configuration with the DevOps Certification Training Course. Enroll today!

What is Configuration Management?

Let us now begin this Chef tutorial by understanding about configuration management. Configuration management is a collection of engineering practices that provides a systematic way to manage all of the entities required for efficient deployment. These entities include code, which is what the system administrators write for configuring various systems, infrastructure, which is the collection of systems and servers, and people, who take care of the infrastructure.

Now that you know what configuration management is, let’s now see what is infrastructure as a code in this Chef tutorial.

Infrastructure as code is a type of IT infrastructure that allows the operations team to automatically perform various procedures, rather than having to manually perform them. With this feature, all of your policies and your configurations are written as code.

If you use Chef, you’ll hear the term “infrastructure as code” often. Let’s say you need to set up a server and install over a dozen software applications, which can normally be a time-consuming process. With Chef, you can use code to simplify things, rather than manually install all of the software. The code is easily modifiable, can be tested to catch any bugs, and is deployable.

As a part of this Chef tutorial article, let’s see what are the components of Chef.

Chef is broken down into three main components: the workstation, the server, and the nodes.

The workstation is the system where the admin sits. The system creates the code for configuring and managing the infrastructure, and that code (which is written in Ruby) is called a recipe. Multiple recipes in a collection are called cookbooks. The cookbooks are uploaded to the server by means of the Knife command line.

The second component, the server, is the middleman between the workstation and the nodes, and it is where the cookbooks are stored. The server provides the tools required to drive the node configurations and may be hosted locally or remotely.

The final component is the nodes, the systems that require the configuration. In a Chef architecture, you can have a number of nodes that are responsible for collecting all the information regarding current node states. This information is then sent over to the server to be compared against the configuration files and to check if any new configuration is required.

Since you have a number of nodes in a Chef architecture, it's not necessary for them to be identical;l, every node can have a different configuration.

The following Chef tutorial video illustrates the process when it comes to Chef architecture:

Next in this Chef tutorial, let’s see the flavors of Chef.

Chef comes in various flavors, such as Chef Solo, which has no remote server and cookbooks are located on the local site itself.

There’s also  Hosted Chef, where a Chef server is provided as a service on the cloud. Thus, there is no need to set up a server yourself.

If you want traditional Chef architecture, there’sChef Client/Server. With this flavor, a hosted remote server communicates between the workstation and node.

Finally, there is a Private Chef, which is the enterprise version of Chef. With this flavor, the server is hosted within the enterprise infrastructure. Let’s now check why you should use Chef in this Chef tutorial.

Test your knowledge of the top DevOps tools like Chef, Docker, and more with these DevOps multiple choice questions. Try now!

Why Should We Use Chef?

With Chef, it’s possible to cater to businesses with significantly large infrastructures that need to be continuously configured and maintained. Even if you have the best system administrator working for you, it’s impossible to take care of an infrastructure of such a large magnitude without systems failing. This is where Chef comes in.

With its automation and continuous deployment features, a company can deploy a product the minute it’s ready so that it doesn’t become obsolete. Chef can also detect potential bugs and errors and remove them before deployment.

Finally, Chef also adapts to the cloud, which is imperative in today’s increasingly cloud-reliant market. As a part of this Chef tutorial, let’s now see how to use Chef.

In A Nutshell: How To Use Chef

The following image breaks down every step involved in using Chef:

Because more companies are seeing the value of using Chef, the demand for professionals trained in Chef is continuing to grow. If you’re looking to jumpstart your career and thrive in an industry that is lucrative and exciting, consider the benefits of being a certified DevOps Architect.

With our DevOps Engineer Master’s Program, you can gain in-depth knowledge on a wide array of DevOps tools, including Chef tutorial. Learn more about our program and enroll today!