How to Install Angular and Node.js on Windows

Everything You Need to Know About Salesforce

Breaking Down CSS and CSS3 Differences 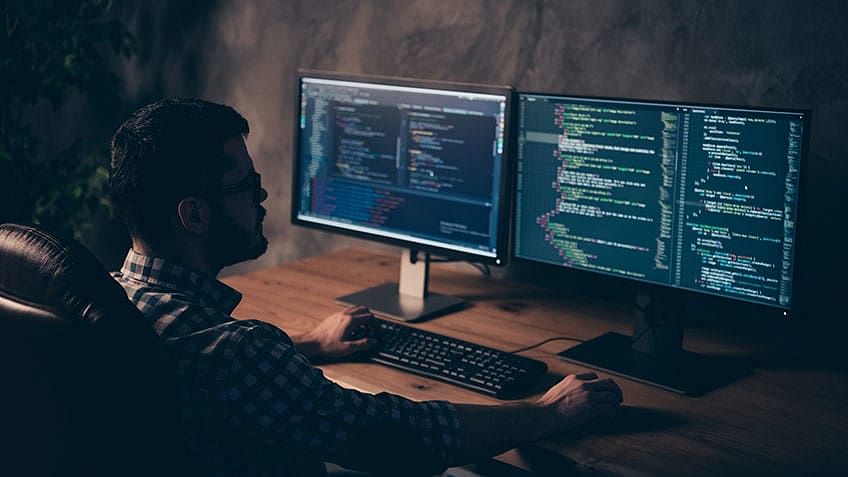 This is the Internet age, and you can find more people online than ever. Most people access websites for work, information, entertainment, financial and commercial activities, and more. And although people on the Internet want websites that work correctly, there's something to be said about making a website look good.

Which brings us to CSS. Web designers use CSS to improve the aesthetic of the websites they create. This article tackles the subject of CSS vs. CSS3. First, we will define both languages, then dedicate most of this article to the CSS and CSS3 differences.

So let’s begin by describing both languages.

CSS is an acronym, short for Cascading Style Sheets and is a stylesheet language used by web designers to create a style or make web page elements more attractive. Developed by the World Wide Web Consortium (also known as W3C), CSS is one of the essential skills that a web developer should have to build visually appealing websites.

CSS allows developers to add various attributes such as background color, text color, font size, and border size. In addition, developers can alter these values to customize the webpage’s visuals and create a more appealing aesthetic.

CSS3, also known as Cascading Style Sheets Level 3, is a more advanced version of CSS and the successor of CSS2. CSS3 is used for the same thing as CSS, namely to style web pages and make them more attractive and user-friendly. In addition, CSS3 incorporates more up-to-date features designed to increase efficiency and make it more convenient for developers to use.

As a result, there’s no need to Photoshop the shadowed text and place it as an image on the web page. The same holds for adding a shadow effect to elements, which you can easily do by using the box-shadow property.

What’s the Difference Between CSS and CSS3

So we’ve established that CSS3 is just the latest version of CSS. That’s terrific, but what sets it apart from its predecessor? The following table clearly illustrates the differences between CSS vs. CSS3.

CSS vs. CSS3: A Comparison of Features

Let's call out a selection of web design features and see how they differ between CSS and CSS3.

In contrast, once CSS3 came out, developers only needed to add a simple code to achieve the same results. For instance, here is the code for a round border: {border-radius: 25px}. In addition, it’s now easier to set gradients using simple code like: gradBG { Background:linear-gradient(red,blue); }.

But with CSS3, the display property already has the list-item specified in it. So web developers can introduce images against the list-item marker, although it doesn’t support numbering.

In CSS3, however, web developers can introduce more unique fonts instead of using web-safe labeled fonts through the HTML script.

CSS3 also allows pseudo-classes. However, CSS3 pseudo-classes come with advanced functionalities. For instance, developers can target the child elements of a parent element dependent on their position relative to the parent.

Get skilled in HTML5 and CSS3 with the Full Stack Java Developer Master's Program. Click to check out the program details!

If all this talk about designing web pages has fired up your imagination and made you consider learning how to code, Simplilearn has what you need to get started. The Caltech Coding Bootcamp can teach you how to code and become a full-stack developer within just six months.

This bootcamp, held in conjunction with CalTech’s Center for Technology Management and Education (CTME), helps you master front-end and back-end Java technologies. You will start with the basics and progress to the more advanced aspects of full-stack web development. Additionally, you will learn Angular, Spring Boot, web services, JSPs, and MongoDB to help you launch your new and exciting career as a full-stack developer.

According to Indeed, a full-stack developer in the United States can potentially earn a yearly average of $100,239. What's more, the United States Bureau of Labor Statistics indicates that employment in computer and IT-related occupations is anticipated to grow by 13 percent between the years of 2020 and 2030, adding almost 700,000 new jobs. This increase is more rapid than the average for all other occupations.

So, if you're looking for a secure career that pays well and will challenge your creativity, consider learning to code and becoming a full-stack developer. Visit Simplilearn today, and get the resources you need to make your dreams of a better career a reality!