HomeResourcesDevOpsTop 10 Docker Alternatives for Containerization and Their Standout Features 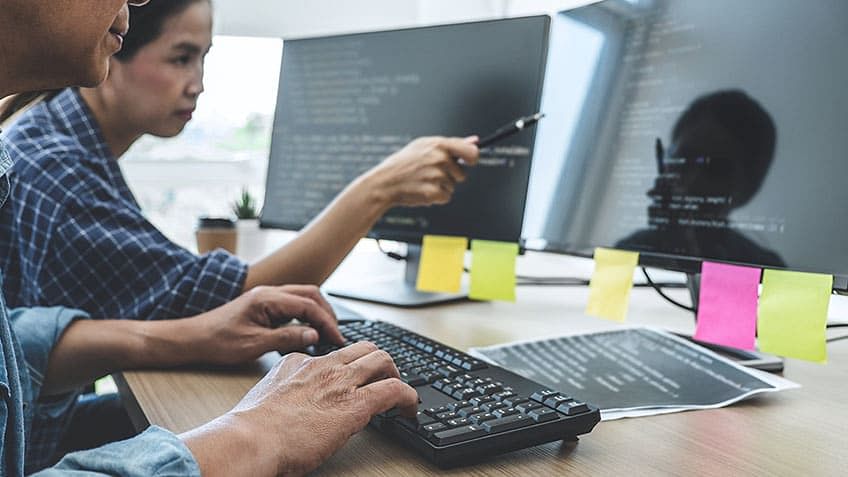 Software developers are increasingly being called on to produce better quality apps at a faster rate. In today’s digital economy, there’s a great demand for more products. So, DevOps professionals need to have a wide choice of tools to stay at the top of their game. Fortunately, application developers have access to many—it’s just a matter of choosing the best ones.

Containers have become the go-to solution in the world of app development, giving developers unprecedented DevOps advantages. Docker is one of the more popular containers available today.

Before beginning with the details of the docker alternatives, let us understand more about Docker containers.

What Are Docker Containers?

Whenever you’re looking for the definitive explanation of any piece of technology, you can’t go wrong if you check out the creator’s site. In this instance, the Docker site defines a Docker container as follows:

“A container is a standard unit of software that packages up code and all its dependencies, so the application runs quickly and reliably from one computing environment to another. A Docker container image is a lightweight, standalone, executable package of software that includes everything needed to run an application: code, runtime, system tools, system libraries, and settings.”

A container image becomes a container at runtime, and in the specific case of Docker, the images become containers once they run on their specialized runtime software, the Docker Engine. You can learn more about Docker here.

If you’d like to become savvier about Docker containers, check out this tutorial.

Let us next learn why use docker containers before getting into the details of docker alternatives.

Why Use Docker Containers?

We see that containers are a means of running applications in a more efficient manner, which makes them potentially useful in DevOps, and Docker is a particular container type. But why should anyone use Docker containers?

They Use Fewer System Resources

Virtual machines turn one server into many abstract servers. However, each virtual machine features a full copy of the operating system, the application itself, and any needed binaries and libraries. These requirements eat memory up to tens of GBs. Containers, on the other hand, are application layer abstractions that bundle the code and dependencies together into one package. One machine can run multiple containers, sharing the operating system kernel among many containers while letting each container run as an isolated process. Also, since containers require fewer resources, they run faster compared to virtual machines.

Since Docker containers use fewer resources, they put less stress on an organization’s IT budget.

Docker containers work in most DevOps applications like Ansible, Chef, Puppet, and Vagrant, or used by themselves to manage development environments.

They Lend Themselves to Continuous Integration/Continuous Deployment

The CI/CD methodology revolves around developers creating and integrating their code into a shared destination as often and early as possible, then deploying that code efficiently and swiftly. Docker containers work best with CI/CD because they make it easy to create local development environments that precisely mimic live servers. They can run many development environments simultaneously from the safe host using unique software, configurations, and operating systems and facilitate test projects on various and new servers. Finally, Docker containers permit any developer to work on the same task using the same precise settings regardless of the local host environment.

They Result in Faster Delivery Cycles

Docker containers make it easy to deploy new versions of an application that require updates or other changes.

Let us now begin with the basics of docker alternatives.

An Introduction to Docker Alternatives

Before we plunge into a list of alternatives, we should discuss Docker alternatives basics. Docker containers are extremely popular in the IT community, and its Community Edition (CE) is free (there is a fee-based Enterprise Edition (EE) as well). Given these advantages, why would there be an interest in alternative containerization methods?

For starters, Docker containers can only run individual processes and don’t support full-system container operations. Also, the Docker engines only support their own Docker container format. Docker isn’t perfect, and developers have cited the following cons:

And there are certain cases where you shouldn’t use Docker, including:

Back in 2017, Docker made up 99 percent of containers. A year later, that number went down to 83 percent. That’s still impressive, but it shows that container alternatives are making inroads into the market.

You can check out some container alternatives and hopefully circumvent Docker’s disadvantages. Time to check out some promising options. If you are involved in DevOps, you should familiarize yourself with these alternatives, increase your skillset by going for either a Post Graduate Program in DevOps or a DevOps Engineer Master’s program. This combination of education and alternative containerization knowledge makes for a more well-rounded DevOps professional.

Next, let us check out the list of the top docker alternatives.

Cloud Foundry is an open-source, industry-standard cloud application platform that supports the most popular programming languages and developer frameworks right out of the box. You can deploy it to run applications on your native computing infrastructure or deploy the apps on an IaaS such as Azure, AWS, GCP, OpenStack, or vSphere.

Containerd is an open-source daemon that works as an interface between your container engine and container runtimes. It is supported by both Linux and Windows and characterized by easy to manage container lifecycles.

This open-source alternative is pronounced "rocket" and is one of Docker's most popular container solution alternatives. It offers better security and is great for rapid deployment and public cloud portability. You can get CoreOS rkt up and running quickly and easily, and it’s perfect for any development environment where hardware and operating systems aren’t homogenous.

Windows Hyper-V containers are not open source, though they’re compatible with open-sourced solutions. Hyper-V offers higher levels of isolation and portability, and function best as Windows server virtualization. It’s a Windows-only alternative, but it’s a more cost-effective choice over VMWare.

Kubernetes is another open-source container management runtime environment used to automate deployment, scaling, and management. The platform has a considerable following and is used by well-known companies like eBay, Pokemon GO, Yahoo, and Zulily. Kubernetes is an excellent platform for hosting cloud-native applications that need rapid scaling because it can span hosts across hybrid, private, public, and on-premise clouds.

LXC is an open-source set of low-level container management resources designed to offer isolated application environments that function like virtual machines, but without the requirements needed to run their own kernel. Unlike Docker, LXC allows you to run more than one process in a single LXC container. However, Docker makes up for this by offering better portability, since it performs better at resource abstracting. LXC is ideal for traditional application design.

OpenVZ is an open-source container-based virtualization runtime that runs multiple virtual environments and private servers on one Linux operating system. Since the hosts share just one kernel, OpenVZ has a lower memory footprint than other container runtimes.

RunC is an open-source, lightweight, standardized, interoperable container runtime. It began as a low-level Docker component but eventually spun off into an independent, standalone modular tool. RunC's purpose is to improve container portability by offering a standardized runtime that works both with Docker and Docker independent in other container systems.

The open-sourced Vagrant is a tool designed to build, support, and maintain portable virtual environments, specifically for software development. The tool’s goal is to maximize development productivity by simplifying virtualizations’ software configuration management.

Do You Want to Become a Certified Docker Associate?

This article’s focus on Docker alternatives notwithstanding, Docker still vastly dominates the container market. If you’d like to become a certified Docker associate, Simplilearn can help you achieve your career goal.

According to Payscale, Docker professionals can earn an average of USD 97,799 annually. But whether you stick with Docker or not, containerization is here to stay and is gaining increased acceptance in the DevOps community. Let Simplilearn help you stay ahead of the tech curve. Get that Docker certification today, and enrich your IT career!