HomeResourcesDevOpsDocker Tutorial: A Step by Step Tutorial for BeginnersWhat Is and What Are the Benefits of Docker Container?

Lesson 6 of 12By Shivam Arora 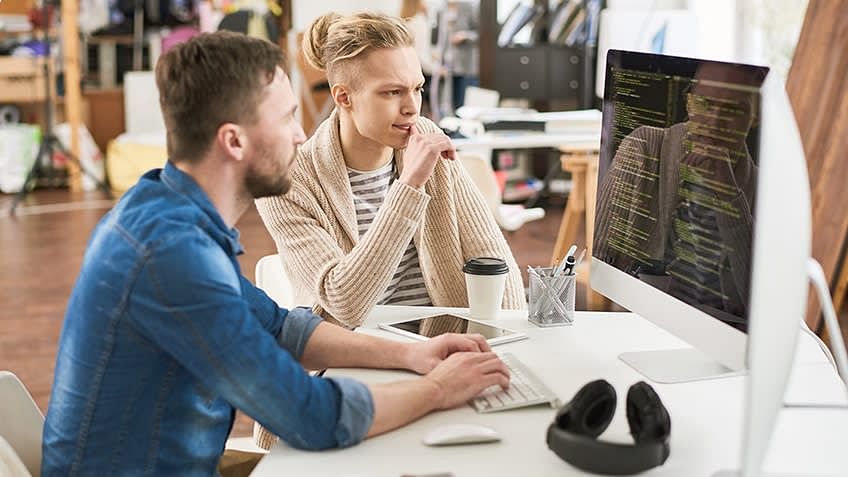 The Docker (previously called “dot-docker”) platform allows you to package up your application(s) and deliver them to the cloud without any dependencies. If you have begun creating cloud-based applications, you should get a strong understanding of the benefits of Docker. This platform is a great way to create isolated environments and automatically scale them up or down.

Our philosophy is to create systems that are focused on developing a single application. By this, I mean that we want to work with one or perhaps two unique projects and let the rest of our applications move to the cloud. We tend to break these applications into isolated and encapsulated components that don't share resources. This dividing process creates a Dockerfile and an application-based build definition deployed using tools like Docker Compose.

While we typically build a single app on the Docker platform, this doesn't mean you can't have multiple apps, each with its repositories of code. The apps in our application stack don’t need to be built and deployed exactly. For example, we can create a microservices architecture system by ourselves. It uses Docker containers (not to be confused with the standard docker images you see) to package up its services and deploy them to cloud providers such as AWS, Google Cloud, Azure, etc. The benefits of Docker in building and deploying applications are many:

Keep these benefits of Docker in mind as you create the container infrastructure necessary for building applications in the cloud. Our philosophy involves using Docker containers for many of our applications instead of just building each application and distributing the application separately as you might with Heroku, CloudFront, Google App Engine, etc.

Docker Compose is an open-source tool that allows you to easily define and deploy your containers using a build definition. You define a set of project-specific dependencies and build-time tasks that will build and deploy each container. The following two projects represent the services that our application requires to work:

(Note: These two containers are deployed using Docker Compose. However, before you deploy this command, you'll need to make sure that you've installed Docker on your server.)

In the above configuration, we can see two containers that are running on the same host. To deploy our application, we'll use the following two commands to deploy the application to the cloud provider of our choice.

As you can see from the above output, our app was built as quickly as a single command. Now we can upload this image to the cloud provider of our choice and deploy the application!

The following commands will deploy our application:

Step 1: Moving the Container Infrastructure to the Cloud

This image is deployed using a Docker Swarm Hub. As we mentioned in our previous article, Swarm is a fully managed docker service. However, we wanted to keep some of the complexity of running a Swarm Hub and integrating with a HashiCorp Vault. Instead, we decided to deploy to a Kubernetes cluster. Kubernetes is a container orchestration solution that allows you to deploy and operate container clusters that deploy containers of various kinds. We can see in the above image that we deployed to a container cluster managed by Kubernetes.

Note that this is only a small subset of the available options in the specific provider that we choose to use. You can learn more about these providers in the respective providers' documentation

Now that we've deployed our application, we need to create a few necessary components to run our system.

The Dockerfile is responsible for configuring our production environment. A Dockerfile is a bash script we use to create our system. This script needs to provide configuration for the various components and to deploy our application.

The Vault is responsible for protecting, securing, and access to our source code. It stores secrets, credentials, and secret keys and is usually used for a wide range of environments.

Using Vault, we can configure a specific user or group to access the various source code repositories and databases.

To add Vault to the project, we need to edit the project's source code and add the source files in the right place. These files are in the /vault directory. We also must include the dependencies of Vault.

To add the necessary Vault source files to the project, we can do the following:

We now have our code in the right place and can build our container images.

We run the Dockerfile from our root directory to run the application.

This command will run the Dockerfile from the /vault directory.

The application will now start and provide us with a primary and straightforward API.

To deploy the application to our machine, we can use the following command.

We can see that we have the instance that is running our application.

To restart our instance, we can use the same command:

And we can see that our instance is now running.

Now that the application is running, we can do the following:

This command shows us the machine states of the application.

We can see that our machine is now running our application, and we can see its state.

To inspect the contents of our source code, we can use the following command:

This command will output the content of our /vault/code directory.

The Benefits of Docker: Wrapping It All Up

Now that you know how to use Docker to run and deploy a containerized application, it is time to look at an example of a fully automated containerized application in a future article. In the meantime, to advance your understanding and practical experience of DevOps tools and the benefits of Docker, consider the Post Graduate Program in DevOps. This is a comprehensive certification program offered in partnership with Caltech CTME.