Career Tips: Making Your New Year’s Resolution for a Successful Career in 2023

What Is Emotional Intelligence and Its Importance 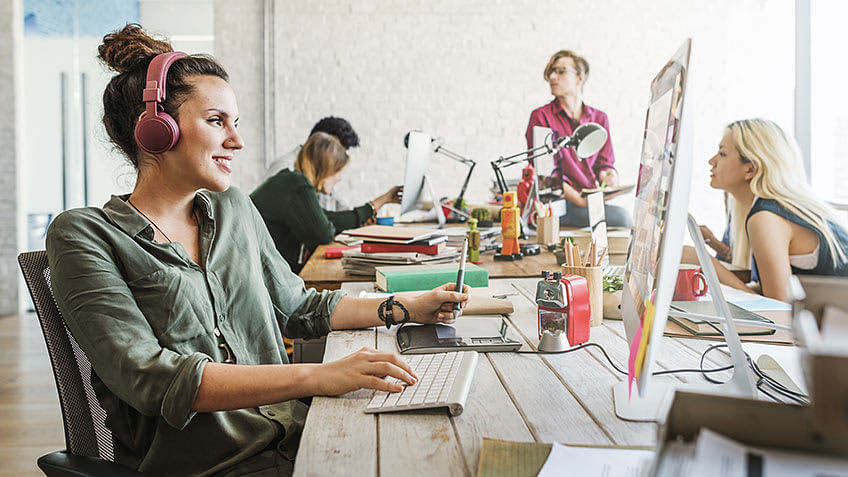 Emotional intelligence is our ability to recognize emotions in ourselves and others, to understand their effects, and to use that knowledge to guide our thoughts and behaviors. Because emotionally intelligent people tend to get along better with others and be more empathetic and compassionate, they are likely to be more successful compared to their counterparts. And that makes emotional intelligence something worth learning more about.

Why is Emotional Intelligence Important

Emotional intelligence can assist you in building stronger relationships, achieving success at school and work, and achieving your career and personal goals. Also, it can help you connect with your feelings, act on your intentions, and make informed decisions regarding your personal goals.

What is Emotional Intelligence?

Emotional intelligence (EQ) is the ability to understand, use, and manage your feelings for the purpose of reducing stress, communicating effectively with others, empathizing with them, and overcoming challenges.

If emotional intelligence sounds like an oxymoron to you, that’s understandable. We tend to think of our emotions and our intelligence as two separate things. But put them together as emotional intelligence, and it’s essentially a different way to be smart because it’s “the capacity to be aware of, control, and express one's emotions, and to handle interpersonal relationships judiciously and empathetically” according to the dictionary definition. The term was made popular by psychologist Daniel Goleman in his book Emotional Intelligence: Why It Can Matter More Than IQ, in which he redefines what it is to be smart. In the book, Goleman lays out seven components of emotional intelligence.

How Emotional Intelligence is Measured?

Emotional Intelligence is the way of positively managing emotions to relieve stress and involves the ability to use and understand emotions. Additionally, it includes a positive way of effectively communicating, and empathizing with others and helps to create strong relationships at the office, school, and college. It also enables you to take instant and informed decisions that appeal to and impact your emotions.

Here we are listing a few signs that indicate you are Emotionally Intelligent:

What is the Difference Between IQ and EQ?

If emotional intelligence is a type of intelligence, how does it differ from the mental type? In part, by how it’s measured. One’s intelligence quotient (IQ) is a score derived from standardized tests designed to measure intelligence. Your IQ relates directly to your intellectual abilities, like how well you learn as well as understand and apply information. People with higher IQs can think abstractly and make mental connections more easily.

Just because you walk through the door and into an office building does not mean you check your emotions at that door before starting work, although it used to seem that way. In reality, emotions have always been in the workplace, but they were to be kept in check, with people pretending not to feel while they were on the clock.

These days, however, we are allowing emotions at work and recognizing the benefits of doing so. And emotional intelligence matters more than it used to because the workplace has changed. Today we work largely in teams, not isolation, for one thing, and savvy companies are realizing that recognizing emotions can exist lead to healthier environments. This doesn’t mean it’s an emotional free-for-all by any means, but it does mean people are more likely to be aware of their own and others’ emotions and act accordingly. People with higher emotional intelligence are also more adaptable to change—a must in our fast-changing digital age.

Companies that are hiring want to make sure they choose job candidates who will mesh well with existing teams. As a result, about 71 percent of organizations are now valuing emotional intelligence in an employee over IQ. Even the smartest person needs good people skills to succeed these days. A high IQ alone is no longer enough.

It is essential to think before you react in certain situations. Instant reactions may be sometimes rigorous and the words used may create a long-lasting impact on others' emotions. Hence, it is very important to think before reacting in any situation, and communicating softly and understandably will help to solve issues more easily and wisely.

Greater self-awareness is a symbol of EI. People with high EI are always self-aware and more conscious. Even though they are social, they set boundaries in certain things. Additionally, stress management is only the first step toward developing Emotional Intelligence. According to the science of attachment, your current emotional experience is most likely a reflection of your early life experiences. Your ability to manage core emotions such as anger, sadness, fear, and joy is frequently influenced by the consistency and quality of your early emotional experiences. If your primary caregiver understood and valued your emotions as an infant, your emotions have likely become valuable assets in adulthood.

Maintaining good social skills is another impact of Emotional Intelligence especially when others are mentally weak. Once you have emotional awareness, you can effectively develop additional social/emotional skills that will improve the effectiveness, fruitfulness, and fulfillment of your relationships. In human relationships, conflict and disagreement are unavoidable. Two people can never have the same needs, opinions, or expectations at the same time. Even though conflict is not that bad, healthy and constructive conflict resolution is necessary to build a relationship between two people. Conflict fosters freedom, creativity, and safety in relationships when it is not perceived as threatening or punishing.

How to Use Emotional Intelligence?

People with high Emotional Intelligence can support others in weak times. You can boost your social skills by actively listening to others, paying attention to non-verbal communication, and giving effective solutions to their issues.

Early Growth - In 1930, Edward Thorndike,  a famous Psychologist defined “Social Intelligence” as the ability to get along with others healthily and positively. Later in 1940, Psychologist David Wechsler described that different effective elements of intelligence can determine how successful a person can be.

Later Developments - 1950’s witnessed the growth of a school of thinkers and great thinkers including Abraham Maslow focussed on different strategies to boost the emotional strength of people. A notion of Multiple Intelligence was put forward in 1970 by Howard Gardner which introduced the idea that intelligence was more just than a single, general ability.

Emergence of Emotional Intelligence - The term “Emotional Intelligence” was first used by Wayne Payne in a Doctoral Dissertation.  In 1990, Psychologist Peter Salovey and John Mayer published an influential article in the journal “Imagination, Cognition, and Personality”.

1. How self-aware is an Emotionally Intelligent person?

Emotionally Intelligent people are highly conscious of their different emotions and are capable of managing them effectively including frustrations and stress. They can easily name their emotions and also have great self-confidence and are realistic about self-awareness.

2. Do the Emotionally Intelligent have a better handle on self-regulation?

An Emotionally Intelligent person thinks before any actions or talk and can easily shift gears and lighten moods internally and externally. They are never impulsive and don’t take instant or hasty actions.

3. Are the Emotionally Intelligent tuned into the emotions of others?

Emotionally Intelligent people always tune into the emotions of others.  Such persons can be good friends, partners, parents, or leaders.

4. Are the Emotionally Intelligent more empathic?

They have high empathizing skills and can help them resolve their issues. Moreover, they are very supportive and tune their moods according to the emotions of the people.

5. Is Emotional Intelligence a valid construct?

This notion is actually in debate in this field and some Psychologists argue that it can be charisma and parsimoniously described by traits such as agreeableness.

6. Can I learn to be more Emotionally Intelligent?

Yes, you can learn to be more Emotionally Intelligent by investing time to judge your emotions and actions.

7. Are Emotionally Intelligent higher performers in the workplace?

Some Emotionally Intelligent people are good at their workplace but some are not. Hence, the correlation between the workplace performance and Emotional Intelligence is immeasurable.

8. Are the Emotionally Intelligent more motivated?

Yes, they are more motivated in managing tasks and problem solving and also good at motivating others.

9. Can you test for Emotional Intelligence in the workplace?

It is noticed that some employers test the Emotional Intelligence of candidates during recruitment. But there is no report regarding how effective it is in the work locations.

10. Can Emotional Intelligence be measured?

It is impossible since there is no validated psychometric test or scale for Emotional Intelligence. Moreover, some argue that it is an interpersonal skill and not an actual construct.

We live in an age when we can earn a certification in any number of topics to boost our careers, thanks to technology, but sadly we can’t earn one in emotional intelligence. That’s something we have to address as individuals, to recognize it as important, choose to improve it and continue to work on it—probably for the rest of our lives. But the payoffs are worth it as we become better employees, better spouses, and all-around better people.