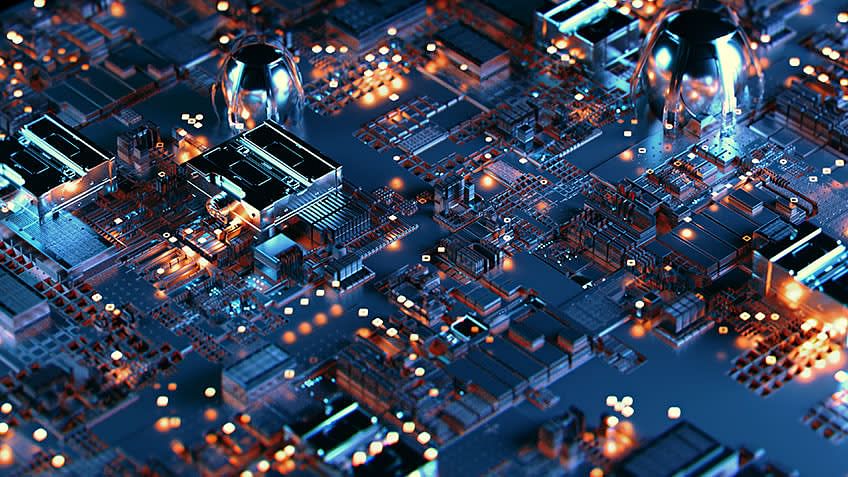 Video games are a serious business. Ask anyone who plays or designs them! A lot goes into creating these games, including various utilities, architecture, and coding. That's why today we are covering Entity Component Systems. Some writers insert hyphens between each word, but we won't be doing that, although we will often refer to the term by its commonly used acronym of ECS.

This article introduces you to the Entity Component System, including what it is, its pros and cons, examples, how to create ECS hierarchies, and much more.

Let’s begin our guide with some definitions.

What Is an Entity Component System?

The Entity Component System is an architectural pattern often used in video game development. It facilitates code reusability by separating the data from the behavior. In addition, ECS obeys the "composition over inheritance principle," providing improved flexibility and helping developers identify entities in a game's scene where all the objects are classified as entities.

An ECS consists of the following elements:

So, an ECS is an architecture that focuses on data and separates data/components, identity/entities, and behavior/systems. These characteristics make it a natural fit for video game design.

Now, let’s break down the term into separate parts and identify them better.

What Is Defined as an Entity?

An entity represents one "thing" in a video game, a distinct object representing an actor in a simulated space, typically expressed as a unique integer value. For example, if you’re playing Skyrim, all the tangible, visible “things” in the game’s universe are entities. They contain no actual data or behaviors.

What’s the Definition of a Component?

Components are datatypes consisting of a unique behavior assigned to an entity. They are reusable modules that programmers attach to the entities, providing behavior, functionality, and appearance, forming an entity.

For example, a sword and sorcery game programmer could build a magic sword entity by gathering these components:

What Is Considered the System?

For example, a camera system manages every entity with a camera component, controlling which camera is active.

The Advantages of ECS

Here’s why Entity Component Systems are a benefit to programmers:

The Disadvantages of Using ECS

Of course, every tool has its downside. Here’s are things about ECS that aren’t as great:

This illustration, provided by Docs.unity3d, shows an example of ECS architecture and how the parts all work together.

We can break down the ECS data flow into the following steps:

So, a gamer presses the “right arrow” key while adventuring in a fantasy world. The player input system detects the gamer’s key press and updates the motion component. The motion system activates and “sees” that the entity’s motion is to the right, so it applies the Physics force accordingly. Then, the render system takes over and reads the entity’s current position, drawing it according to its new spatial definition.

Why Is ECS Used?

We’ve already touched upon the advantages of ECS, but there are four reasons why game developers like using it:

How Is ECS Different From OOP?

Some people consider ECS an alternative to Object Oriented Programming, otherwise known as OOP. Although the two share some overlapping similarities, there are four key differences between them:

How Is ECS Different From Entity-Component Frameworks?

Although they share two-thirds of the same name, ECS and Entity-Component Frameworks aren’t the same. EC frameworks, like the ones usually found in game engines, are like ECS in that they allow entity creation and component composition.

But in EC, components are classes that have both data and behavior. Also, behavior is executed directly on the component. Here’s what a simple EC framework looks like, courtesy of GitHub:

Is ECS a Lower Level of Abstraction?

Not really. Although several ECS designs may leverage low-level machine optimizations, an ECS’s written code doesn’t have to be lower or higher than other approaches.

The answer really depends on the ECS framework and what kind of engine you’re using. When you integrate an ECS framework with an engine, you can get pretty compact and concise code that’s sometimes shorter than the non-ECS alternatives.

But when your ECS isn’t integrated with an engine, you will need additional glue-code to make a bridge between the native engine types and the ECS. This procedure can cause an application to write more code.

In the final analysis, though, any time spent writing ECS code is typically offset by the time savings you get from having a more maintainable codebase.

As a rule, yes, although it depends on what's being measured and the ECS implementation itself because different implementations result in different tradeoffs. So, for example, an operation that's slow in one framework could be extremely fast in another.

But you can get the most out of your ECS if you familiarize yourself with the implementation’s tradeoffs and leverage its design.

Yes, because an ECS’s behaviors are matched with a set of components, not tightly coupled with a class like in OOP. Since behaviors aren’t tied to one class, they can be used across different classes of entities.

Furthermore, programmers can introduce new systems at any stage of development. The systems will get automatically matched with any new or existing entities that contain the right components.

Is ECS Good for Multi-threading?

Usually, yes, because the separation of data and behavior means it’s easier to identify individual systems, their dependencies, and how the developer should schedule them.

Can ECS Be Used Outside of Gaming?

Yes, it can and has been used in non-gaming projects.

How Do You Create a Hierarchy in ECS?

Here’s an approach you can use to create a hierarchy in an Entity Component System, coding courtesy of Github.

How Do You Store Spatial Data in ECS?

Spatial data structures use layouts that don’t match up well with the typical ECS layout. However, you can create a query that iterates the relevant entries, storing them in spatial structures at either the start or end of each frame.

Here are the salient takeaways:

If you want to get involved in a career that provides ample rewards and long-term job security, today's commercial sector is experiencing continued demand for more full stack developers.

Simplilearn’s Caltech Coding Bootcamp gives you a valuable understanding of front-end, middleware, and back-end Java web developer technologies. The course, held in conjunction with Caltech’s Center for Technology and Management Education, uses hands-on training and phase-end and capstone projects to train you how to build end-to-end applications, store data using MongoDB, test and deploy code, and many more valuable and marketable skills.

So, if you want a new career in an exciting field with lots of growth potential or are just looking for a convenient and effective way to upskill, visit Simplilearn and see how their courses can open new doors. Check out Simplilearn today!