HomeResourcesSoftware DevelopmentTop GD and T Interview Questions and Answers for 2023

Top GD and T Interview Questions and Answers for 2023 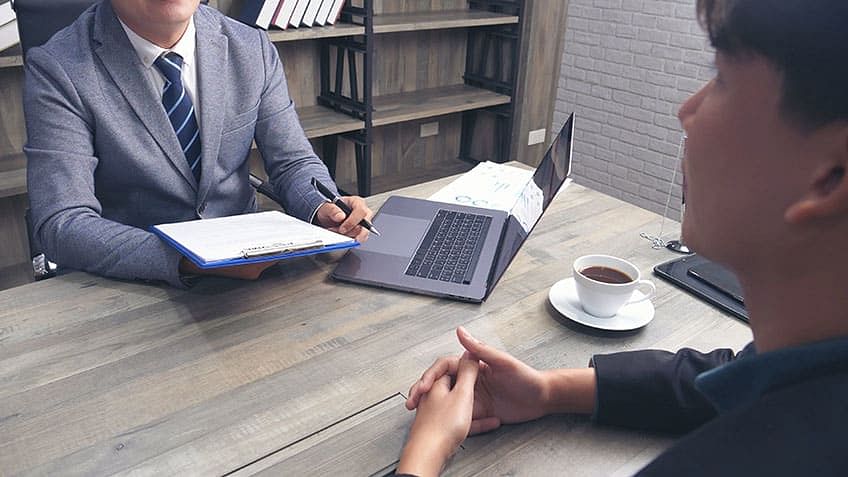 GD and T stands for Geometric Dimensioning and Tolerancing is a manufacturing mechanism and design approach. It is a set of symbols and rules used on a drawing to communicate the intent of the design. In this article, we will discuss the top GD and T interview questions.

GD and T symbols help to accurately describe part geometry in engineering drawing and help ensure the quality of the manufactured part. GD and T also help communicate design and assembly requirements in a drawing. Thus, if you are serious about a career in mechanical engineering, then you must gain expertise in GD and T. In this article, we have collated a list of the top GD and T interview questions, to help you crack your interview while applying for the post of a mechanical engineer.

2. Describe how you go about calculating feeds and speeds and how you determine cut depths and cut widths for a particular operation?

Each one may have a different answer to this question. We have a whole article on how to optimize Cut Depth and Cut Width for 2D machining. However, when you are using 3D profiling the rules change. CAM developer Robert Grzesek has written a fabulous guest post for us on how to choose your stepover for 3D work.

GD and T is important for the following reasons:

Interference fit: In this type of fit, the size of the mating parts is predefined to occur interference between these parts. Here, the hole tolerance zone is completely below the shaft tolerance zone.

Clearance fit: This fit is recognized by the occurrence of clearance between the two identical parts.

Transition fit: It is a comptonization between the interface and clearance fit. In this case of fit, the tolerance zone of the hole and shaft overlaps.

6. Explain important rules that must be kept in mind while designing castings?

The following points should be kept in mind while designing castings:

7. What is universal coupling?

This is one of the most common GD and T interview questions. Universal coupling is used to connect two shafts with axes that are inclined to each other. It consists of a pair of hinges, linked by a cross shaft.

8. Explain why you would use pneumatics?

Pneumatic systems are much cheaper than other streams, that is hydraulic systems. It can move faster and the oil does not leak if they develop a leak.

Mechanical refrigeration is the process by which heat is taken away from a particular location by using an artificial heat-exchange system. The refrigeration system can be magnetic, cyclic, non-cyclic, or thermoelectric in nature based on the application for which the refrigeration is needed.

Sliding contact can be classified depending on the thickness of various film bearings.

11. Explain how a piston head is created?

A Piston head can be designed based on the following points:

12. Study the following figure, and explain what is the feature control frame for the hole.

The main elements of the feature control frame are:

13. Explain how you can machine a hole?

You need to be careful enough to position your drill bit so that it is no more than 0.1 away at any point from its true center.

14. Explain how perpendicular a hole can be based on the picture above?

The perpendicularity is built into the position tolerance – requiring one to also have a perpendicularity to datum A of Ø0.2 as the tolerance zone needs to be perpendicular to A first. Moreover, you can also say that you might use an end mill and circular interpolate the hole to gain better control over the location and the diameter.

15. Explain what is Unilateral Tolerance?

A unilateral tolerance is the kind of tolerance in which variation is allowed only in one direction from the specified dimension.

16. Explain what is bilateral tolerance:

A bilateral tolerance is the one in which variation is allowed in both directions from the dimension specified.

17. Explain the scenarios in which you will use GD and T:

GD and T can be used in the following scenarios:

18. What is meant by the Terminology review of GD and T?

19. Explain the term Tolerance in GD and T?

Tolerance is the total amount by which a particular dimension is allowed to vary. It is the difference between the minimum and maximum limits. They are three of tolerances: types:

A variation in form is enabled between the MMC and the LMC. The actual size of the feature at any cross-section should be within the boundary size. No portion of the feature can be present outside a perfect form barrier at the MMC.

21. Explain the meaning of Datum in GD and T?

A theoretically exact point, plane, or axis derived from the true geometric counterpart of a particular datum feature. A datum is the origin from which the geometric or location characteristics of features of a part are established.

Geometric tolerance is the general term applied to the category of tolerances used to control profile, form, location, orientation, and runout.

23. What is the difference between flatness and straightness in GT and D

Both flatness and straightness are types of form control tolerances. Flatness controls the variations in a flat surface irrespective of any datum feature. Straightness controls a condition where all elements of an axis or a surface feature are available in a straight line.

24. What is the difference between cylindricity and circularity in GD and T?

25. Why are profile control tolerances used in GD and T?

Profile of Line and Profile of Surface control tolerances are used to control the complex profile of a feature. For example, as shown above, part profile cannot be controlled using linear dimensions.

26. Why are LMC and MMC modifiers used in GD and T?

LMC and MMC are used to offer bonus tolerance to the feature of a part.

28. How can you measure perpendicularity tolerance?

Perpendicularity can be measured using a height gauge, identical to flatness, however, the gauge (or part) is locked to a 90° datum to measure how perpendicular the surface actually is. The entire surface needs to be measured if it is a flat feature. To ensure that a feature or part is axially perpendicular, MMC is most often called out on axis perpendicularity to enable easy measurement with a gauge. This enables it to be designed for either a positive (pin) or negative (hole) feature and can take into account a bonus tolerance.

The letter “F” stands for “free state.” This symbol indicates a deformation beyond size tolerance or geometric tolerance under a free state.

30. Explain the term total run out

Total runout is nothing but a composite tolerance that controls the orientation, location, and cylindricity of the complete surface simultaneously. It does so by stating a datum axis and rotating the part by 360 degrees. Any valleys and peaks on the surface are observed with respect to the applicable total runout tolerance zone.

By implementing GD and T on functional features on engineering drawings, a designer will be able to effectively communicate to the manufacturer about how much geometrical imperfection is tolerable before compromising on the function of the component. This blog has provided you with the most commonly asked GD and T Interview Questions. Make sure you go through all the questions and answers provided in this article.

We suggest the Post Graduate Program in Full Stack Web Development from SimpliLearn for excellent web developer programs. This program can help you chart your career towards being a MEAN stack developer. The program will help you learn skills such as Express.js, MongoDB, Angular, and Node.js (“MEAN”), along with GIT, HTML, CSS, and JavaScript to build and deploy interactive applications and services throughout this program.

T-SQL: Here's What You Need to Know