How Blockchain Will Impact Your Organization in 2021 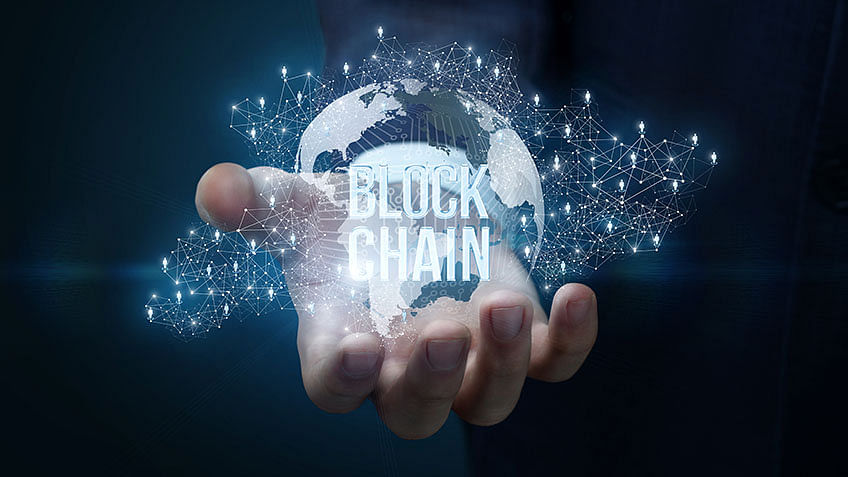 In the game of business, no organization can stand alone. The internet allows businesses to connect and create networks of mutually beneficial relationships. The forces of globalization are also making their presence known. With the Blockchain's power, businesses of all shapes and sizes can now join forces and gain a higher level of business activity than before. In business, a blockchain could be the missing piece that can bring it all together.

Blockchain Is Changing the Way We Acquire Things

What is it that enables Blockchain to gain so much traction and be the next big thing in technology? First, it is a secure platform that manages to provide a level of transparency and protection that other forms of technology cannot match. Second, Blockchain uses distributed ledger technology, which is capable of handling a high volume of transactions. This high throughput allows companies and companies to integrate Blockchain into their operations and make transactions much faster, secure, and reliable than they ever could be without it.

In many ways, Blockchain is democratizing technology and making it accessible to all. Blockchain is already proving itself as a valuable technology, and if adopted on a global scale, it could impact how businesses conduct transactions and conduct business. To thrive in an increasingly connected world, companies need to integrate Blockchain into their operations and take a serious look at its capabilities.

The Fundamentals of Blockchain

Blockchain is essentially a series of complex files (known as blocks) stored in an immutable, global ledger. They're organized in chronological order and linked using public-key cryptography, making it difficult for any user to alter the information stored.

Blockchain technology also enables a decentralized transaction system, where the information is encrypted and only accessible by those within the system. Transactions that occur within this system are validated and verified in real-time.

This structure allows for the 'double-spend' problem which occurs with digital currencies. A "spend" on one currency (i.e., BTC) is effectively lost if the balance of the other (i.e., BTC) on that wallet is not recorded.

Effectively, Blockchain allows a ledger of accounts to be shared between multiple parties and prevents the same user from spending the same money twice.

The benefit to business users is enterprise-grade applications that can carry out far more complex tasks. From a customer perspective, it means users can instantly send payments, which takes away the inconvenience of waiting for days to transfer funds.

Consequently, blockchain technology enables businesses to do away with using costly and cumbersome software that would be expensive and labor-intensive to upgrade and run. Companies are therefore able to collect more data from users and make better decisions faster than ever before.

Bitcoin is the first significant cryptocurrency that went on sale in 2009. The crypto-currency uses blockchain technology. By itself, Bitcoin can be used as a currency, a method of payment, a transfer mechanism, and as a store of value.

Digital currency is also an innovative way to transfer money and assets across the world – as such, it has captured the imagination of many. For example, in April 2018, Wells Fargo announced that it would be introducing Bitcoin to its customers.

So What Does This Mean for Business?

Other banks can also use the underlying blockchain technology to share documents. This secure and verifiable means of information transfer can drastically reduce costs for businesses that, for example, have multiple banks.

The technology is still evolving, and it's not yet sure what the potential is for business users. As an "early adopter," Bitcoin benefit from blockchain technology by creating an entirely new business category. Other Blockchain applications are creating new solutions for businesses that don't necessarily want to be early adopters.

Blockchain As a Solution for Enterprise

The obvious benefit to a blockchain is that it offers businesses and employees far more data control. A company could use the same blockchain ledger for all its assets, and not just its own.

It also solves the double-spend problem. It is likely to benefit organizations that have large corporate treasury and payments budgets. The majority of banks, and international payments, are still using outdated, legacy software. Blockchain would represent a significant upgrade for them.

Blockchain can provide secure control of documents and even of contract execution. The blockchain can serve a notary or third-party referee's function, ensuring that each step of document generation, contract signing, and even delivery of products takes place securely and verifiably.

However, business users also need to pay attention to other aspects of the technology. We are still in the early days of adoption, and some tricky parts could make blockchain applications complicated and expensive for businesses.

Firstly, the technology is still in development. The technology is relatively immature in its most rudimentary form, and there is a learning curve to master. A good reason to beware: back in 2011, a whopping 27% of the blockchain industry was wiped out in a few days, simply due to the kind of errors that can happen with new software.

Another area for caution is the cybersecurity risks. Many people are still unaware of the scope of cyber threats and the possibilities for compromising blockchain networks. Like all digital technology, Blockchain faces the challenge of keeping data safe from hackers.

When it comes to the technology's practical implications for business, the nature of Blockchain is still being debated. Even, it appears that the most significant benefits for companies will be cost-cutting and data controls. To make sure your enterprise is able to reap these benefits, look into Simplilearn’s Blockchain Certification training for your employees. You can even enroll yourself in the Free Blockchain Developer Course.