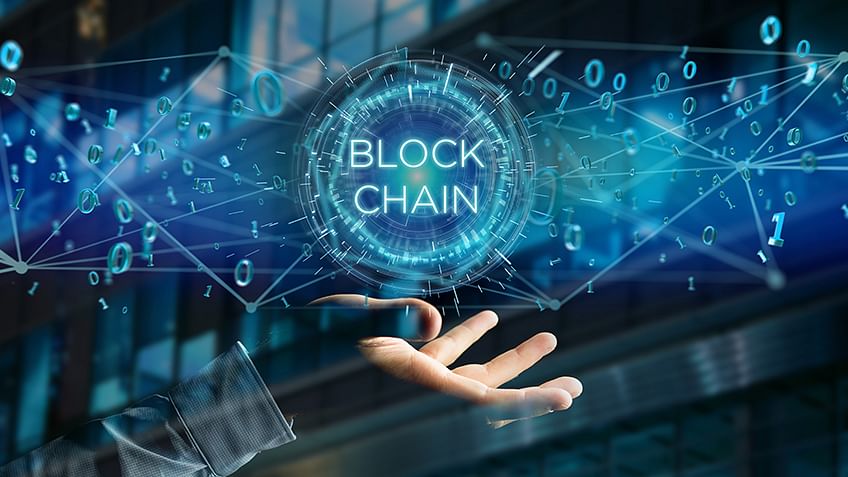 Are you looking to start an exciting new career in blockchain technology? ​​Blockchain is a revolutionary technology that is popularly known as the backbone of digital cryptocurrencies, which have been generating incredible hype in the last decade. It gained attention after a group or individual using the pseudonym Satoshi Nakamoto introduced Bitcoin in 2009. From that point on, blockchain has unfolded into a great technology that has attracted the attention of an increasingly large amount of people.

Most people who lack familiarity with blockchain confuse it for Bitcoin. However, Bitcoin is the application that introduced the world to blockchain technology for the first time. Blockchain technology has a growing number of uses in today’s digital era. Just like you may not necessarily know what propels a car, you don't have to know the blockchain operation to use it. However, learning about blockchain and getting a grasp on its basics is not only a good idea, but it can also boost your chances of starting or enhancing your career in blockchain technology.

What Exactly is Blockchain Technology?

Ten years ago, Blockchain was combined with other innovative technologies to generate cryptocurrencies, beginning with Bitcoin, the first Blockchain-based cryptocurrency. That was the first instance when Blockchain was successfully integrated and executed. Mr. Alex of Blockchain Research Institute, who authored Blockchain Revolution 2016, states that “Blockchain is a trustworthy digital ledger or a distributed database that keeps track of transactions and can be programmed to record not only financial transactions but also everything else that has worth.”

In layman’s terms, Blockchain is an encoded, dispersed database that records data similar to a computerized record of any exchanges, transactions, contracts, etc. One of Blockchain’s major highlights is that it’s an automated record that’s widely available over a large number of PCs. This means that Blockchain is accessible across a plethora of computer systems and doesn’t need to be tied down to a single place. Blockchain has started impacting the financial and technical sectors drastically by utilizing digital currency like Bitcoin, smart contracts, and other innovative and revolutionary applications.

Blockchain is useful for the protected transfer of items like property, money, contracts, and so on without any third-party intermediary, such as a bank or government agency. Once the information is recorded inside a blockchain, it is impossible to change it, thanks to its stable features.

All the information in a blockchain is chronologically stored and the central authorized organizations typically do not handle any of it. Blockchain technology becomes a valuable tool in the economic sector as the users directly access and conduct transactions without the involvement of any third party. Such transactions are carried out securely by encrypting user information. The primary benefit of blockchain technology is that it rarely faces data breach issues.

Why There Is So Much Hype Around Blockchain Technology?

There are plenty of claims regarding Blockchain’s actual potential. The distributed ledger database has been regarded as a game-changer, with many individuals staking their reputations and fortunes on it. Claims have been made about its ability to aid in increasing transparency in the health and manufacturing sectors, as well as reducing fraud for enterprise applications, such as financial systems or for that matter, any system involving centralized control. Actualizing Blockchain innovation in the thriving shared economy could diminish the requirement for focal control.

Blockchain proves its capability by bringing simplicity and immutability to the process of accessing information. The potential for smart contracts, as well as the opportunity to make new business models, should inspire business heads to review the fundamental aspects of their business in the context of Blockchain. Features like trust, immutability, privacy, and reliability make Blockchain appropriate for every industry. Blockchain technology is going to be a relevant subject of conversation for many days to come.

Blockchain technology maintains a record of entire data exchanges. In the world of cryptocurrency, the transfer of each dataset is called a transaction, while the data where all transactional records are stored is called a shared ledger. Each completed transaction is included as a block in the ledger.

Once the digital transaction happens and it is added to the distributed ledger, it becomes almost impossible to alter the data at a later time.

To start with, we need to unfold the theory of “keys.” You are provided with a set of cryptographic keys for your identity. One of the keys is called the private key, and the other is the public key. They are combined to give you a digital signature.

Your public key is like a notice that enables others to recognize you. The private key gives you a digital identity to authorize a transaction. However, to authorize any complete Blockchain transaction, you have to use both private and public keys jointly.

In the cryptocurrency world, the wallet address (public key) signifies you, and your private key helps you to authorize transfers, withdrawals, or perform other actions with your digital property, such as cryptocurrencies. Hence, it is imperative to protect your private key or else anyone who can access it would have complete authority to corrupt any of your digital assets that are associated with the public key.

Whenever a transaction happens, the user with a private key is authorized by default. For instance, in the transaction “Bob is sending Rex 0.4 BTC”, he adds Rex’s address (public key), and puts in the digital signature that he is using both private and public keys.

How Do You Learn Blockchain?

Through this software, people can add blockchain to their programming skill. The best part of this approach is that there’s no need to learn to code before learning this technology. Thus, an interested neophyte can learn blockchain and use it eventually for either personal or professional purposes.

A better approach to learning blockchain is to find the essential fundamentals that are driving this global phenomenon. After all, this is a revolutionary technology that can change one’s life significantly and entering the world of blockchain technology can render long term dividends. But still, one must be very cautious about how to initiate it.

What Skills Do I Need?

Blockchain isn’t a simple concept, so if you want to learn all about it, there are some skills you should have at least a passing knowledge of:

You don’t have to be a master in the above skills, but it helps to understand them because many of the concepts that they encompass will be things you will see when you learn blockchain.

By now, you might be thinking of the easiest way to begin your journey in the Blockchain space. Well, if you are a beginner, there are specific basic terms that you need to know, like :

Apart from the terms mentioned above, you should also be aware of the studies in computer science fields introduced to Blockchain technology. These fields are categorized as Cryptography, Distributed Computing, and Mechanism Design.

Cryptography refers to the study of finding ways to establish secure communication between computer systems.

To know the magnitude of cryptography, here’s a stat - a piece of information in Bitcoin cryptography can secure a value as high as $300,000,000,000. This digital trend will continue to surpass the more traditional methods of how our society makes safe the information or properties that we consider valuable.

Cryptography is an essential part of Blockchain, because the private and public keys are cryptographically encrypted, making it nearly impossible for anyone to hack them. Therefore it is recommended that you learn cryptography before learning Blockchain.

Before the release of bitcoin, torrenting websites were the only thing that could be considered comparable to globally distributed peer-to-peer network nodes. Although many of these websites were fairly good, they missed rendering proper incentives for people to work ethically and accurately within the network. Anyone could post anything without any consequences, things such as malicious software or subject matter that violated copyrights. Also, there were no rewards for uploading quality information.

Mechanism design is yet another confusing part of Blockchain technology that is nevertheless extremely important. A cryptographer alone may protect the information, but there has to be some incentive for owning that information. For it to have any worth (and to prove it may not be double-spent), a distributed computing engineer might connect a network of computers to spread information.

However, if there is an imbalance in the incentives created, it makes for a lesser safe network such as the aforementioned torrenting sites. Mechanism design eliminates these issues and provides a safe working space for Blockchains.

Where do I Start? Join Professional Courses for Learning Blockchain Technology

If you are a novice to blockchain technology but are passionate about it and want to learn more, or you are searching for career options in blockchain technology, then a Blockchain Certification course is the perfect place for you to start. This course is beneficial for individuals who wish to learn about relevant topics in cryptocurrency and the wider blockchain space.

Additionally, it will help you master the core blockchain platforms. You’ll understand Bitcoin and its working, key vocabulary, and the concepts commonly utilized while learning blockchain. Also, you can learn about the tools, like git, docker, and even truffle.

Professional courses provide you with blockchain lessons and offer valuable tips that ensure you have a clear understanding of blockchain technology and its implementation.

The web is littered with a lot of hype about Bitcoin and other "blockchain-related" topics that have no real-time information. So, when you learn blockchain and its uses through these courses, you’ll understand how to develop a sample blockchain application.

The courses cover many essential concepts, from the cryptographic underpinnings of blockchain technology to allowing de-centralized applications on a private Ethereum blockchain platform. It’s a perfect platform for programmers, engineers, or anyone who is keen to learn the implementation of blockchain application and decode its potential.

As a part of the certification training courses, you also learn programming languages that help you develop Blockchain applications, like:

Though Bitcoin is the most successful implementation of blockchain technology, it has much broader and has more significant potential than just cryptocurrencies. It might be a new technology for some people and organizations, but it’s on the verge of creating a revolution in the world of technology and finance.

While some industries have started using blockchain in various sectors, there are plenty of others who are only now finding out the possibilities. Many applications are being tried and tested each day, adding to this exciting technology. And once these applications are made live for the global audience, blockchain will reshape the technology and lives of the people for good.

Here is another exclusive opportunity for all the blockchain enthusiasts. Join Caltech's blockchain bootcamp and become an expert in no time. You will learn how to build, create, and administer smart contracts, create both Public and Enterprise Blockchains and learn about Ethereum, Hyperledger, Multichain, and more. A bright future awaits you, start learning today!