Course Review: Propelling a Career by Upskilling in Data Science

The Growing Role of Data Science in Astronomy 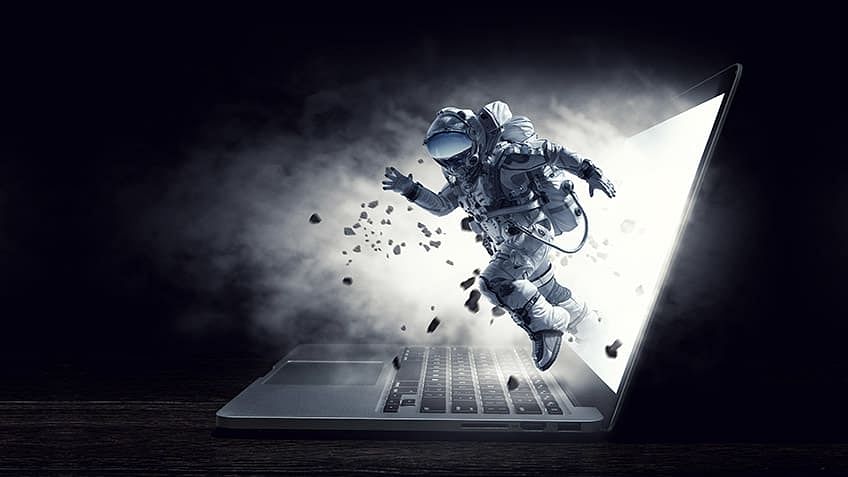 If data science can help companies in traditional walks of life like technology, manufacturing, and retail improve their businesses, imagine what it can do for highly advanced fields like astronomy. Space is infinite, and there is a plethora of amazing celestial objects just waiting to be observed and discovered. Astronomers now have the right technology instruments and lightning-fast data science tools (many powered by AI and machine learning) to finally perfect their ability to make sense of massively complex astronomical events, both nearby and far away.

Advances in Data Science in Astronomy

As it sounds, data-driven astronomy (DDA) generates astronomical knowledge based on archived data sets, which may or may not be directly associated with the research in question. A great example comes from the Galaxy Zoo project from 2007, where astrophysicists were tasked with classifying 900,000 images taken from the Sloan Digital Sky Survey over seven years to determine if galaxies were elliptical or spiral, and if they were spinning or not.

The massive amount of data involved made human analysis almost impossible. One person would have to work 24-7 for three to five years to complete it. The answer lies in creating new data science models to measure large empirical and simulation data sets. These data sets encompass data from solar missions, exoplanet survey data, sky surveys at varying wavelengths, gravitational wave detectors, and large-scale astronomical simulations. And together, they help the astronomers reach their important research objectives.

Data Science in Astronomy: Getting to Know Our Sun Better

The sun is perhaps the biggest potential source of energy for our planet. Solar energy is an important component of sustainability and clean energy efforts, not just for solar power but also as a natural example of fusion energy. But our understanding is limited to the data that scientists are able to collect. The sun’s temperature and vertical motion of solar plasma, for example, are relatively easy to observe, but horizontal motion is much harder, and it holds the key to many of the sun’s mysteries.

To solve the problem, scientists from the US and Japan build a neural network model to analyze data from multiple simulations of plasma turbulence. After training the neural network, it became possible to infer horizontal motion with only the vertical motion and temperature as references. This technique not only has broad implications for solar astronomy but also other sectors like plasma physics, fluid dynamics, and fusion research studies. Additional projects planned using this type of data will also be applied to high-resolution solar observations with the new SUNRISE-3 balloon telescope.

Another common use of data science in astronomy is that of crowdsourcing, or the process of using thousands of “citizen scientists” to combine their efforts to map the skies and analyze data en masse. A project called Exoplanet Explorers used data from the NASA Kepler space telescope to discover at least five exoplanets (outside our own solar system). It is the first multi-planet system that was discovered completely by crowdsourced data analysis efforts. The research first revealed a four-planet system, but later it was determined through further data analysis that a fifth planet was present. Over 14,000 volunteers participated in the crowdsourcing project, and they continue to view and analyze more data as it pours in over time.

Scientists have been searching for evidence of life on Mars for many years, and new robotic missions will soon deliver samples from the planet's surface. The missions will largely rely on mass spectrometry analysis to examine samples of sands on Mars to look for signs of past life. The amount of data that will need to be analyzed will be vast, so NASA needs new ways to analyze the samples quickly. To solve the challenge, NASA has partnered with global crowdsourcing company HeroX and data science vendor DrivenData to create the Mars Spectrometry: Detect Evidence for Past Life challenge (with a prize of $30,000 for the most innovative method of analysis).

By using machine-learning techniques, where huge data sets are crunched into new analytical models, the scientists hope to automate the process of chemical analysis and derive important conclusions more quickly. Individual competitors will need to develop the machine learning models to support analysis and help interpret data collected by the missions in in-situ samples and lab instruments. It is also expected that results will help future missions to Mars become faster and more efficient.

It's amazing what data science can do when it is applied to advanced fields like astronomy. Whether it’s creating new machine-learning models to analyze data at lightning speeds, the gathering of data from thousands of amateur astronomers, or advanced data science techniques being used by organizations like NASA, there’s no question that our data-driven world just gets more and more exciting all the time. Start your career in data science with Simplilearn's Data Science course.