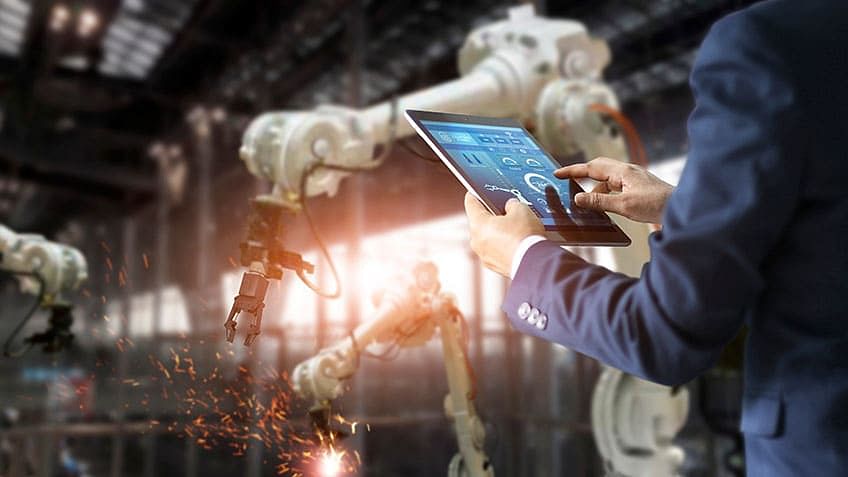 Thanks to the rapid development of smart, internet-enabled devices, such as sensors that detect irregularities on the production line in real time, businesses have become much more efficient over the last few years. In fact, those that fail to keep up will find it increasingly difficult to compete. Referred to as the Internet of Things (IoT), the use of connected, smart devices and systems is an integral part of Industry 4.0—the current iteration of the Industrial Revolution.

Still, even the best technology is useless in the absence of smart, coordinated human processes. That’s where Lean Six Sigma comes in.

The Lean methodology is focused on eliminating waste and any other aspects of a given process that don’t add value, while Six Sigma consists of tools and techniques meant to minimize defects and errors in a given process. Taken as a whole, Lean Six Sigma (LSS) aligns teams with a coordinated strategy for increasing efficiency while maintaining consistent, error-free processes.

While it’s commonly associated with manufacturing, LSS is being applied to a wide spectrum of industries embracing the broader ambitions of Industry 4.0. Below, we’ll take a closer look at how LSS is helping teams better implement IoT and other technologies, while eliminating waste and increasing consistency.

Industry 4.0 Is About More Than Just Technology

What good are the best tools of the trade if you don’t have the right processes in place to get the most out of them? Just because you’re behind the wheel of the world’s most advanced Formula One racing car doesn’t guarantee you the checkered flag; in fact, you may even crash and burn without proper training. But, by mastering LSS, teams are able to get behind the proverbial wheel and confidently navigate the latest technologies toward a successful outcome.

The devices and software used in an IoT environment, whether it’s in manufacturing, logistics, or some other industry, provide valuable feedback for organizations embracing an Industry 4.0 paradigm shift. However, as a 2019 report by the Association for Manufacturing Excellence (AME) points out, “merely applying technology to automate a process rarely works.”

To successfully deploy cutting edge IoT sensors, software, and other technologies associated with the digital transformation underway in most industries, you need to continually improve your processes. In order to do that, you first need to collect and evaluate data, in real-time, showing what’s happening on the assembly line, supply chain, and virtually all processes within the organization.

Value stream mapping is a Lean Six Sigma method that maps out the variables within a given process, thereby allowing organizations to identify waste and errors. We’ll discuss this in greater detail in the next section.

Imagine you own a small convenience store and have just noticed that your receipts don’t match your inventory. You suspect shrinkage (theft, perhaps?), so you install security cameras throughout your shop. After looking at the footage, you notice rats carrying away chips and candy bars at night. You also discover just by chance that your freezer’s thermostat is broken (melted ice was leaking out of the bottom) and your cashier has been throwing out spoiled ice cream without marking it out of stock.

Through analysis of the data (images from your security cameras and direct observation), you’re happy to know that people aren’t shoplifting as you originally suspected. After fixing the thermostat, talking to your cashier about marking spoiled goods out of stock, and setting rat traps, you begin to reduce the waste and errors you have detected. As you continue to monitor your cameras and consider other data, you fine-tune this process and, for example, move your best-selling items near the cash register.

In more complex organizations, this process of discovering waste, errors, and inconsistencies can be accomplished by using a value stream map. Originally developed within the Lean methodology but since folded into Lean Six Sigma, value stream maps provide visual representations of a given process with a detailed flow chart of options and expected results.

In an Industry 4.0 environment that employs IoT sensors and software, a value stream map may be used to identify waste in the following areas:

This approach is what made McDonald’s so successful. Founder Ray Kroc effectively “choreographed” the cheapest and most efficient methods for serving hamburgers and fries, boiling the process down to the bare essentials and maintaining consistency across its (now) tens of thousands of restaurants worldwide. He didn’t have the same technology we have today but employed similar processes for reducing waste and achieving consistency.

While LSS facilitates continuous improvement in an organization (tiny adjustments really add up, especially in hyper-competitive markets), it also allows teams to identify areas that are conducive to radical change. Most of the changes that are implemented through this process fall within the continuous improvement category. Analysis of your organization’s processes using a value stream map may show that you can save money by automating certain tasks, reconfiguring the workspace, or perhaps renting equipment instead of purchasing it.

For example, Ohio-based frozen food supplier Kahiki Foods began receiving premium surcharges from the local utility for poor water quality runoff from its plant. These extra charges totaled $204,000 in just one year alone. The company was legitimately committed to the environment and also needed to get its costs under control. They knew they needed to significantly reduce the “biological oxygen demand” (BOD) metric cited by the utility, so they applied a LSS approach to the problem.

Using the DMAIC roadmap that is so central to Lean Six Sigma, Kahiki set out to reduce the BOD rating of their water by 95 percent (and ultimately eliminate the surcharges). Here is how they navigated these steps:

Current operations were producing BOD waste levels that were 1,546 percent higher than the upper spec limit set by the utility. Their goal was to get this down by 50 percent and then make incremental improvements from there, with a long term goal of 95 percent reduction.

The team significantly increased its testing capabilities, locations, and frequency in order to get a more granular assessment of how and where BOD waste was being generated. This process necessitated better controls and accountability among staff.

By comparing their data to that of the industry average and current best practices, while performing benchmarking and regression analysis, they got a better understanding of relationships involving water consumption, production volume, and sump pumping practices.

As you can see from this example, process improvement is a human concern. While Kahiki does use technology to monitor the situation, they were able to achieve their goals through the use of LSS across the organization. As Industry 4.0 takes hold across a multitude of verticals, the importance of aligning human processes to take advantage of IoT devices and systems has never been more clear.

While Lean Six Sigma has been around for a while, particularly in manufacturing, its relevance across other industries has been elevated exponentially in the IoT-rich Industry 4.0 environment. Getting certified in LSS is a surefire way to take advantage of present trends and seize the future, and thankfully all you need is a reliable internet connection. Simplilearn’s comprehensive Post Graduate Program in Lean Six Sigma, in partnership with the University of Massachusetts Amherst will prepare you for a lucrative and in-demand career. Check out your options today.

Working With the Tools of Industry 4.0