What the GM Layoffs Mean for Employees Everywhere 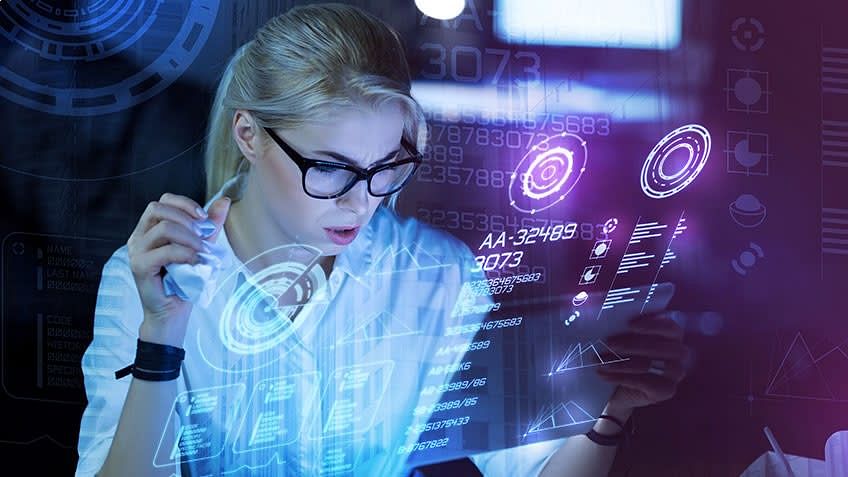 GM CEO Mary Barra is focused on the future. And we should all be paying attention to the moves she’s making. Barra made headlines—and irked President Trump—when she announced thousands of job layoffs in November 2018. But she’s not laying off employees and closing plants to cut costs. She’s doing so to position GM for the future, and it’s a future that awaits all of us, not just those working in the auto industry.

According to an insightful article at USA Today, Barra is discarding the old ways of doing things at GM in favor of preparing for what lies ahead: self-driving cars, electric vehicles and ride-sharing networks. And despite Trump threatening “a lot of pressure” to prevent the layoffs, financial analysts say these actions will help GM stay adaptable and avoid problems in the future.

In part, Barra’s decisions involved simply dumping what didn’t work or sell, like passenger cars, so the company can focus on what does sell, namely big SUVs. But she’s also looking forward to be able to focus on manufacturing fully battery-powered vehicles. In addition, Barra realizes self-driving vehicles are on the way, and the company should be proactive in that market. As a result, GM bought San Francisco-based self-driving car startup Cruise Automation for $1 billion in 2016.

As the article says, Barra is “transforming GM into a more efficient company that can survive the industry's long-expected shift toward autonomous vehicles.”

Employees everywhere should take note because GM won’t be the only company to lay off workers and change direction in order to adapt and stay relevant. You know times are changing when even old school GM is rethinking the future and divesting itself of the slow-selling models in part so they can focus on electric cars. Are you preparing yourself for these types of upheavals? Because they’re coming.

Employees Know They Need Upskilling, but…

When you look at the numbers, it seems like employees are aware something needs to change. They’re not blind to the speed at which technology is altering our world—and skillsets. Research shows employees are stressed about falling behind, with 42 percent worried they are already under-skilled for their current jobs. However, that worry doesn’t necessarily turn into action.

In some places, it does. Attitudes about upskilling and who should be responsible for it vary according to where in the world an employee is living and working, and one study found that globally 90 percent of employees believe regularly updating their skills is important for their careers. In addition, the study found 91 percent consider it their responsibility to make sure it happens.

In the U.S., however, employees feel very differently. According to a Ranstad study of employees in the U.S., while 67 percent said they need more training and skills to stay up-to-date, 40 percent said they wouldn't arrange or pay for upskilling on their own. These numbers do vary depending on age. Another study found 95 percent of Millennials believe professional development is important, and half of those are willing to spend their own time and money to get it—not that they necessarily are, but they would be willing.

You Can’t Count on Your Employer for the Upskilling

Here’s the problem with the American attitude that employers should be responsible for keeping employees’ skills current: If employees aren’t willing to pursue reskilling and upskilling on their own, they’re probably not going to be equipped for the skills of tomorrow, because they can’t assume the employers will watch out for them. The need for new skills is being felt in the corporate world, but that has yet to make employer-provided upskilling mainstream.

One study found 49 percent of employers are struggling to find employees with the skills needed, and one-fifth of those decide to hire and train instead…which begs the question, why aren’t they reskilling and upskilling existing employees? Maybe because many employers don’t believe it is their responsibility. And that’s why you can’t count on your employer to make the upskilling or reskilling a reality.

Consider AT&T as an example: AT&T has made it very clear to employees that it’s their job to be learning new skills on their own time, and that those who don’t spend five to 10 hours per week learning “will obsolete themselves with the technology.”

The message is clear: Staying current and qualified is the responsibility of the employees themselves, and woe to those who ignore the need to update their skillsets. Yes, a lucky few will work for companies that ensure employees get professional development and up-to-date training, but it seems that will be the exception, not the rule.

Choose to Upskill or Reskill on Your Own

If you’re willing to be proactive and position yourself for the jobs of tomorrow, it might be easier than you think—and obviously worth it. You probably don’t have to go back to school nor earn another degree. Upskilling and reskilling can happen through online courses and certifications that are done on your own time. This is particularly useful for those employees who have family obligations such as young children at home. Certifications earned during one’s free time are much easier to pursue than in-person classes or training. And as long as the certifications emphasize hands-on learning and current subject matter, they should provide useful learning you can apply at work right away – along with the credibility of certification.

Can you afford to be one of those employees who put the burden of upskilling on the employer? What if your employer is “GM-ed” and suddenly the company is moving forward, preparing for future technologies, and you’re left behind because your skills are inadequate or out-of-date? Who will be in charge of your upskilling if that happens? You. So shouldn’t you be in charge of keeping your skillset current now, before it’s too late?

Christina is a marketing communications and project management leader with over a decade of demonstrated experience and expertise. As a certified Pragmatic Marketer and Project Management Professional, Christina brings together the art and science behind these two disciplines to drive awareness and visibility to brands, while creating a functional environment that fosters creativity, operational effectiveness and high performance within teams. Her enthusiasm to work on strategic marketing initiatives and develop integrated campaigns really brings to life the creativity and interdisciplinary skills required to engage customers, prospects and business partners.