HomeResourcesQuality ManagementHow to Develop and Nurture a Six Sigma Culture

How to Develop and Nurture a Six Sigma Culture 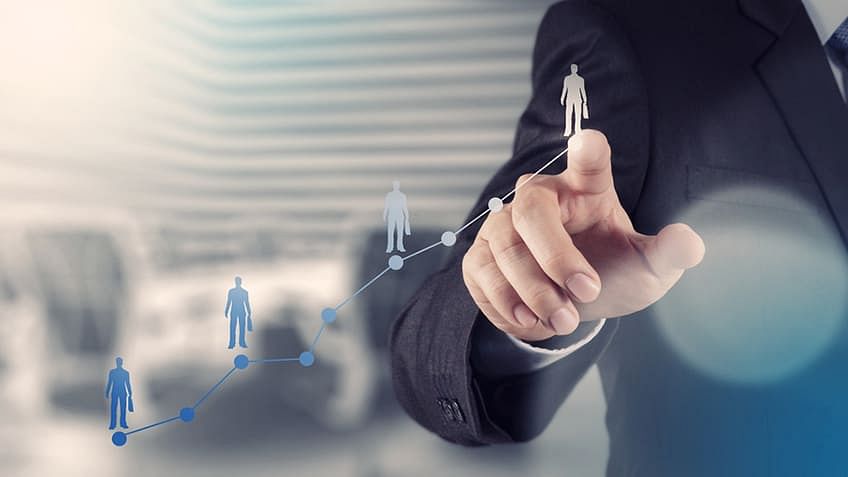 Six Sigma was first developed by Motorola in the 1980s and was made popular by its application and results at General Electric during the 1990s. Jack Welch was its most fervent promoter, who made it possible to increase the company's value by an astonishing 4,000%.

It focuses on improving customer satisfaction and business results by reducing process variability. All work is a process, and all processes have variability. Variability is part of nature, it’s everywhere.

DNA makes us unique human beings. Even with upbringing in the same environment, with the same family and learning at the same schools, brothers and sisters differ greatly in their personality. And much the same happens with organizations. Employee motivations vary, and employees may respond differently to the same salary increase or the same set of orders from a superior. Products differ from one another despite being manufactured using the same set of machinery, and service mileage varies even with the same employee. A thorough knowledge of variation will demonstrate, however, that problems need to be attributed to system issues, not to people being unwilling to do their jobs.

If we want to eliminate the sources of variation so that we can offer our customers consistently high product quality, we need to reduce the noise in the system. To achieve this, we need to base our decisions on hard data, as opposed to gut feeling. That way, we will be able to incorporate the changes that will really impact our results, improve the efficiency of our resources, reduce non-value added costs, and boost team morale.

Where does the term ‘Six Sigma’ originate from? In essence, Six Sigma refers to a statistical concept that refers to six standard deviations between the process mean and the nearest specification limit on either side. The first quality management standard is 1 sigma, which has a broader error tolerance threshold, while the finest quality management standard is 6 sigma, with which you will only have 3.4 errors or defects per million opportunities (DPMO). The standard deviation is measured in sigma units and represented by the Greek letter σ (sigma).

If your process is 5 sigma, it means that you have 233 DPMO and if it is 3 sigma, you have 66,811 DPMO. Imagine if a hospital has a 3 sigma level -there would be more than 60,000 incorrect drug prescriptions every year! Unfortunately, this is the quality level that is currently the norm in industry.

For a typical company operating at a 3 sigma level, the inevitable costs of countering and resolving errors could be as much as 25 to 40% of its sales, while with a 6 sigma standard, this could be cut down to below 5%.

Fortunately, the airline industry is on the right track. The sigma level of landings is around 6. Companies like Delta and Southwest use the Six Sigma methodology to continually improve performance. Nevertheless, no airline is currently using 6-Sigma for Customer/Passenger Satisfaction.

What Difference Culture Can Make?

Many businesses place a strong emphasis on Six Sigma training for staff members. Although extensive Six Sigma training is crucial, it is just the beginning. A company culture that fosters a Six Sigma mindset must support training in order to keep personnel from reverting to their previous, less productive practices.

Peter Drucker, a management consultant, says, "Culture eats strategy for breakfast." He could have easily been discussing Six Sigma. Regardless of the stated plan, people are more likely to fall back into their old problem-solving patterns when a company lacks the culture to support Six Sigma. The unfortunate truth is that Six Sigma initiatives are unlikely to succeed if they are not sown in the fertile ground of a welcoming culture.

Companies without a Six Sigma-friendly culture need not give up hope; culture can be modified.

Your Key to Six Sigma Career Success is Here!Enroll Now

Why Culture Is Important?

Organizations require a corporate culture that upholds these qualities and keeps workers from reverting to their old habits after Six Sigma training has been imparted to them and the transition is complete.

Employees are likely to progressively relinquish the authority they have gained via Six Sigma training and resort to their previous problem-solving methods in the absence of a company culture that supports the technique. Without the backing of a Six Sigma culture, a continuous improvement strategy built on the Six Sigma methodology is considerably more likely to fail.

What Is Lean Six Sigma Culture?

Here are the fundamentals of the idea in case you are unfamiliar. Lean Six Sigma combines the focus of LEAN (eliminating waste to streamline processes) and Six Sigma (cutting variation). It draws on the strengths of the two most widely used business process improvement approaches to develop a process improvement system based on the DMAIC approach. It is  a summary of the five steps that Lean Six Sigma practitioners employ to address process issues with a hidden root cause:

In essence, Lean Six Sigma and its tools are just a method for resolving issues within your company.

The idea of change management is applied to changing organizational culture. In four steps, it can change the corporate culture.

The idea of change management is applied to changing organizational culture. In four steps, it can change the corporate culture:

Leadership is the first step toward cultural change. Executives must take the initiative in praising Six Sigma and demonstrating real support for it. Employees that successfully integrate Six Sigma into their daily tasks benefit the firm in three different ways.

The time has come to implement Six Sigma after preparing the hearts and minds of the workforce for a culture change. Fortunately, Six Sigma training can be customized to each member's skills and needs. The more employees that acquire training, education, and certification, the more Six Sigma is ingrained in the culture.

Be Prepared for Anything

Maintaining a solid change management strategy will aid in the cultural shift's advancement. But every path to transformation is paved with unexpected obstacles that arise out of nowhere and necessitate prompt action. These difficulties may include a lasting fondness for the past or an unexpected resurgence of the past. The cultural transformation is kept on track by being willing to veer from the plan and being ready to meet obstacles as they appear.

Be Generous in Your Rewards

What you reward, you get more of. Businesses that give attractive rewards to staff members that uphold a Six Sigma culture will reap the benefits in the form of increased cultural support. In the long run, a Six Sigma culture is profitable. It offers qualified hands to remedy issues as well as trained eyes to spot problems.

Those who see Black Belt positions as prospects for advancement gain culturally when those Black Belts advance to significant executive roles. High-potential managers who have demonstrated their abilities in a specific function are given two years of Six Sigma leadership responsibilities. They get a broader understanding of how the company runs through the work they do on their own projects and through teaching others. They expand their network of relationships within giant corporations from which they can draw. The abilities they gain as Black Belts are precisely the abilities today's leaders need to be successful:

A crucial component of developing a Six Sigma culture is process-related dashboards. This adds daily attention to process performance to the work on improvement projects.

The majority of managers frequently switch between strategies and actions. Dashboards are a tool for carrying out plans. Managers are more careful and well-rounded in their decisions when they connect the process to business objectives and activities.

The Process of Change

The ideas and behaviors that are considered to be typical inside an organization can undergo significant change as a result of Six Sigma. How work is done begins to alter as education, and practical problem-solving are combined. More people are becoming aware of procedures and improvements. Companies that have established enduring Six Sigma cultures view the methodology as a chance for leadership development in addition to project work and training.

As more Six Sigma "graduates" take on line management responsibilities, they inevitably incorporate Six Sigma methodologies into their regular tasks. They involve everyone (whether they are currently engaged in an improvement project or not) in analyzing process-related performance and committing to improvement by utilizing dashboards in routine operations review sessions. What is the approximate time frame for developing a Six Sigma culture? It usually takes three to five years for businesses. Less time will be needed for those that are starting with a process-oriented company, a culture of team-based improvement, and a quality legacy. It will take longer for individuals who don't have those foundational pieces when they begin.

How Can You Apply Lean Six Sigma at Your Work?

Six Sigma follows a step-by-step approach to problem solving known as DMAIC: define, measure, analyze, improve and control. As Juran -one of the pioneers of quality management- once put it, “all improvement happens project by project, and in no other way”. The idea is that if you get your employees to develop improvement projects every time they have a problem, they will start to get involved in the quality culture. Their approach towards problem solving will eventually change and they will start embracing continuous improvement. The power of projecxts is that everyone involved:

To finish off, another great plus with the project-by-project approach is that it’s cost effective, as you don’t need a huge investment to begin with. All you need to do is train your team, and projects delivering quality results will follow. Sounds easy, don’t you think?