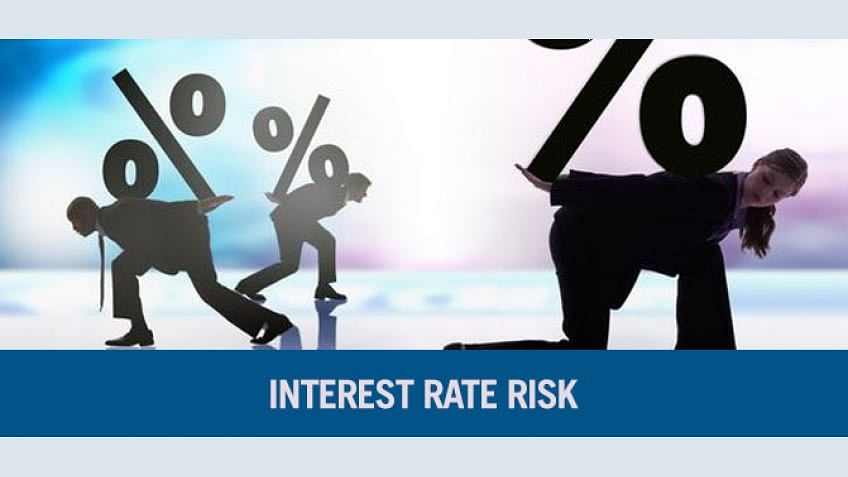 Interest rate risk analysis is almost always based on simulating movements in one or more yield curves using the Heath-Jarrow-Morton framework to ensure that the yield curve movements are both consistent with current market yield curves and such that no riskless arbitrage is possible. The Heath-Jarrow-Morton framework was developed in early 1991 by David Heath of Cornell University, Andrew Morton of Lehman Brothers, and Robert A. Jarrow of Kamakura Corporation and Cornell University.
There are a number of standard calculations for measuring the impact of changing interest rates on a portfolio consisting of various assets and liabilities. The most common techniques include:

Definition: The duration of a financial asset that consists of fixed cash flows, for example, a bond, is the weighted average of the times until those fixed cash flows is received. When an asset is considered as a function of yield, duration also measures the price sensitivity to yield, the rate of change of price with respect to yield or the percentage change in price for a parallel shift in yields.
Duration is an estimated measure of the price sensitivity of a bond to a change in interest rates. It can be stated as a percentage or in dollar amounts. It can be helpful to "shock" or analyze what will happen to a bond when market rates increase or decrease.
Types of Duration Calculation:

Macaulay Duration: The weighted average term to maturity of the cash flows from a bond. The weight of each cash flowis determined by dividing the present value of the cash flow by the price and is a measure of bond price volatility with respect to interest rates.
Macaulay duration can be calculated by:

Modified Duration: This is a formula that expresses the measurable change in the value of security in response to a change in interest rates. It is calculated as follows:

In which, n = number of coupon periods per year and YTM = the bond's yield to maturity

Let's assume that yields increase by 25bps, causing the price to decline to 93.

Therefore, the price changes by 2.1%. Now let's assume that yields decrease by 25bps, causing the price to increase to 98. As a final step, just average the two percentage price changes for a 1 basis points move in rates.

Why bond convexities may differ

The price sensitivity to parallel changes in the term structure of interest rates is highest with a zero-coupon bond and lowest with an amortizing bond (where the payments are front-loaded). Although the amortizing bond and the zero-coupon bond have different sensitivities at the same maturity, if their final maturities differ so that they have identical bond durations they will have identical sensitivities. That is, their prices will be affected equally by small, first-order, (and parallel) yield curve shifts. They will, however, start to change by different amounts with each further incremental parallel rate shift due to their differing payment dates and amounts.

For two bonds with same par value, same coupon and same maturity, convexity may differ depending on at what point on the price yield curve they are located.

Suppose both of them have at present the same price yield (p-y) combination; also you have to take into consideration the profile, rating and more of the issuers: let us suppose they are issued by different entities. Though both bonds have same p-y combination bond A may be located on a more elastic segment of the p-y curve compared to bond B. This means if yield increases further, price of bond A may fall drastically while price of bond B won’t change, that is bond B holders are expecting a price rise any moment and are therefore reluctant to sell it off, while bond A holders are expecting further price-fall and ready to dispose of it.

This means bond B has better rating than bond A. So the higher the rating or credibility of the issuer the less the convexity and the less the gain from risk-return game or strategies; less convexity means less price-volatility or risk; less risk means less return.

There are two types of swaption contracts:

A payer swaption gives the owner of the swaption the right to enter into a swap where they pay the fixed leg and receive the floating leg.

A receiver swaption gives the owner of the swaption the right to enter into a swap in which they will receive the fixed leg and pay the floating leg.