Best Job Roles for Programmers in 2021 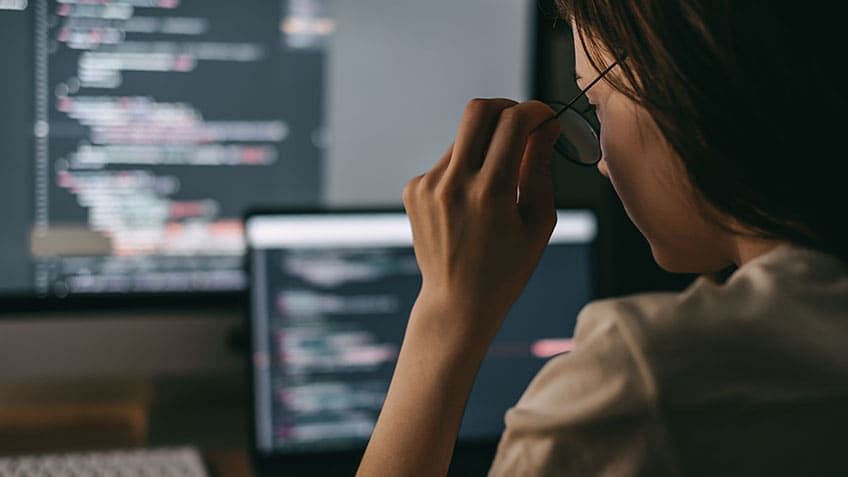 The fast-growing market is opening up a multitude of opportunities for computer programming professionals. From cloud analysts to web and mobile developers, quality assurance (QA) engineers to business intelligence analysts, companies around the world are recruiting computer programmers in a variety of job roles.

Below is a list of the best job roles for programmers in 2021, including the skills required and the average salary for each position.

Proficient programmer analysts conceptualize and understand software applications from both end-user and technical perspectives, ensuring that systems of an organization meet the requirements from both points of view. The skills that a programmer analyst must have include:

The average salary of a programmer analyst in the United States is $75,519/year.

In the United Kingdom, a programmer analyst receives £42,033/year.

In India, a programmer analyst's average salary is ₹416,740/year.

One of the best job roles for programmers in 2021, the CRM technical developer, is in charge of supervising the implementation, operation, and design of enterprise Customer Relationship Management (CRM) systems.

CRM technical developers interact with system users across an organization to identify system requirements. They create technical support documents that describe system capabilities, and they also assign roles, workflows, and processes under the CRM system.

CRM technical developers should have the following skills:

In the United States, the average salary of a CRM technical developer is $70,000/year.

A CRM technical developer's average salary in the United Kingdom is £34,000/year.

Since it is a relatively new field, many employers are struggling to find quality candidates with desired skillsets. The shortage of supply and the rising demand is making the cloud analyst job one of the best job roles for programmers in 2021.

The key skills of a cloud computing analyst are:

The average cloud computing analyst salary in the United Kingdom is £62,500/year.

Enterprise Resource Planning projects are among the most time-consuming, expensive, and major projects that organizations undertake. The success and effectiveness of ERP projects rely heavily on ERP developers, who play a vital role in customizing and implementing ERP packages.

Mandatory skills of an ERP developer include:

In India, the average salary of ERP developers is ₹405,880/year.

One of the best job roles for programmers, application architects require the following skill sets:

In the United Kingdom, the average salary of application architects ranges between £43000/year to £75000/year.

In India, the average salary of application architects is ₹18,65,932/year.

Mobile application developers must be adept in these skills:

How to Land the Best Programming Job?

Ideally, programmers should have a bachelor's degree, but nowadays, many leading organizations place less emphasis on a 4-year bachelor's degree. Instead, they prefer to recruit candidates who have obtained an industry-recognized certification from a world-class institution such as Simplilearn. You can check out the Post Graduate Program in Full Stack Web Development to get a hands-on experience in a Full Stack Programming bootcamp-like pedagogy.

Whether you are a beginner or a professional, Simplilearn's broad range of online programming courses, from Python to C++ and R, will make you ready to go in no time.