How to use Node Js for Backend Web Development in 2023 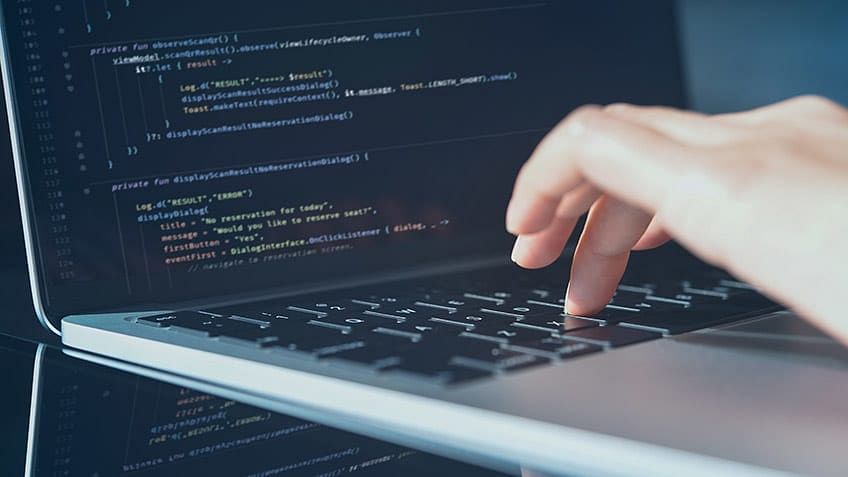 Node.js is a server-side platform based on the JavaScript Engine in Google Chrome. It was created by Ryan Dahl in 2009, and the most recent version is v0.10.36. This is a cross-platform runtime environment for developing server-side and networking applications that are open source. Node.js programs are written in JavaScript and run on the Node.js runtime on OS X, Microsoft Windows, and Linux. Node.js also comes with a big library of JavaScript modules, which makes developing Node.js web applications much easier.

The Node js program runs in a single process rather than establishing a new thread for each request. Blocking behavior is the exception rather than the rule in Node.js, because the standard library offers a set of asynchronous I/O primitives that prevent JavaScript code from blocking, and libraries in Node.js are frequently written using non-blocking paradigms. The popularity of Node.js is skyrocketing right now. Netflix, Uber, PayPal, Twitter, and more well-known companies are presently using Node.js. According to StackOverflow's 2021 Developer Survey, Node.js is the 6th most popular technology among programmers, with nearly one-third of professional developers putting it as their first preference.

Is Node.js Used for Frontend or Backend?

Node.js is sometimes misunderstood by developers as a backend framework that is exclusively used to construct servers. This is not the case; Node.js can be used on the frontend as well as the backend. The event-driven, non-blocking nature of Node.js frameworks is one of the reasons it is a popular choice for developers designing a flexible and scalable backend.

Some of the reasons why Node.js is suitable for both backend and frontend development are:

With the support of frameworks like Express.js and Meteor.js, JavaScript is a common language for writing both backend and frontend code. Express.js is used as a backend in certain popular stacks, such as MERN (a Node.js framework). Between the frontend and the backend, multiple components can be reused.

A significant amount of developer time can be saved by reducing context switching between several languages. Because many technologies are common for both backend and frontend, using JavaScript for both leads to enhanced efficiency.

The speed of a successful development cycle is influenced by the presence of a vibrant online community. When we're stuck on a problem, chances are someone else has already solved it and shared their answer on Stack Overflow. This community, which is active and engaged when it comes to the popular runtime and its packages, is heavily utilized by Node.js.

Some jobs are still difficult to accomplish with Node.js, so various frameworks have been created to help.

The following are some of the most popular Node.js frameworks:

What Is the Purpose of Node.js?

The main purpose behind using Node.js is that it provides speed. Data processing and client-server interaction, development, and progression and all carried out speedily. As a result, Node.js provides event-driven two-way connections between the client and the server, allowing both parties to begin communication and data exchange. Because of its unique I/O approach, Node.js excels in the types of scalable and real-time circumstances that we're increasingly asking of our web servers.

How Is Node.js Different from Web JavaScript?

Node.js also contains a large number of related libraries, which we often use in javascript for general-purpose programming. It's a type of interpreter or environment that can represent JavaScript and run any JavaScript program. It mostly assists us in doing non-blocking operations such as obtaining operating system-specific information such as certificate or hardware data. It allows us to utilize JavaScript in ways other than the browser, such as writing, executing, or constructing a shell script, using backend services, or running on hardware.

According to the Node.js 2018 User Survey, over 85% of respondents use Javascript runtime in their web apps. Furthermore, it was discovered that Node.js' average usage consistency spanned more than two years, giving it an advantage over its competitors.

The ability of Node.js-based web apps to multitask is quite beneficial. Its single-threaded, event-driven architecture, unlike other platforms, effectively processes several concurrent requests without clogging RAM. Furthermore, its event-loop and non-blocking I/O operations allow code to be executed at a rate that substantialyl impacts the overall performance of the application. Google has released the V8 benchmark set to improve Node.js speed by introducing quicker execution, better compilers, security patchworks, and the capacity to scale.

The cluster module is one of the many characteristics of the cutting-edge technology. It enables load balancing across several CPU cores, making it simple to achieve desired results using smaller modules without exhausting RAM. Furthermore, Node.js uses a non-blocking event-loop system that provides excellent scalability and allows the server to respond to requests quickly.

With millions of active developers in the Node.js community, we can anticipate substantial help from development specialists all over the world to address even the most unusual development difficulties.

NPM, a JavaScript package manager, is the world's largest package manager registry. It comes with a variety of tools and libraries that we may utilize right away in our project. On GitHub, we'll also find a wide collection of resources — ready-to-use solutions, codes, modules, libraries, and registries – created by developers to help us get more done with less.

Many big IT companies, such as Amazon, Google, Facebook, and Netflix, support this thriving community, further enhancing the benefits of Node.js. Many open-source solutions have been developed as a result of their contributions. Acceptance by tech behemoths, as well as the development community, has guaranteed the presence and growth of technology in the near future.

Node.js provides full-stack development capabilities, allowing us to construct a team that is focused on improving our development life cycle and also letting us respond to problems quickly. This work environment promotes higher productivity and allows us to properly resolve and fix problems. As a result, our time-to-market is more likely to be reduced.

With its single-threaded event-loop paradigm, Node.js provides a non-blocking asynchronous architecture while using fewer resources and producing fewer threads. This improves the responsiveness of our program by allowing it to handle several concurrent users.

The most significant drawback of Node.js is its lack of consistency. The API for Node.js changes regularly, and the updates are frequently incompatible with previous versions. When this occurs, programmers are compelled to make changes to the old code base in order for it to be compatible with the new version.

Node.js receives a large CPU-driven task in its event loop; it makes use of all of its CPU power to complete the work. This causes the whole event loop to slow down, further obstructing the user interface of our program.

To address this, Node.js released the "worker threads" module in 2018, which allowed developers to run several threads at the same time. This technique, however, does not fully prepare us to deal with CPU-bound computing difficulties.

Because of its asynchronous nature, the technology generally responds quickly to callbacks. This function runs only after each task in the queue, allowing numerous queued tasks to continue processing in the background. Callback hell, as it's often known, could occur as a result of the callback. This has a direct impact on the code's performance and quality. This constraint makes it difficult to comprehend and maintain the code.

Hackerrank has identified the main student talent trends impacting university recruiting each year based on polls of over 10,000 student developers. Every year, students tune into the talent pool and enroll in the industry's trending demands in order to stay ahead in this competitive market. The tech behemoths are infamous for their fierce competition for top talent, with Amazon, Facebook, and LinkedIn exhibiting each year at the career expo. Unfortunately, demand is outpacing supply, and there aren't enough experienced Node.js developers to meet the market's demands.

If an exception makes its way into the event loop's core, the entire application may crash, with no way of recovering the state of the user session before the crash. External systems can be leveraged to solve this problem; alternatively, as previously indicated, modules such as 'forever' can be used to build up callback parameters that return the error to the caller.

Where to Start With Node.js?

The official guide (Node.js official site) is the ideal place to start studying Node.js because it covers all of the fundamental principles.

Once our server is up and running, we can dig into the realm of Node.js and test out various key frameworks and relational databases, such as Nest.JS, express.js, and forever, to get a sense of how JavaScript dependencies are used. After that, we'll be ready to start learning by creating our own apps.

Why Is Node.js Popular?

Node.js is a rapidly evolving and promising environment that is poised to solve and reduce many of the development challenges that our app team may face. Its utility is expected to become clearer to many programmers in the coming years. Many businesses have put their faith in Node.js to build their applications, and they've already seen excellent outcomes. Rather than restricting themselves to the limitations of typical functional teams, developers are using Node.js to broaden their horizons and become full stack experts.

The benefits of Node.js are likely to exceed our expectations, thanks to its rising reputation, community, and use-cases.

Node.js is a fantastic tool for building scalable and high-performing online applications. Our developers, as well as the firms with whom we collaborate, enjoy taking advantage of the benefits of Node.js. It provides a perfect blend of performance, size, and speed, enabling use cases critical to web projects. Our applications can benefit a lot from using Node.js. We hope that this article was able to give you a thorough knowledge of Node.js's use, important features, importance, and how we can use it in our software development projects.

If you are interested in learning more about Node.js and other related concepts, you can enroll in Simplilearn’s exclusive Full Stack Web Development Certification Course and accelerate your career as a software developer. The program comprises a variety of software development courses, ranging from the fundamentals to advanced topics.