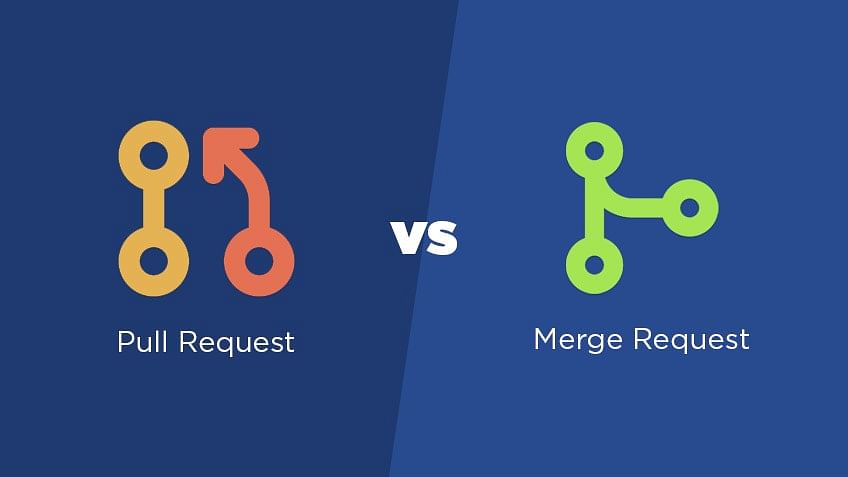 Git is recognized as one of the most popular distributed version control systems available today and is a versatile resource that, among other things, promotes cooperation and collaboration. Users can do so much with Git, and there's a plethora of tools and options available. However, the sheer scope of possibilities sometimes gets overwhelming, especially when figuring out what each tool does.

Granted, the terminology can get confusing. For instance, what’s the difference between a Git merge pull request and a Git merge branch? But hopefully, this article will eliminate any confusion and help you get the most out of your Git experience.

Let’s start with some basic definitions.

What Is a Pull Request?

Pull requests are a GitHub and Bitbucket-specific feature that offers an easy, web-based way to submit your work, alternately called “patches,” to the project. The name “pull request” comes from the idea that you’re requesting the project to “pull” changes from your fork.

You initiate a pull request when you’re ready to begin merging new changes in the code to the project’s main repository. You’re informing the rest of the project team about your intentions. This request allows the team to discuss and review the suggested changes, perhaps even adding follow-up commits, before the changes are merged with the base branch.

The Git pull command is a combination of Git merge and Git fetch, meaning that the source code will get downloaded, and if this code’s reference is indicated, all changes will be combined.

Let’s take an aside and explain Git fetch. Git fetch downloads new data from a user’s remote repository. However, this data isn’t combined with the working files. Git fetch is a great way to get an up-to-date view of everything that’s happened on a remote repository but doesn’t change anything. That’s why you can (and should) run a Git fetch frequently.

What Is a Merge Request?

A merge request is simply a request from a user to merge their code from one branch to another, typically to the master branch. Like the Git pull request, the Git merge request allows the team members to discuss the suggested changes and merges, offering feedback and possibly adding new commits to make the process smoother.

Git merge requests (MR) are the foundation of the GitLab version control platform. They are called merge requests because their final action is merging the branch with the main feature branch.

So, how does a Git pull request differ from a Git merge request?

The Difference Between a Pull Request vs. Merge Request

Both requests encourage collaboration among team members. Git pull and Git merge both ask the receivers to check out the suggested branch merge, and prompt them for feedback and possible commits. Consider it the web-based version of saying to a project team, "Hey guys, I've been working on this cool thing, and I want to add it to our collective work. Is everyone cool with this? If not, can you suggest any edits or tweaks? Otherwise, I plan to add my work now."

So, both pull and merge requests gather changes from other branches or forks and merge the changes with the existing code.

Remember that, in both cases, there’s a difference between the request and the command. For example, users initiate a pull request because they want to execute a Git pull command, and users submit a merge request when they want to run Git merge.

The Benefits of Pull Requests and Merge Requests

Not only are pull requests and merge requests similar, but they also both offer the same benefits to the Git developer team. Granted, users can just use a simple Git command to accomplish what a pull request or a merge request can do, and it makes sense that people would ask, “why bother?”

However, both requests have benefits that can last throughout the project’s lifecycle.

The Mechanisms Behind Pull Request vs. Merge Request

Git pull or merge requests work by enabling developers to make new features or kill bugs without altering the project’s main code or what the users see. Thus, developers can write and test code changes in a local environment without worrying about ruining the overall product.

Both pull and merge requests follow this basic process:

Do You Want to Be a Java Full-Stack Developer?

According to the United States Bureau of Labor Statistics, digital designers' and web developers' employment is expected to grow 13 percent through 2030, faster than the average of all other occupations. So if you want to either make a career change or just upskill your web developer talents to cover all programming needs from start to finish, Simplilearn has everything you need to polish up your skill set.

So, if you’re ready to either boost your versatility as a programmer or switch careers, check out Simplilearn and see how their training and educational resources can work for you. The demand for Java full-stack developers will be strong for the foreseeable future. So why not take advantage of this rewarding, in-demand job market? Visit Simplilearn today, and start making a better professional future!

Python Requests: Here's Everything You Should Know